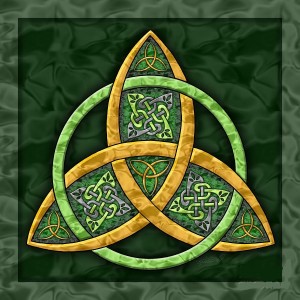 “I have done an exhaustive search on the three in one godhead. There are so many scriptures to support it. One of the most plainly spoken is 1 John 5:7.”

One of the favorite verses used to support the theory that God is made up of three persons is 1 John 5:7. Let’s read this verse and then its context and find out just what it is saying to us. It says: “For there are three that bear record in heaven, the Father, the Word, and the Holy Ghost: and these three are one.” (1 John 5:7)

When we read the next verse we find a very similar statement. It says, “And there are three that bear witness in earth, the Spirit, and the water, and the blood: and these three agree in one.” (1 John 5:8) Again we read of three, but instead of bearing “record in heaven,” they “bear witness in earth.” The words “record” and “witness” come from the same Greek word in the very same form, and can be translated alike.

Verse 8 says, “there are three that bear witness in earth.” Again, we must ask “three what?” Are there three persons? three beings? three Gods? From the context we find that it can be none of these. These three are said to be “the Spirit, and the water, and the blood.” Verse six explains what these are where it says, “This is he that came by water and blood, even Jesus Christ; not by water only, but by water and blood. And it is the Spirit that beareth witness, because the Spirit is truth.” (1 John 5:6)

From this verse we find that two of the three, the water and the blood, cannot possibly be persons, yet they bear record in the earth. How do they bear record? This is easy to learn when we see how the Spirit bears record on the earth. Paul wrote, “The Spirit itself beareth witness with our spirit, that we are the children of God.” (Romans 8:16) This occurs on the earth. The water and the blood also bear witness that we are the children of God. The water by baptism, and the blood by cleansing “us from all sin.” (1 John 1:7)

If the three that bear witness on the earth are not separate individual persons, then there is no guarantee that the three that bear witness in heaven are separate persons. Also, verse eight helps us to understand how the three in heaven are one. Verse eight says, “these three agree in one,” or in other words the record that they bear is in agreement. So it is not the three, the water, the blood, and the Spirit, that are one, but the three records that are one. This is also true about the previous verse, the record of the Father, the Word and the Spirit is the same record. They all bear record that we are the children of God, and their record is in agreement.

First John 5:7 does not prove that there are three persons in one God. If we wish to find evidence from the Bible that God is composed of three persons we must look elsewhere.

As a side note to this, I encourage you to read any Bible commentary on 1 John 5:7, most of which declare that the words “in heaven, the Father, the Word, and the Holy Ghost: and these three are one. And there are three that bear witness in earth” were not found in any Greek manuscripts before the 15th century, and were added into the Latin Vulgate by mistake of a copyist who included a marginal note in the text. For this reason most of the newer Bible translations leaves these words out, or include them in italics to indicate their questionable nature.

I hope this helps to clarify this verse.