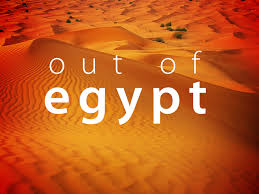 “Could you please do a study on Exodus chapter 33 on who led the children of Israel into the land of Canaan?”

This is a very good question. In verse 9 of this chapter we read, “And it came to pass, as Moses entered into the tabernacle, the cloudy pillar descended, and stood at the door of the tabernacle, and the LORD talked with Moses.” (Exodus 33:9) Here we read that the LORD talked with Moses out of the cloudy pillar. Let us notice some other verses in the Bible that help us to understand who was in that cloud.

This seeming contradiction is clarified in the following verses: God said, “Behold, I send an Angel before thee, to keep thee in the way, and to bring thee into the place which I have prepared. Beware of him, and obey his voice, provoke him not; for he will not pardon your transgressions: for my name is in him. But if thou shalt indeed obey his voice, and do all that I speak; then I will be an enemy unto thine enemies, and an adversary unto thine adversaries. For mine Angel shall go before thee, and bring thee in unto the Amorites, and the Hittites, and the Perizzites, and the Canaanites, the Hivites, and the Jebusites: and I will cut them off.” (Exodus 23:20-23) Here we can see that God is speaking of sending His Angel before the Israelites to lead them, and that God’s name is in Him. This must be referring to the Son of God. The term “the angel of the LORD” refers to Christ in Exodus 3:2 and other texts. Please be aware that when the word “angel” is applied to Christ it is not used to describe His nature, for in that respect He is “so much better than the angels.” (Hebrews 1:4) When the word “angel” is applied to Christ it used in the sense of Him being God’s “messenger” as in Malachi 3:1 rather than a description of His physical makeup.

Additional evidence that “the angel of the Lord” who led the children of Israel in the wilderness is not a mere angel is the fact that He received worship. “And all the people saw the cloudy pillar stand at the tabernacle door: and all the people rose up and worshipped, every man in his tent door.” (Exodus 33:10) Literal angels refuse to receive worship. (Revelation 19:10)

The fact that Moses was able to see His face proves that the One in the pillar of fire was Christ rather than His Father, for “no man hath seen, nor can see” the Father. (1 Timothy 6:16) Yet, the One who was in the cloud “spake unto Moses face to face, as a man speaketh unto his friend.” (Exodus 33:11) Moses said the Egyptians had “heard that thou LORD art among this people, that thou LORD art seen face to face, and that thy cloud standeth over them, and that thou goest before them, by day time in a pillar of a cloud, and in a pillar of fire by night.” (Numbers 14:14) At times in the Old Testament, Christ is referred to as “LORD,” (Yahweh, or Jehovah) which is the sacred name of God. This name, Christ “obtained” from His Father “by inheritance.” (Hebrews 1:4)

From all that we have seen, it is evident that Christ, the Son of God, led the children of Israel into the land of Canaan. The apostle Paul confirmed this conclusion when he wrote, “Moreover, brethren, I would not that ye should be ignorant, how that all our fathers were under the cloud, and all passed through the sea; And were all baptized unto Moses in the cloud and in the sea; And did all eat the same spiritual meat;And did all drink the same spiritual drink: for they drank of that spiritual Rock that followed them: and that Rock was Christ.” (1 Corinthians 10:1-4)