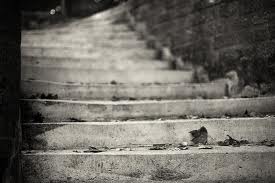 Unbelieving Israel, not having the righteousness which is of faith, and so not appreciating the great sacrifice that the Heavenly Father has made, sought righteousness by virtue of the offering itself and because of the merit of presenting the offering.

Thus was perverted every form of service and everything which God had appointed to be the means of expression to a living faith and which could not have any real meaning except by the living presence and power of Christ Himself in the life. And even this was not enough. For, not finding the peace and satisfaction of an accomplished righteousness in any of this nor in all of it together, they heaped upon these things which the Lord had appointed for another purpose, but which they had perverted to purposes of their own invention—they heaped upon these things ten thousand traditions, exactions, and hair-splitting distinctions of their own invention, and all, all, in a vain hope of attaining to righteousness. For the rabbis taught what was practically a confession of despair, that “If but one person could only for one day keep the whole law and not offend in one point—nay, if but one person could but keep that one point of the law which affected the due observance of the Sabbath—then the troubles of Israel would be ended and the Messiah at last would come.” —Farrar, “Life and Work of St. Paul,” p. 37. See also pp. 36, 83. What could possibly more fittingly describe a dead formalism than does this? And yet for all this conscious dearth in their own lives, there was still enough supposed merit to cause them to count themselves so much better than other people that all others were but as dogs in comparison.

It is not so with those who are accounted righteous by the Lord upon a living faith freely exercised. For when the Lord counts a man righteous, he is actually righteous before God, and by this very fact is separated from all the people of the world. But this is not because of any excellence of his own nor of the “merit” of anything that he has done. It is altogether because of the excellence of the Lord and of what He has done. And the man for whom this has been done knows that in himself he is no better than anybody else, but rather in the light of the righteousness of God that is freely imparted to him, he, in the humility of true faith, willingly counts others better than himself. (Philippians 2:3)

This giving themselves great credit for what they themselves had done and counting themselves better than all other people upon the merit of what they had done—this were at once to land men fully in the complete self-righteousness of Pharisaism. They counted themselves so much better than all other people that there could not possibly be any basis of comparison. It seemed to them a perfectly ruinous revolution to preach as the truth of God that “there is no respect of persons with God.” (Romans 2:11)

And what of the actual life of such people, all this time? O, it was only a life of injustice and oppression, malice and envy, variance and emulation, backbiting and talebearing, hypocrisy and meanness, boasting of their great honor of the law, and through breaking the law dishonoring God, their hearts filled with murder and their tongues crying loudly for the blood of One of their brethren, yet they could not cross the threshold of a Roman tribunal “lest they should be defiled!” (John 18:28) Intense sticklers for the Sabbath, yet spending the holy day in spying, treachery and conspiracy to murder.

What God thought and still thinks of all such ways as this is shown plainly enough for our present purpose, in just two short passages of scripture. Here is His word to Israel—the ten tribes—while yet their day lingered:

“I hate, I despise your feast days, and I will not smell in your solemn assemblies. Though ye offer me burnt offerings and your meat offerings, I will not accept them: neither will I regard the peace offerings of your fat beasts. Take thou away from me the noise of thy songs; for I will not hear the melody of thy viols. But let judgment run down as waters, and righteousness as a mighty stream.” (Amos 5:21-24)

And to Judah near the same time He said the same thing in these words:

“Hear the word of the LORD, ye rulers of Sodom; give ear unto the law of our God, ye people of Gomorrah. To what purpose is the multitude of your sacrifices unto me? saith the LORD: I am full of the burnt offerings of rams, and the fat of fed beasts; and I delight not in the blood of bullocks, or of lambs, or of he goats. When ye come to appear before me, who hath required this at your hand, to tread my courts? Bring no more vain oblations; incense is an abomination unto me; the new moons and sabbaths, the calling of assemblies, I cannot away with; it is iniquity, even the solemn meeting. Your new moons and your appointed feasts my soul hateth: they are a trouble unto me; I am weary to bear them. And when ye spread forth your hands, I will hide mine eyes from you: yea, when ye make many prayers, I will not hear: your hands are full of blood.

“Wash you, make you clean; put away the evil of your doings from before mine eyes; cease to do evil; Learn to do well; seek judgment, relieve the oppressed, judge the fatherless, plead for the widow. Come now, and let us reason together, saith the LORD: though your sins be as scarlet, they shall be as white as snow; though they be red like crimson, they shall be as wool.” (Isaiah 1:10-18)

The Lord Himself had appointed these feast days and solemn assemblies, these burnt offerings, meat offerings, and peace offerings, but now He says He hates them and will not accept them. Their fine songs sung by their trained choirs and accompanied with instruments of music, making a grand display—all this that they got off for wonderfully fine music He called“noise,” and wanted it taken away.

He had never appointed any feast days nor solemn assemblies nor sacrifices nor offerings nor songs for any such purpose as that for which these were used. He had appointed all these as the means of worshipful expression of a living faith by which the Lord Himself should abide in the heart and work righteousness in the life, so that in righteousness they could judge the fatherless and plead for the widow and so that judgment could run down as waters and righteousness as a mighty stream.

Songs sung in the pomp and stylish intonation of a vain show are but “noise,” while the simple expression, “Our Father,” flowing from a heart touched by the power of a true and living faith and “spoken in sincerity by human lips is music” which enters into the inclining ear (Psalm 116:2) of the Heavenly Father and brings divine blessing in power to the soul.

This and this alone is what He had appointed these things for and never, never to be used in the hollow pretense of a dead formalism to answer in righteousness for the iniquity of a carnal heart. Nothing but the washing away of the sins by the blood of the Lamb of God and the purifying of the heart by living faith—nothing but this could ever make these things acceptable to Him who appointed them.

Even this side of the cross of Christ, which itself should be the everlasting destruction of it, the same dead formalism, an empty profession, has exalted itself, and has been the bane of the profession of Christianity everywhere. Very soon, unconverted men crept into the church and exalted themselves in the place of Christ. Not finding the living presence of Christ in the heart by living faith, they have ever since sought to have the forms of Christianity supply the lack of His presence, which alone can give meaning and life to these forms.

In this system of perverseness, regeneration is through the form of baptism and even this by a mere sprinkling of a few drops of water. The real presence of Christ is in the form of the Lord’s supper. The hope of salvation is in being connected with a form of the church. And so on throughout the whole list of the forms of Christianity, they have heaped upon this, ten thousand inventions of their own in penances, pilgrimages, traditions and hair-splitting distinctions.

And as of old and always with mere formalists, the life is simply and continually the manifestation of the works of the flesh—strife and contention, hypocrisy and iniquity, persecution, spying, treachery, and every evil work. This is the Papacy.

This evil spirit of a dead formalism, however, has spread itself far beyond the bounds of the organized Papacy. It is the bane of the profession of Christianity everywhere today, and even the profession of the Christianity of the third angel’s message has not entirely escaped it. It is to be the worldwide prevailing evil of the last days up to the very coming of the Lord in glory in the clouds of heaven.

For “this know also, that in the last days perilous times shall come. For men shall be lovers of their own selves, covetous, boasters, proud, blasphemers, disobedient to parents, unthankful, unholy, without natural affection, truce-breakers, false accusers, incontinent, fierce, despisers of those that are good, traitors, heady, high-minded, lovers of pleasures more than lovers of God, having a form of godliness, but denying the power thereof: from such turn away.” (2 Timothy 3:1-5)

This all-prevailing form of godliness without the power, and which even denies the power, is the dead formalism against which we are to fight the good fight of living faith. The living faith which is brought to the world in the third angel’s message is to save us from being swallowed up in this worldwide sea of dead formalism.

How is it with you individually today? Is yours a dead formalism or a living faith? Have you the form of godliness without the power? Or have you by living faith the living presence and power of the living Saviour in the heart, giving divine meaning, life and joy to all the forms of worship and of service which Christ has appointed and working the works of God and manifesting the fruits of the Spirit in all the life?

Except as the means of finding Christ the living Saviour in the word and the living faith of Him, even this word itself can be turned to a dead formalism now as it was of old when He was on the earth. He said to them then (Revised Version), “Ye search the Scriptures, because ye think that in them ye have eternal life; and these are they which bear witness of me. And ye will not come to me that ye may have life.” (John 5:39, 40)

They thought to find eternal life in the Scriptures without Christ; that is, by doing them themselves. But “this is the record, that God hath given to us eternal life, and this life is in His Son” (1 John 5:1)—as we find Him in the Scriptures, and not in the words of the Scriptures without Him. For they are they that testify of Him. This is their object. Therefore, “he that hath the Son hath life, and he that hath not the Son of God hath not life.” (1 John 5:11, 12)    ?