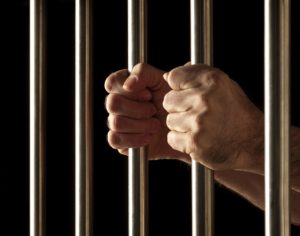 (I have a brother who is going through some changes in His life. He could use our prayers. He recently sent me this testimony with a desire that it will  encourage others. I pray that you will be blessed by reading it.           Editor)

Dear Present Truth Ministries, I wanted to let you know that I look forward to every newsletter I get. I am inspired to reach out to say thank you for the newsletters. I have also been inspired to share a little about myself. I noticed while reading the letters from our readers section in the June 2017 issue that there are several readers in a similar situation as I find myself. I am currently serving an eight-year sentence in a prison in Florida. If someone would have asked me a year ago where I would be now, I would not have known I was going to be in prison.

You see, I am generally a good natured man who enjoys helping out others, even without receiving anything in return. This is something I was proud of. But that didn’t keep me from falling into sin. I, of all people, never imagined I would be in prison. The part that bothers me the most is not the fact that I am in prison. You see, when I was arrested my actions not only affected me, but they affected my only son and his mother who is currently my ex-wife, who I hope to make my future wife. My actions have hurt the ones I love the most. It has made life very hard on both of them. My son is being belittled through public media such as Facebook, and my son is innocent when it comes to my actions. 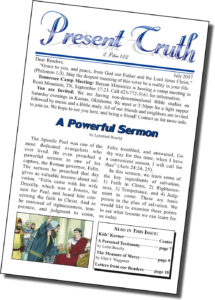 My son is only seven years old and does not fully understand why I cannot be there with him. He is hurt and confused in his heart. I want to be there and hold him and let him know that things will be okay, but I can’t and its all because of things I have done. As I was reading the June 2017 issue I realized what I should have known all along, that I should rely on Jesus to guide my life. I realized that I need to give up my old ways and life in order to accept a new life and follow the Lord. I’m not sure what it all means yet, but I do know that I need to fully surrender myself to God’s will.

You see, for many years even though I was raised in a Christian home (Mennonite to be exact), and even though at the age of thirteen I accepted the Lord as my Saviour, I have strayed away from the Lord. I did those things because everybody else my age did. I was even baptized by the church. However, somewhere in my life I began to drift away from the Lord and now I find myself at my wits end with nowhere else to turn but to look to God for help. I cannot do this on my own! I think I have proven that trying to do things my way did not end well at all, and it hurt more than just myself.

My actions have hurt everyone I love. It has broken bonds of trust between some, and ultimately has not benefited anyone. This is the first and last time I will be in prison like this. I say this because I intend for God to be guiding my life for the future. I ask for everyone’s prayers that I may have strength from God to say no to temptation. I want to say I am sorry for the sins I have done.

I also want to add that even though I would not dream of suicide now, when I was first arrested (before I knew how long I would be locked up), I could not say that. I was a man who had lost everything he ever cared about. The first three or four days of being in jail I attempted, very feebly I might add, to cut my wrist. I did not expect to see my son again, nor talk to him or his mother. That was a scenario I was not prepared to live with. I can’t say that I am prepared for that now either, but I have the blessing of being able to communicate with them on a regular basis. I thank God that my son’s mother is a wonderful lady who I hope will take me back as a man who has found the Lord.

Now, I would also like to share a little about myself and one occasion when I know God was watching over me. I am a United States Army Veteran. Even though I was in the Army, I still had fears. I was deployed to Iraq and Kuwait back in 2003. This also was a first experience for me. As it was the first time for me being sent into combat, I did not know what to expect. I have a fear of the unknown! Also, unlike some soldiers, I did not join the military for the purpose of killing another man. Instead, I was seeking a better education. I wanted to go through college.

Just as I was being sent to get on the plane that would fly me to Kuwait, I turned to God and told Him I was scared. I also told Him that I did not join the Army to kill anyone and that even though that was not my purpose, He knew that if faced with a situation where the enemy would shoot at me or my fellow soldiers, who I consider my brothers and sisters in arms, that God knew that my return fire would not miss. So then, I asked God to keep me out of situations where I would be forced to shoot another person. I also asked Him to keep me safe and bring me back home. Then, after I prayed, I got on the plane and went to serve my country. I was in Iraq for 10 months. Praise be to God, He answered my prayers and I never found myself in a situation where I had to fire on or kill anybody, and I was not injured either. Thank the Lord!

I hope that these stories from my life reach and possibly inspire someone to really search for and find God and learn to walk in the Lord’s footsteps. I also want to thank my brother, Lynnford, for sharing the word of the Lord to myself and many others throughout the world through Present Truth Ministries. I pray that my life might encourage and inspire others to seek God.