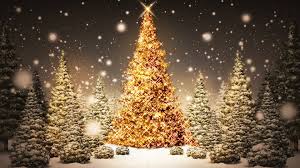 “Some friends of mine are saying it is not good to celebrate Christmas and Easter for they were named after gods. Is that true or false and what proves it?”

I do not believe Christmas was named after a false god, but it is a generally accepted fact that Easter was named after Eastre, a Teutonic goddess of spring. Many of the common rituals that are practiced on Easter and Christmas have pagan origins, and many have no Christian counterpart to even lend a pretense to their continued practice by Christians. There are many ways to prove these things, and I will just share a few things I found in the Microsoft Encarta Encyclopedia, on this subject.

Under the article Easter this encyclopedia says, “Easter, a Christian festival, embodies many pre-Christian traditions. The origin of its name is unknown. Scholars, however, accepting the derivation proposed by the 8th-century English scholar St. Bede, believe it probably comes from Eastre, the Anglo-Saxon name of a Teutonic goddess of spring and fertility, to whom was dedicated a month corresponding to April. Her festival was celebrated on the day of the vernal equinox; traditions associated with the festival survive in the Easter rabbit, a symbol of fertility, and in colored Easter eggs, originally painted with bright colors to represent the sunlight of spring, and used in Easter-egg rolling contests or given as gifts.” (“Easter,” Microsoft Encarta Encyclopedia)

This encyclopedia also says, “Sun worship persisted in Europe even after the introduction of Christianity, as is evidenced by its disguised survival in such traditional Christian practices as the Easter bonfire and the Yule log on Christmas.” (“Sun Worship,” Microsoft Encarta Encyclopedia)

Regarding Christmas this encyclopedia says,

“Roman Catholics first celebrated Christmas, then known as the Feast of the Nativity, as early as 336 AD. The word Christmas entered the English language sometime around 1050 as the Old English phrase Christes maesse, meaning “festival of Christ.” Scholars believe the frequently used shortened form of Christmas—Xmas—may have come into use in the 13th century. The X stands for the Greek letter chi, an abbreviation of Khristos (Christ), and also represents the cross on which Jesus was crucified.

“Historians are unsure exactly when Christians first began celebrating the Nativity of Christ. However, most scholars believe that Christmas originated in the 4th century as a Christian substitute for pagan celebrations of the winter solstice. Before the introduction of Christmas, each year beginning on December 17 Romans honored Saturn, the ancient god of agriculture, in a festival called Saturnalia. This festival lasted for seven days and included the winter solstice, which usually occurred around December 25 on the ancient Julian calendar. During Saturnalia the Romans feasted, postponed all business and warfare, exchanged gifts, and temporarily freed their slaves. Many Romans also celebrated the lengthening of daylight following the winter solstice by participating in rituals to glorify Mithra, the ancient Persian god of light (see Mithraism). These and other winter festivities continued through January 1, the festival of Kalends, when Romans marked the day of the new moon and the first day of the month and year.

“Although the Gospels describe Jesus’ birth in detail, they never mention the date, so historians do not know on what date he was born. The Roman Catholic Church chose December 25 as the day for the Feast of the Nativity in order to give Christian meaning to existing pagan rituals. For example, the Church replaced festivities honoring the birth of Mithra, the god of light, with festivities to commemorate the birth of Jesus, whom the Bible calls the light of the world. The Catholic Church hoped to draw pagans into its religion by allowing them to continue their revelry while simultaneously honoring the birthday of Jesus. The Eastern Orthodox Church took a slightly different course. By the end of the 4th century the Eastern Church in Constantinople had also begun to acknowledge December 25 as Jesus’ birthday, but it emphasized the celebration of Christ’s baptism on January 6 as the more important holiday.

“Over the next 1000 years, the observance of Christmas followed the expansion of Christianity into the rest of Europe and into Egypt. Along the way, Christian beliefs combined with existing pagan feasts and winter rituals to create many long-standing traditions of Christmas celebrations. For example, ancient Europeans believed that the mistletoe plant held magic powers to bestow life and fertility, to bring about peace, and to protect against disease. Northern Europeans associated the plant with the Norse goddess of love, Freya, and developed the custom of kissing underneath mistletoe branches. Christians incorporated this custom into their Christmas celebrations, and kissing under a mistletoe branch eventually became a part of secular Christmas tradition.

“During the Reformation of the 16th century, Protestants challenged the authority of the Catholic Church, including its toleration of surviving pagan traditions during Christmas festivities. For a brief time during the 17th century, Puritans banned Christmas in England and in some English colonies in North America because they felt it had become a season best known for gambling, flamboyant public behavior, and overindulgence in food and drink.” (“Christmas,” Microsoft Encarta Encyclopedia)

Regarding Santa Claus this encyclopedia says, “The Christian figure of Saint Nicholas replaced or incorporated various pagan gift-giving figures such as the Roman Befana and the Germanic Berchta and Knecht Ruprecht. The saint was called Sankt Nikolaus in Germany and Sanct Herr Nicholaas or Sinter Klaas in Holland. In these countries Nicholas was sometimes said to ride through the sky on a horse. He was depicted wearing a bishop’s robes and was said to be accompanied at times by Black Peter, an elf whose job was to whip the naughty children.” (“Santa Claus,” Microsoft Encarta Encyclopedia)

This is a very brief history of Christmas and Easter. It is obvious to me that these holidays did not originate with Christ and His apostles, but rather entered the Christian church through the papacy at about the same time as Sunday worship, immortality of the soul, consciousness of the dead, the trinity, etc., in an attempt to make pagans feel at home in the Christian church. These holidays, along with many other pagan practices and beliefs in Christianity, show that paganism has been introduced and widely accepted in the Christian church of the fourth century. To continue these pagan practices is simply to continue in paganism. Many people are unaware of the paganism in the Christian church, and God winks at their ignorance. “And the times of this ignorance God winked at; but now commandeth all men every where to repent.” (Acts 17:30)

Now that light is shining on this subject we must examine ourselves and determine whom we wish to follow, God or men. As for me and my house, we have chosen not to celebrate these pagan holidays. However, we find joy in the Thanksgiving time to get together with loved ones and thank the Lord for what He has done for us.