Question:  Are Jesus and the Father the same person? 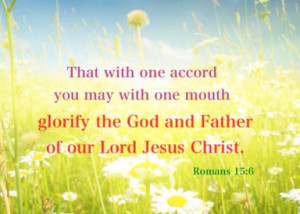 “According to the tracts, I found out that Jesus Christ is distinct from God. But from the little I have read, God in the Old Testament days was God the Father but in the New Testament He came as God the Son. Is He not the same God the Father as can be seen in Philippians 2:5-7, that He put down His glory and came as man?”

Let this mind be in you, which was also in Christ Jesus: Who, being in the form of God, thought it not robbery to be equal with God: But made himself of no reputation, and took upon him the form of a servant, and was made in the likeness of men: And being found in fashion as a man, he humbled himself, and became obedient unto death, even the death of the cross. Wherefore God also hath highly exalted him, and given him a name which is above every name. (Philippians 2:5-9)

In verse six we read that the Son thought it not robbery to be equal with God. Now it is not possible to be equal with yourself. This indicates that the God whom Christ “thought it not robbery to be equal” with, must be someone other than Himself. In verse nine we read that God highly exalted Christ and gave Him a name. It would make God out to be extremely selfish to think that He exalted Himself and gave Himself a lofty name.

Many times, even in the Old Testament, we read about both the Father and His Son. For example:

Who hath ascended up into heaven, or descended? who hath gathered the wind in his fists? who hath bound the waters in a garment? who hath established all the ends of the earth? what is his name, and what is his son’s name, if thou canst tell? (Proverbs 30:4)

When there were no depths, I was brought forth; when there were no fountains abounding with water. Before the mountains were settled, before the hills was I brought forth: While as yet he had not made the earth, nor the fields, nor the highest part of the dust of the world. When he prepared the heavens, I was there: when he set a compass upon the face of the depth: When he established the clouds above: when he strengthened the fountains of the deep: When he gave to the sea his decree, that the waters should not pass his commandment: when he appointed the foundations of the earth: Then I was by him, as one brought up with him: and I was daily his delight, rejoicing always before him. (Proverbs 8:24-30)

I will declare the decree: the LORD hath said unto me, Thou art my Son; this day have I begotten thee. (Psalms 2:7)

The LORD said unto my Lord, Sit thou at my right hand, until I make thine enemies thy footstool. (Psalms 110:1)

All we like sheep have gone astray; we have turned every one to his own way; and the LORD hath laid on him the iniquity of us all. (Isaiah 53:6)

These are just a few of the many places where the Father and the Son are spoken of separately. The biggest danger in supposing that the Father and the Son are the same person is that it would deny the sonship and the death of Christ, which would severely limit our understanding of God’s love. God’s love was demonstrated by His great sacrifice in giving His only begotten Son to die for our sins. Anything that limits or distorts our perception of God’s love should be recognized as an invention of Satan to destroy God’s people, and it should be avoided like the plague.