Question: Are Michael and Jesus the same Person? 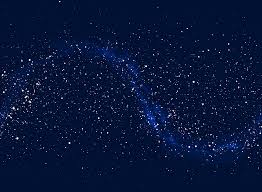 “I’ve been reading over the Present Truth issues but I have not been able to find one that explains the relationship between Michael and Jesus. Does Present Truth believe Michael the Archangel and Jesus are the same Person?

“If you believe this could you explain how you came to this understanding?

“If you don’t believe this could you explain how you came to this understanding?”

Yes, we understand that Michael is a name of Jesus Christ. Many people get confused by the term archangel. They think that it refers to a high ranking angel, when in reality it means the ruler of the angels. The Greek word arcaggeloV (archangel) is a compound word made up of arcw (to rule over or reign over) and aggeloV (angels). Notice how arcw is used by Paul, when he wrote, “Esaias saith, There shall be a root of Jesse, and he that shall rise to reign over (arcw) the Gentiles; in him shall the Gentiles trust.” (Romans 15:12) The archangel is not an angel, but the ruler of the angels, Jesus Christ Himself.

The ruler of the angels appeared to Joshua outside of Jericho. Joshua asked Him who He was, and He responded, “As captain of the host of the LORD am I now come.” (Joshua 5:14) The verse continues, “And Joshua fell on his face to the earth, and did worship.” Every time in the Bible when a man fell down to worship one of God’s angels or his people, he was commanded to stop. (See Revelation 19:10; Acts 10:25, 26; 14:11-15.) Yet, when Joshua fell down to worship the ruler of the angels, he was not forbidden, but rather encouraged. “And the captain of the LORD’s host said unto Joshua, Loose thy shoe from off thy foot; for the place whereon thou standest is holy. And Joshua did so.” (Joshua 5:15) This proves, beyond a shadow of a doubt, that the ruler of the angels is Jesus Christ, for He alone, could be called “the captain of the LORD’s host” and also receive worship.

Practically every time Michael, the archangel, is referred to, He is spoken of in language that could only refer to Jesus Christ. Let us notice a few examples.

“And there was war in heaven: Michael and his angels fought against the dragon; and the dragon fought and his angels, And prevailed not; neither was their place found any more in heaven. And the great dragon was cast out, that old serpent, called the Devil, and Satan, which deceiveth the whole world: he was cast out into the earth, and his angels were cast out with him.” Michael is spoken of here as the ruler of the angels, fighting against Satan. Jesus Christ has always been foremost in the fight against Satan. He is the promised seed of the woman, who came to bruise Satan’s head. He is the one who “led captivity captive,” and has “the keys of hell and of death.” (Ephesians 4:8; Revelation 1:18) He is the “captain of the host of the LORD,” who appeared to Joshua. (Joshua 5:14, 15)

“Yet Michael the archangel, when contending with the devil he disputed about the body of Moses, durst not bring against him a railing accusation, but said, The Lord rebuke thee.” Here Michael is said to be directly involved in the resurrection of Moses, and we know that Christ is “the resurrection and the life.” (John 11:25) Also, the statement Michael makes to Satan is the very same statement Jesus Christ made to Satan when contending with him about the high priest Joshua. “And he shewed me Joshua the high priest standing before the angel of the LORD [Jesus Christ: See Exodus 3:2-4; 23:20, 21.], and Satan standing at his right hand to resist him. And the LORD said unto Satan, The LORD rebuke thee, O Satan; even the LORD that hath chosen Jerusalem rebuke thee: is not this a brand plucked out of the fire?” (Zechariah 3:1, 2)

“And at that time shall Michael stand up, the great prince which standeth for the children of thy people: and there shall be a time of trouble, such as never was since there was a nation even to that same time: and at that time thy people shall be delivered, every one that shall be found written in the book. And many of them that sleep in the dust of the earth shall awake, some to everlasting life, and some to shame and everlasting contempt.” Here it says that Michael is the great prince that stands for the children of God. The Bible says that there is only “one mediator between God and men, the man Christ Jesus.” (1 Timothy 2:5) In addition to that, He is called the great prince. Jesus Christ is “the Prince of Peace.” (Isaiah 9:6)

Some people think that Michael is just one among many princes of equal rank, because of Gabriel’s testimony in Daniel 10:13: “But the prince of the kingdom of Persia withstood me one and twenty days: but, lo, Michael, one of the chief princes, came to help me; and I remained there with the kings of Persia.” Yet, a literal translation of this text says, “Michael, first of the chief heads.” (Young’s Literal Translation) Michael is said to be ruler and leader of God’s angels. (Revelation 12:7) Jesus Christ, the only begotten Son of God, is the first in rank next to God Himself (1 Corinthians 11:3); “the head of all principality and power.” (Colossians 2:10)

Yes, based on the testimony of Scripture, Michael and Jesus Christ are the same person. Jesus Christ is the archangel, the ruler of the angels. He is not an angel by nature, but rather the divine Son of God who rules over the angels. Some people think that to affirm Michael and Jesus to be the same person somehow lowers Christ to the level of angelic beings, but that is not the case at all, rather it shows His rightful position as greater than, and ruler over, the angels of God.

Some think that it is a peculiar teaching originated by Jehovah’s Witnesses, who arose in the latter part of the nineteenth century, but it existed long before that time. Many Bible scholars down through the ages have come to the same conclusion.

“Michael the archangel, &c. By whom is meant, not a created angel, but an eternal one, the Lord Jesus Christ; as appears from his name Michael, which signifies, “who is as God”: and who is as God, or like unto him, but the Son of God, who is equal with God?” (John Gill’s Expositor on Jude 1:9, printed in 1809)