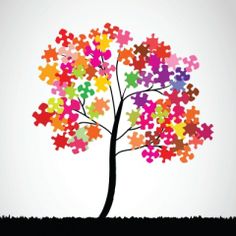 It’s becoming more widely known among students and practitioners of alternative medicine (sometimes referred to as integrative medicine) that brain conditions such as Alzheimer’s, Parkinson’s, and autism have a common cause. This cause is heavy metal poisoning or, more specifically, mercury poisoning. It is also becoming known that these conditions can be successfully treated. While the main focus of this article is autism, keep in mind that the information also applies to the other conditions.

Autism has been receiving more attention in the media today. The incidence of the disease is growing rapidly. For instance, the California Department of Developmental Services reported a 273% increase in cases from 1987 to 1998.

A physician named Dr. Amy Yasko has been treating autism for several years with a great deal of success. She has written a book, The Puzzle of Autism, in which she offers a comprehensive theory for the great increase in autism we are seeing today. Her explanation for the epidemic is twofold: genetics and environment.

First is the genetic factor. Dr. Yasko has found that 100% of autistic children have a defect in a biochemical process called methylation. (Methylation is the chemical process in which a methyl radical, CH3, is substituted for a hydrogen atom in a molecule.) It is one of the most important processes in the body. Part of its job is to help cells repair and divide. It also helps protect the cells from toxins. Nutrients involved in this process include such things as folate, vitamin B6, Vitamin B12 and betaine, which serve as methyl donors. When the process doesn’t work properly, the cells’ ability to fight toxins is greatly hindered. So if toxins are kept to a minimum, most people with this defect will never experience any adverse effects.

It is estimated that 20% of the population has this defect in which the body is unable to produce the enzymes that carry on methylation. Nowhere near that number has a related brain disease yet. However, when the body is overloaded with toxins, then the trouble starts for a person with the defect. The body just can’t handle the overload the way it would if the defect weren’t present.

Since we are seeing a major increase in autism, there must be an increasingly active source of toxins coming from somewhere. Some suspected the food supply, especially considering the problems with processed food. If food were the cause, autism would be worldwide. However, it is largely confined to industrialized nations. It is also likely that many children would be born with autism, but this is not the case. Every case of autism comes on suddenly, either in infancy or early childhood. So there is another source of toxin affecting the child.

The only other known source of widespread toxin exposure for infants and young children is from vaccinations. One of the substances present in vaccines is thimerosal, a mercury containing compound used as a preservative. Thimerosal was first used in vaccines in the early 1930s.

Stephanie Cave, MD, a family practice physician in Louisiana, states: “I believe the introduction of the Hepatitus B vaccine in 1991 has sparked this recent epidemic because of the thimerosal. When added to the mercury impacted through the DTP and HIB vaccines the exposure to mercury exceeds the EPA safe limits for the metal considering a bolus dose on a single day. The EPA safe limits are usually related to ingested mercury, which is partly cleared by the liver. Injecting boluses of mercury presents another scenario. The two-month dose of mercury is at least 30 times higher than the recommended daily maximum exposure as set by the EPA.

“During the 1990s infants received 12.5 mcg. of mercury at birth followed by 12.5 mcg. at one month, 50 mcg. at 2 months, 50 mcg. at 4 months, 62.5 mcg. at 6 months, and 50 mcg. at 15-18 months. The total of 237.5 mcg. for a child, who at best weighs 22 pounds, far exceeds the safety limits if you consider bolus doses. In establishing normal safety levels, if there is indeed such a thing for a metal as toxic as mercury, bolus injections were not considered. If the nurse giving the injection did not shake the vial according to directions before drawing out the dose, there is a chance the child receiving the last dose could get as much as 10 times the usual amount in one dose.”

This amount of toxic mercury is given to children at an age when the liver and blood-brain barrier are not fully developed and the child’s body is not able to defend itself against this assault. Add to this the fact that 20% of people are genetically deficient in detoxifying enzymes, it is not hard to see why some children develop autism while other children do not. Also, in children with the defect, the poison destroys the function of remaining methylation pathways and so begins the vicious cycle of brain, intestinal and immune damage.

This process, which occurs rapidly in some children, can also occur more slowly in people over the course of their lives. Such diseases as Alzheimer’s and Parkinson’s are a result of long-term exposure to toxic metals. Mercury can cause many known neurological diseases. It has been observed that adults getting the flu vaccine every year for five years had a substantially increased risk of getting Alzheimer’s. Alzheimer’s, in particular, is closely related to mercury. A few atoms of mercury have been shown to turn a healthy neuron in a lab dish into a disordered tangle of fibers identical to the pathology of Alzheimer’s.

A physician named Rashid Buttar, MD had a son who at 16 months of age quickly slipped into a “developmental” disorder that was called a moderate case of autism. His son lost his 15-word vocabulary and degenerated into an autistic syndrome. Dr. Buttar is highly skilled in heavy metal poisoning. (Dr. Buttar was at first unaware that his ex-wife had taken the boy for vaccinations.) Even though his son tested negative for mercury at first, he continued to pursue the mercury connection.

Through the process, he developed a system for delivering DMPS through the skin. (DMPS is one of the best mercury-chelating agents. It is far more effective than the more well-known EDTA.) Called TD-DMPS (for transdermal) Dr. Buttar believes its effectiveness is related to the continuous low-dose absorption through the skin.

Within eight months, his son was regaining his speech. At 42 months he had a 500-word vocabulary. By age five, he had fully recovered and became the youngest person to testify before Congress (about autism)!

Another doctor, Dietrich Klinghardt, MD, has seen some amazing results using TD-DMPS. Dr. Klinghardt introduced the German-manufactured DMPS research into the integrative medical community in the USA 15 years ago. His protocol for autism is simple. He first removes allergens and toxic foods (for example, gluten, dairy foods and processed foods). Then he adds sublingual B12 and folate (to restore methylation), and RNA products by Dr. Yaska (to restore cellular metabolism). He also adds TD-DMPS to get rid of the mercury. He reports success in 100% of the children he has treated.

Dr. Klinghardt tells of German studies that tracked radioactively tagged DMPS injected just below the skin. The skin is rich in nerves, which transport the DMPS backward into the spinal cord and into the brain. The nerves have proven to be a good way to bypass the blood-brain barrier and remove toxic metals buried deep in the brain.

The best part of the story is that the same mechanism may work to treat many degenerative diseases of the brain, including Alzheimer’s and Parkinson’s. All are connected with heavy metals. It has even been shown that damaged neurons in the brain can be repaired or replaced by stem cells that the body can make on its own if it is given the proper nutrients. There are researchers now focusing on autologous stem cells rather than umbilical cord blood stem cells. We are living in exciting times in more ways than one.

A final word of advice: In addition to avoiding refined and processed foods and following a more natural lifestyle, avoid vaccinations. Virtually all are filled with toxic metals and other preservatives, not to mention the main content of the vaccine, a harmful microorganism. In addition, most also contain unknown viruses and proteins from the culture medium. It is far easier to treat your flu than your dementia, or your child’s autism.