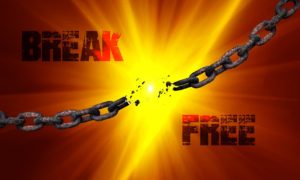 “Therefore being justified by faith, we have peace with God through our Lord Jesus Christ” (Romans 5:1). What does this mean? What is it to be justified? Both professors and non-professors often mistake its meaning. Many of the former think that it is a sort of half-way house to perfect favour with God, while the latter think that it is a substitute for real righteousness. They think that the idea of justification by faith is that if one will only believe what the Bible says, he is to be counted as righteous when he is not. All this is a great mistake.

Justification has to do with the law. The term means making just. Now in Romans 2:13 we are told who the just ones are: “For not the hearers of the law are just before God, but the doers of the law shall be justified.” The just man, therefore, is the one who does the law. To be just means to be righteous. Therefore since the just man is the one who does the law, it follows that to justify a man, that is, to make him just, is to make him a doer of the law.

Being justified by faith, then, is simply being made a doer of the law by faith. “By the deeds of the law there shall no flesh be justified in His sight” (Romans 3:20). The reason for this is given in the previous verses. It is because there is none that doeth good. “They are all gone out of the way, they are together become unprofitable; there is none that doeth good, no, not one” (Romans 3:12). Not only have all sinned, but “the carnal mind is enmity against God; for it is not subject to the law of God, neither indeed can be” (Romans 8:7). So there is a double reason why a man cannot be justified by the law. In the first place, since he has sinned, it is impossible that any amount of subsequent obedience could make up for that sin. The fact that a man does not steal anything to-day, does not in the least do away with the fact that he stole something yesterday; nor does it lessen his guilt. The law will condemn a man for a theft committed last year, even though he may have refrained from stealing ever since. This is so obvious that it does not need any further illustration or argument.

But further, the man has not only sinned, so that he cannot be justified by any amount of after obedience, even if he were to give it, but, as we have read, it is impossible for any man by nature to be subject to the law of God. He cannot do what the law requires. Listen to the words of the apostle Paul, as he describes the condition of the man who wants to obey the law: “For we know that the law is spiritual; but I am carnal, sold under sin. For that which I do, I allow not; for what I would, that do I not; but what I hate, that do I. If then I do that which I would not, I consent unto the law that it is good. Now then it is no more I that do it, but sin that dwelleth in me. For I know that in me (that is, in my flesh,) dwelleth no good thing; for to will is present with me; but how to perform that which is good I find not” (Romans 7:14-18). It is therefore clear enough why a man cannot be justified by the law. The fault is not in the law, but in the man. The law is good, and that is the very reason why it will not justify a wicked man.

But what the law cannot do, the grace of God does. It justifies a man. What kind of men does it justify?-Sinners, of course, for they are the only ones who stand in need of justification. So we read, “Now to him that worketh is the reward not reckoned of grace, but of debt. But to him that worketh not, but believeth on Him that justifieth the ungodly, his faith is counted for righteousness” (Romans 4:4, 5). God justifies the ungodly. Is that not right? Certainly it is! It does not mean that He glosses over a man’s fault, so that he is counted righteous, although he is really wicked; but it means that He makes that man a doer of the law. The moment God declares an ungodly man righteous, that instant that man is a doer of the law. Surely that is a good work, and a just work, as well as a merciful one.

How is the man justified, or made righteous? “Being justified freely by His grace through the redemption that is in Christ Jesus” (Romans 3:24). Remember that to justify means to make one a doer of the law, and then read the passage again: “Being made a doer of the law freely, through the redemption that is in Christ Jesus.” The redemption that is in Christ Jesus is the worthiness or the purchasing power of Christ. He gives Himself to the sinner; His righteousness is given to the one who has sinned, and who believes. That does not mean that Christ’s righteousness which He did eighteen hundred years ago is laid up for the sinner, to be simply credited to his account, but it means that His present, active righteousness is given to that man. Christ comes to live in that man who believes, for He dwells in the heart by faith. So the man who was a sinner is transformed into a new man, having the very righteousness of God.

It will be seen, therefore, that there can be no higher state than that of justification. It does everything that God can do for a man short of making him immortal, which is done only at the resurrection. But this does not mean that, being justified, there is no more danger of the man falling into sin. No; “The just shall live by faith” (Romans 1:17). Faith and submission to God must be exercised continually, in order to retain the righteousness-in order to remain a doer of the law.

This enables one to see clearly the force of these words, “Do we then make void the law through faith? God forbid; yea, we establish the law” (Romans 3:31). That is, instead of breaking the law, and making it of no effect in our lives, we establish it in our hearts by faith. This is so because faith brings Christ into the heart, and the law of God is in the heart of Christ. And thus “as by one man’s disobedience many were made sinners, so by the obedience of one shall many be made righteous.” This one who obeys is the Lord Jesus Christ, and His obedience is done in the heart of everyone who believes. And as it is by His obedience alone that men are made doers of the law, so to Him shall be the glory forever and ever.

(This article was taken from the October 20, 1892 issue of The Present Truth. Some minor editing was done for this publication. Editor)