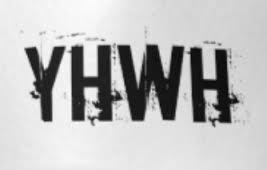 “I am reading your August 2000 issue… in this issue, I was a little disturbed by the reply you gave on page 6 about using the name Yashua and the Tetragammaton. I feel that you omitted the main arguments for using God’s name. It was obvious you were trying to downplay their importance because of this, and I cannot help but to cry out and respond.

“The reference to calling YHWH ‘Ishi’ is used only once in the Bible, and God is not saying here that is his name. He is simply saying that we are going to say You are my husband. That does not make ‘my husband’ into a personal name…

“Names are always transliterated, not translated. Over the whole globe, our President is called Bill Clinton… Paul transliterated the Hebrew name Yahshua into Greek the best he could, but he found a number of problems, such as Greek not having the ‘sh’ sound, or a single letter for the ‘yah’ sound. Also all male words ended in ‘s.’ But we have none of those problems now. We can transliterate the name correctly if we want to. Why not want to? What makes us resistant? We all like to be called by our correct name… He says to ‘call upon the name of YHWH.’ And ‘the name of YHWH is as a strong tower. The righteousness runneth into it and is safe.’

“Yes, I agree that when we talk to the ‘drunk on the street’ we should use language familiar to him. But I am not the drunk. I am in His family. Shouldn’t I know His name and use it? Especially to Him and others in the family?”

Certainly it is okay to call God Jehovah, Yahweh, or Yah, etc. However, I do not believe it is required for salvation, or that it should be made to appear that it is.

In Hosea 2:16 we read, “And it shall be at that day, saith the LORD, that thou shalt call me Ishi; and shalt call me no more Baali.” Every other place in the Bible where the word Ishi is used it is a proper name of an individual. I do not advocate that we must call God “Ishi,” yet it is evidently an acceptable name to call Him.

Regarding names always being transliterated rather than translated. That is not always true. In fact in other languages of the Bible the sound of some names have a sound that you or I could not possibly recognize. For example in Spanish, the book of James is called Santiago. There are many names that are translated rather than transliterated when changing from one language to another. I know many people who have taken an English version of their name rather than retaining their given name. For example George is Jorge in Spanish, Peter is Pedro in Spanish, William is Guillermo in Spanish.

It is true that there is no reason why we cannot transliterate names to the best of our ability. Yet there is much confusion as to what a proper transliteration of God’s name is in English. Some say it is Yah, others say, Yahvah, and still others say, Yahweh, or Jehovah, etc. I cannot say for certain who is right.

Jesus told us how we are to address God. He said, “When ye pray, say, Our Father which art in heaven, Hallowed be thy name. Thy kingdom come. Thy will be done, as in heaven, so in earth.” (Luke 11:2)

Jesus never commanded us to call God Yahweh, but He did tell us to call Him Father. You see, there is a much closer relationship that Jesus is calling us to have with God. Closer than someone whom you know on a first name basis. Closer than a friend. God wants to have a father-son relationship with us.

I cannot remember ever calling my father John, even though that is his proper name. I would feel out of place to call him John. I don’t believe my father would appreciate it if I called him by His proper name. When I say to him “father” or “dad” I am indicating a closer relationship than by saying John. Using his proper name would put him at a distance to some degree. I believe this is why Jesus instructed us to call God “Father” rather than by His proper name.

A similar illustration could be used with my wife. I most often call my wife by something other than her proper name. I use endearing names that signify a closer relationship than I have with others. I use names that I would not use for anyone else. Those people in our lives, like mothers, fathers, grandmothers, grandfathers, spouses, etc., generally prefer to be called by something other than their proper name.

It is the relationship we hold with God that is important—much more important than the name we call Him by. To make a doctrine out of what we must call Him, is to create a distance in the relationship rather than the closeness that God is looking for. I don’t believe God wants us to get caught up in the debate over how to pronounce His name.

Many people refer to the following verses as proof of the importance of this issue. “And it shall come to pass, that whosoever shall call on the name of the Lord shall be saved.” (Romans 10:13) Does this mean that if I know the proper pronunciation of God’s name and use it that I will be saved? I don’t believe this was Joel’s meaning. I believe there is a deeper meaning, because just having a knowledge of how to pronounce God’s name can never save anyone. Certainly Satan knows how to pronounce God’s name, but it doesn’t save him.

Let’s notice a few examples of how the word “name” is used in the Bible.

“And he said, Thy name shall be called no more Jacob, but Israel: for as a prince hast thou power with God and with men, and hast prevailed.” (Genesis 32:28) Why was Jacob’s name changed to Israel? Because his character had changed. Jacob was no longer a suitable name for him because he was no longer a deceiver, for that is what Jacob means.

Let’s notice another verse. “And they that know thy name will put their trust in thee: for thou, LORD, hast not forsaken them that seek thee.” (Psalms 9:10)

Jesus said to His Father, “And I have declared unto them thy name, and will declare it: that the love wherewith thou hast loved me may be in them, and I in them.” (John 17:26) Jesus said that He had declared the Father’s name in order that the Father’s love could be in His people. There is no way that knowing how to pronounce God’s name enables God’s love to dwell in a person. But it is true that to know God’s character of love enables that love to dwell in us.

Jesus made it clear that He wants us to address God as “our Father.” The focus of Christ’s ministry was not upon how He could get people to know how to pronounce God’s name, but rather to get them to understand God’s character. Let’s take up His mission and reveal God’s character to the world which will enable His love to dwell in our hearts.