Home > 2002 > Authors > Bible Study > Lynnford Beachy > March 02 > Miscellaneous > Miscellaneous Q&A > Newsletters > Questions and Answers > Can we find the basis for anything we believe in the Old Testament? 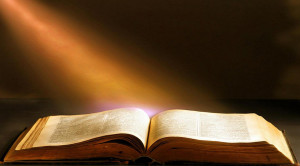 We should not find our basis for anything we believe or practice in the Old Testament.

I think you would have had a very difficult time trying to convince the writers of the New Testament of this theory.

Notice a few New Testament references to the Scriptures that will give us some understanding of how the New Testament Christians believed concerning the Old Testament Scriptures. Jesus said, “Ye do err, not knowing the scriptures, nor the power of God.” (Matthew 22:29) He rebuked the church leaders for not knowing the Old Testament Scriptures. Jesus “opened” the disciples’ “understanding, that they might understand the scriptures.” (Luke 24:45) Jesus said, “the scripture cannot be broken.” (John 10:35) Phillip preached Jesus to the eunuch using the Old Testament Scriptures. “Then Philip opened his mouth, and began at the same scripture, and preached unto him Jesus.”(Acts 8:35) “And Paul, as his manner was, went in unto them, and three sabbath days reasoned with them out of the scriptures.” (Acts 17:2) The Bereans “were more noble than those in Thessalonica, in that they received the word with all readiness of mind, and searched the scriptures daily, whether those things were so.” (Acts 17:11) “For whatsoever things were written aforetime were written for our learning, that we through patience and comfort of the scriptures might have hope.” (Romans 15:4) “Now to him that is of power to stablish you according to my gospel, and the preaching of Jesus Christ, according to the revelation of the mystery, which was kept secret since the world began, But now is made manifest, and by the scriptures of the prophets, according to the commandment of the everlasting God, made known to all nations for the obedience of faith.” (Romans 16:25, 26)

Paul wrote to Timothy and said “that from a child thou hast known the holy scriptures, which are able to make thee wise unto salvation through faith which is in Christ Jesus. All scripture is given by inspiration of God, and is profitable for doctrine, for reproof, for correction, for instruction in righteousness: That the man of God may be perfect, throughly furnished unto all good works.” (2 Timothy 3:15-17) When Paul wrote this He was speaking specifically about the Old Testament.

Based on all the verses we just read, it is extremely evident that none of the apostles had the slightest idea that the Old Testament Scriptures were null and void. To them, that was their Bible, what they used to gain comfort, learn of salvation, learn doctrine, and convince the gainsayer. I am certain that nobody could have convinced Paul, James, John, or the other disciples that the Old Testament was null and void and that they should not believe or practice anything that was based upon it.