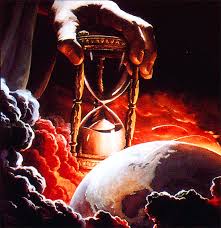 “Shall the church not share the great tribulation the world had never heard of? (Matthew 24:22) Will this come after the Second Coming of Christ as many preach?”

Yes, the church will be here during the great tribulation. The tribulation will not take place after the second coming of Christ. Jesus said, “And ye shall hear of wars and rumours of wars: see that ye be not troubled: for all these things must come to pass, but the end is not yet. For nation shall rise against nation, and kingdom against kingdom: and there shall be famines, and pestilences, and earthquakes, in divers places. All these are the beginning of sorrows. Then shall they deliver you up to be afflicted, and shall kill you: and ye shall be hated of all nations for my name’s sake.… Buthe that shall endure unto the end, the same shall be saved.” (Matthew 24:6-9, 13)

Some people suppose that Jesus will secretly return to rapture His people out of this world before the tribulation. However, Jesus said that His people will be here during the tribulation and He also warned us not to believe people who would claim Christ has returned secretly. Notice what Jesus said: “But pray ye that your flight be not in the winter, neither on the sabbath day: For then shall be great tribulation, such as was not since the beginning of the world to this time, no, nor ever shall be. And except those days should be shortened, there should no flesh be saved: but for the elect’s sake those days shall be shortened. Then if any man shall say unto you, Lo, here is Christ, or there; believe it not. For there shall arise false Christs, and false prophets, and shall shew great signs and wonders; insomuch that, if it were possible, they shall deceive the very elect. Behold, I have told you before. Wherefore if they shall say unto you, Behold, he is in the desert; go not forth: behold, he is in the secret chambers; believe it not. For as the lightning cometh out of the east, and shineth even unto the west; so shall also the coming of the Son of man be.” (Matthew 24:20-27)

Paul wrote, “For the Lord himself shall descend from heaven with a shout, with the voice of the archangel, and with the trump of God: and the dead in Christ shall rise first: Then we which are alive and remain shall be caught up together with them in the clouds, to meet the Lord in the air: and so shall we ever be with the Lord. Wherefore comfort one another with these words.” (1 Thessalonians 4:16-18) Christ’s coming for His people will be attended by much noise and commotion. The dead in Christ will rise first, then the living will be caught up with them. A great multitude of dead saints will be resurrected at this time, and it will by no means be secret.

The idea of a secret rapture is a relatively new theory that was invented in the 1800s. It is not scriptural, and it gives people a false hope that if they are not ready at the secret rapture, perhaps they will be able to get ready before the tribulation is over. Friends, that is a delusion of the enemy. Jesus said, “believe it not.” He also said, “Immediately after the tribulation of those days shall the sun be darkened, and the moon shall not give her light, and the stars shall fall from heaven, and the powers of the heavens shall be shaken: And then shall appear the sign of the Son of man in heaven: and then shall all the tribes of the earth mourn, and they shall see the Son of man coming in the clouds of heaven with power and great glory. And he shall send his angels with a great sound of a trumpet, and they shall gather together his elect from the four winds, from one end of heaven to the other.” (Matthew 24:29-31)

I would like to share a testimony with you regarding this false theory of the secret rapture. Several years ago I attended a Bible prophecy meeting that had been advertised in a local newspaper. I am quite interested in Bible prophecy, so I decided to attend. It was held in a local church, and the main point of the speaker was that there would be a secret rapture where Christ would secretly come to rapture His people out of the earth. I had studied the Bible on this subject and knew that the idea of the secret rapture was false. However, after hearing the first presentation I was shocked with the reality of how dangerous this teaching is. The speaker distributed a book entitled “No Guillotine for the Bride,” in which he sought to demonstrate that no true Christians would be here during the tribulation, except the ones who would be converted after the secret rapture.

I was amazed at how appealing and deceptive this theory is. It is appealing to believe that we will never suffer any hardship on this earth, and if we happen to miss out on the rapture we will always have a second chance during the tribulation. As appealing as this may sound, it is contrary to scripture and a trick of the devil to lull you to sleep. The Bible says, “For when they shall say, Peace and safety; then sudden destruction cometh upon them, as travail upon a woman with child; and they shall not escape.” (1 Thessalonians 5:3) Paul wrote, “Yea, and all that will live godly in Christ Jesus shall suffer persecution.” (2 Timothy 3:12) I doubt anyone could have convinced a Christian in the World Trade Center on 9-11 that they would be secretly raptured before things got really bad. Nor would the true Christians during the Dark Ages, who were tortured to death, have believed such fables. I pray that you will be ready to meet the Lord when He visibly returns. There will be no second chances then, for the proclamation will have gone forth, “He that is unjust, let him be unjust still: and he which is filthy, let him be filthy still: and he that is righteous, let him be righteous still: and he that is holy, let him be holy still. And, behold, I come quickly; and my reward is with me, to give every man according as his work shall be.” (Revelation 22:11, 12)

No doubt you have heard about the growing interest in the books and videos entitled “Left Behind,” where the false theory of the secret rapture is graphically portrayed. I have watched a couple of these videos, and it is frightening to think how many people have been, and will be, deluded by this false sense of security. There are far too many people who already have the idea that they will put off their conversion until the last minute so they can “enjoy the pleasures of sin for a season.” (Hebrews 11:25) Sadly, many people who “neglect so great salvation” (Hebrews 2:3) do so too long, until it is forever too late. Let’s not encourage them in their wickedness by giving them a false hope of a second chance after the second coming of Christ, for it will not happen. For a thorough study on this subject please contact us and request the tract entitled “The Millennium.”