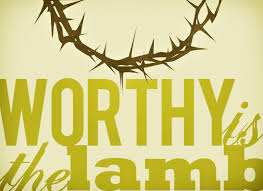 “Could He [Jesus] have sinned?”

First of all, let me say that this is an excellent question. It is one of my favorite questions to ask a trinitarian, because either a “yes” or “no” answer would yield many problems to the trinitarian mind.

You see, if Jesus could not have sinned, then it reduces the mission of Christ to an act or play. Somewhat like a mock trial—a trial that is decided beforehand which has no chance of any other outcome, but is held anyway to appease the public.

This makes the sacrifice of God in giving His Son nothing more than a minor inconvenience for a few years, rather than a risk of losing something.

If a trinitarian would answer “yes” to this question, then it would pose the problem of the possibility of the trinity becoming separated, or reduced to a twinity rather than a trinity. Because if Jesus would have sinned then He would have to die for His own sins without a Saviour, for “the wages of sin is death.” (Romans 6:23) This is something the trinitarian cannot accept as a possibility.

The risk of God losing His only begotten Son poses no dilemma for the non-trinitarian, however. It is true that if Jesus would have sinned, then not only Jesus, but all of us would be eternally lost. Certainly that would not be pleasant, but it was a real possibility, and therefore elevates our understanding of God’s love in allowing His only begotten Son to come down to this earth in sinful flesh and take the risk of failure and eternal loss.

Let’s allow the Bible to answer the question of whether Jesus could have sinned. “For we have not an high priest which cannot be touched with the feeling of our infirmities; but was in all points tempted like as we are, yet without sin.” (Hebrews 4:15)

Jesus was tempted in all points like as we are. What does it mean to be tempted? James wrote, “Let no man say when he is tempted, I am tempted of God: for God cannot be tempted with evil, neither tempteth he any man: But every man is tempted, when he is drawn away of his own lust, and enticed. Then when lust hath conceived, it bringeth forth sin: and sin, when it is finished, bringeth forth death.” (James 1:13-15)

First of all we learn here that God cannot be tempted. Even Jesus, the Son of God, could not be tempted until He became a man.

Notice also that temptation takes place when a man is drawn away of his own lust and enticed. If a man does not have lusts, then it is impossible for him to be tempted. Jesus, however, was tempted in all points like as we are. Therefore He must have had the lusts, or sinful flesh that we do.

Now, someone may say, “If Christ had lusts then He sinned, and the Bible says that He didn’t sin.” Let’s not get lust and sin confused. To have lust is not to sin, for the verse goes on, “when lust hath conceived, then it bringeth forth sin.” Christ never allowed lust to conceive and bring forth sin, but He must have had the lust in order to be tempted.

“Hold on” someone may say, “Jesus said that to lust after a woman is sin.” That is not exactly what He said. Let us read it. Jesus said, “whosoever looketh on a woman to lust after her hath committed adultery with her already in his heart.” (Matthew 5:28)

If you decide to stare at a woman for the purpose of lusting after her, then you have already committed adultery with her in your heart. However, the initial desire to look upon a woman is not sin in itself. It is only when you allow that desire to take root that it becomes a sin.

For example, suppose a man is walking through the checkout line in a grocery store. Inevitably there are several magazines in the racks that have half naked women on the cover. The man glances around, and notices one of these magazines. There is something in him that is drawn to continue looking at this picture; however, he understands that it is wrong to continue looking at the picture, and immediately turns away. Realizing his own weakness, and the danger he is in, he calls upon the Lord to deliver him from this temptation. And immediately the Lord gives him the victory he so longs for, and draws his mind to focus on eternal things.

Was it a sin for the man to have glanced at the picture to begin with (in this case we will say he did it innocently), and have some longing to continue looking at it? No. He was tempted by being drawn to do that which was wrong to do, but this temptation was not a sin. It would have become a sin had he stared at the picture and allowed his mind to wonder on forbidden territory. This is “when lust hath conceived, and it bringeth forth sin.” (James 1:15)

So it is clear that Jesus must have had lust in order to be tempted. If not He could not have been tempted, and certainly not “tempted like as we are.”

If there were no chance that Jesus could have sinned, then all of Satan’s temptations would have been a waste of time. Also there would be no victory over sin by our Saviour, because what real victory is there if there is no possibility of defeat.

The Bible says, “For in that he himself hath suffered being tempted, he is able to succour them that are tempted.” (Hebrews 2:18) This verse would be meaningless if Jesus had not truly overcome temptation like we must. If He had not overcome the same temptations that we face, and in the same way, then His help would not be much good. Furthermore, if we are receiving help from someone who has not overcome the same temptations we are faced with we could have received the same help from this Person before He was tempted, and hence this verse would be meaningless.

I am thankful that we have a High Priest who has been tempted like we are, and has overcome like we must, and who is helping us right now to overcome the temptations that we are faced with. Praise the Lord for His goodness to us!

According to Jesus Himself, He did not possess all power while He was on earth. And again we read, “And Jesus came and spake unto them, saying, All power is given unto me in heaven and in earth.” (Matthew 28:18) It is not possible to give all power to an individual who already possesses it. Evidently Jesus did not have all power while He was on earth, and therefore was dependent upon His Father’s power for every victory over sin, just as you and I must be.

Yes, there was a risk involved in God sending His Son into the world. Jesus could have sinned and failed in His mission, which would have meant eternal loss for both the Father and His Son, and all of the universe. If He would have sinned, then God’s government would have failed. The entire universe would look upon God and His government with suspicious eyes, and there would be no certainty that sin would not rise a second time.

But praise God that it will not. We read, “What do ye imagine against the LORD? he will make an utter end: affliction shall not rise up the second time.” (Nahum 1:9) After sin is eradicated in this world, it will never arise again because everyone will know the awful results of rebellion against God. God’s government will be secure throughout eternity.