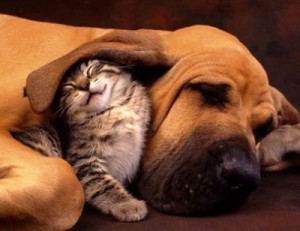 “I have a question that I did not see before, concerning the counsel of peace. Maybe I do not correctly understand the wording. It says: ‘The counsel of peace shall be between them both,’ which sounds like a prophecy of a future event.
“We have friends who believe that the Father and Son were only one being until Christ’s birth on earth. Could you please help me understand when this counsel of peace ‘took place’ or ‘is taking place’?”

The counsel of peace is the plan of redemption, and it is a plan that is being worked out in this world until sin is finally destroyed. This plan had been devised long before Christ died on the cross. It was foretold in the book of Genesis when God told the serpent who had deceived Eve, “Because thou hast done this, thou art cursed above all cattle, and above every beast of the field; upon thy belly shalt thou go, and dust shalt thou eat all the days of thy life: And I will put enmity between thee and the woman, and between thy seed and her seed; it shall bruise thy head, and thou shalt bruise his heel.” (Genesis 3:14, 15)

When God spoke to Joshua in Zechariah 6:12, 13, the counsel of peace, or plan of redemption, had already been decided, but the working out of the plan had not yet been accomplished. I believe the real meaning of this text is that both the actual counseling together about the peace of mankind, and the accomplishing of that counsel are between the Father and His Son. The plan to save mankind has already been discussed and decided by the Father and His Son, but the plan has not reached its final conclusion until sin is finally destroyed and the righteous are living with God eternally. Then and only then, can it be said that the plan of redemption is completed.

The fact that this text uses a future tense regarding the plan in no way gives any justification for the idea that the Father and His Son were only one being before Christ was born on earth. In fact, if it did prove this it would contradict many verses in the Bible that clearly indicate that two divine beings existed in the Old Testament times. Here are a few examples:

“The LORD said unto my Lord, Sit thou at my right hand, until I make thine enemies thy footstool.” (Psalms 110:1)

“Who hath ascended up into heaven, or descended? who hath gathered the wind in his fists? who hath bound the waters in a garment? who hath established all the ends of the earth?what is his name, and what is his son’s name, if thou canst tell?” (Proverbs 30:4)

Christ says of Himself, “When he prepared the heavens, I was there: when he set a compass upon the face of the depth: When he established the clouds above: when he strengthened the fountains of the deep: When he gave to the sea his decree, that the waters should not pass his commandment: when he appointed the foundations of the earth: Then I was by him, as one brought up with him: and I was daily his delight, rejoicing always before him.” (Proverbs 8:27-30)

The Father said to His Son, “Let us make man in our image, after our likeness: and let them have dominion over the fish of the sea, and over the fowl of the air, and over the cattle, and over all the earth, and over every creeping thing that creepeth upon the earth.” (Genesis 1:26)

There is much more evidence of this, including the words of Jesus Himself. He prayed to His Father, “Now, O Father, glorify thou me with thine own self with the glory which I had with thee before the world was.” (John 17:5)

I have written two studies on this subject which I have never printed for distribution. I would be glad to send them to you if you like. I may print them in upcoming issues of Present Truth.

I can see that there are severe negative implications if we accept the idea that Christ had no existence prior to Bethlehem. Please allow me to explain. God manifested His love toward us by giving up His only begotten Son. “In this was manifested the love of God toward us, because that God sent his only begotten Son into the world, that we might live through him.” (1 John 4:9) The measure of God’s love is understood by the value which He placed upon His only begotten Son. The more exalted we understand this relationship, the more we will love God in return. “We love him, because he first loved us.” (1 John 4:19) If the Bible says that God loved us so much that He sent His only begotten Son into this cursed world to die for us, then I believe it. A great part of the sacrifice on the part of the Father or the Son was the fact that Christ left heaven to become a feeble baby in a manger. In doing this, God the Father risked the chance that His only begotten Son would fail when He was tempted. Jesus Christ risked the chance of failing, and the result would have to have been eternal death. “For the wages of sin is death; but the gift of God is eternal life through Jesus Christ our Lord.” (Romans 6:23) Praise God that He did not fail.

Over and over again, Christ lifted up the Father’s character before the people. He always focused the attention of the hearers on the love that His Father had for them. The greater our understanding of God the Father’s love for us, the greater will be our appreciation for Him, and hence the more we will love to serve Him.

As we can see, the key to our overcoming the world is a correct understanding of the relationship of the Father to His only begotten Son. Any deviation on this point from the revealed Word of God is a deviation from our ability to overcome the world. This is a serious matter my friends. Please take the time to examine this thoroughly.

All untruthfulness regarding the Father and His Son, by which their characters are presented in a false light, is to be regarded as a grievous sin.

May the Lord abundantly bless you as you continue to study this subject.