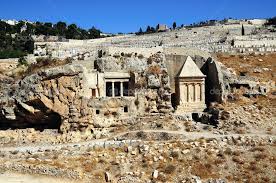 “I am studying the January 1999 issue of Present Truth again, entitled, “The Importance of Knowing the Truth About God.” Can you prove with Scripture that God the Father was counseling with His Son in Zechariah 6:12, 13?
“I have a question on your question: Why are there only two thrones, mentioned in the book of Revelation, which will be in the new earth? You gave no scriptural reference to answer this question, that I can understand. If I look up throne and thrones in the concordance I see a throne and thrones through Revelation, but not two thrones. Can you please explain?”

We are told to behold the man whose name is “the Branch.” Who is that? Isaiah wrote, “And there shall come forth a rod out of the stem of Jesse, and a Branch shall grow out of his roots: And the spirit of the LORD shall rest upon him, the spirit of wisdom and understanding, the spirit of counsel and might, the spirit of knowledge and of the fear of the LORD; And shall make him of quick understanding in the fear of the LORD: and he shall not judge after the sight of his eyes, neither reprove after the hearing of his ears: But with righteousness shall he judge the poor, and reprove with equity for the meek of the earth: and he shall smite the earth with the rod of his mouth, and with the breath of his lips shall he slay the wicked. And righteousness shall be the girdle of his loins, and faithfulness the girdle of his reins… And in that day there shall be a root of Jesse, which shall stand for an ensign of the people; to it shall the Gentiles seek: and his rest shall be glorious.” (Isaiah 11:1-5, 10)

We know this is talking about Christ because Paul quoted this verse in reference to Him in Romans 15:12. Also, the Branch is said to come out of the stem of Jesse, the father of David. (Acts 13:22) In the book of Revelation we read, “I Jesus have sent mine angel to testify unto you these things in the churches. I am the root and the offspring of David, and the bright and morning star.” (Revelation 22:16)

This conclusively proves that Jesus is the Branch spoken of in Zechariah chapters 3 and 6. Since there is only one other Person mentioned as taking part in the counsel in Zechariah 6, verses 12 and 13, namely “the LORD,” and Christ and the LORD are spoken of as “both,” then “the LORD” in these verses must be a Person other than Christ. This Person is obviously God the Father, for He is the One who “so loved the world that He gave His only begotten Son.” The counsel is between the Father and His Son and nobody else.

Regarding the two thrones in the book of Revelation. You are right that “thrones” are mentioned as well as “throne.” The “thrones” mentioned are found in Revelation 20:4 and are occupied by the righteous saints during the thousand years. These thrones are subordinate thrones compared to the thrones of God and His Son. The “throne” spoken of most often in Revelation is the throne of the Father, as we see in Revelation chapters 4 and 5. We know the Father is the One seated on this throne because Christ approaches this throne and takes a book out of the hand of the One seated on the throne. (Revelation 5:6, 7) We also know that Christ ascended up to heaven to sit with the Father on His Father’s throne. Jesus said, “To him that overcometh will I grant to sit with me in my throne, even as I also overcame, and am set down with my Father in his throne.” (Revelation 3:21)

Notice there are two thrones mentioned here. The throne of Jesus, and the throne of His Father. Jesus also mentioned His throne to His disciples when He said, “Verily I say unto you, That ye which have followed me, in the regeneration when the Son of man shall sit in the throne of his glory, ye also shall sit upon twelve thrones, judging the twelve tribes of Israel.” (Matthew 19:28) Jesus said that in the regeneration He will sit “in the throne of His glory.” This does not take place until the second coming of Christ, for Jesus said, “When the Son of man shall come in his glory, and all the holy angels with him, then shall he sit upon the throne of his glory.” (Matthew 25:31) Right now Christ has “set down with[His] Father in his throne,” Paul wrote, “We have such an high priest, who is set on the right hand of the throne of the Majesty in the heavens.” (Hebrews 8:1) In the new earth Christ will sit upon His own throne.

Of the new earth John wrote, “And I saw no temple therein: for the Lord God Almighty and the Lamb are the temple of it.” (Revelation 21:22) He also wrote, “And there shall be no more curse: but the throne of God and of the Lamb shall be in it; and his servants shall serve him.” (Revelation 22:3) So there are two thrones mentioned in the book of Revelation that belong to divine beings. There are other subordinate thrones that will be occupied by men, but there is no third throne that belongs to a third divine being called “the Holy Spirit.” This was the point of the statement in the article you mentioned.