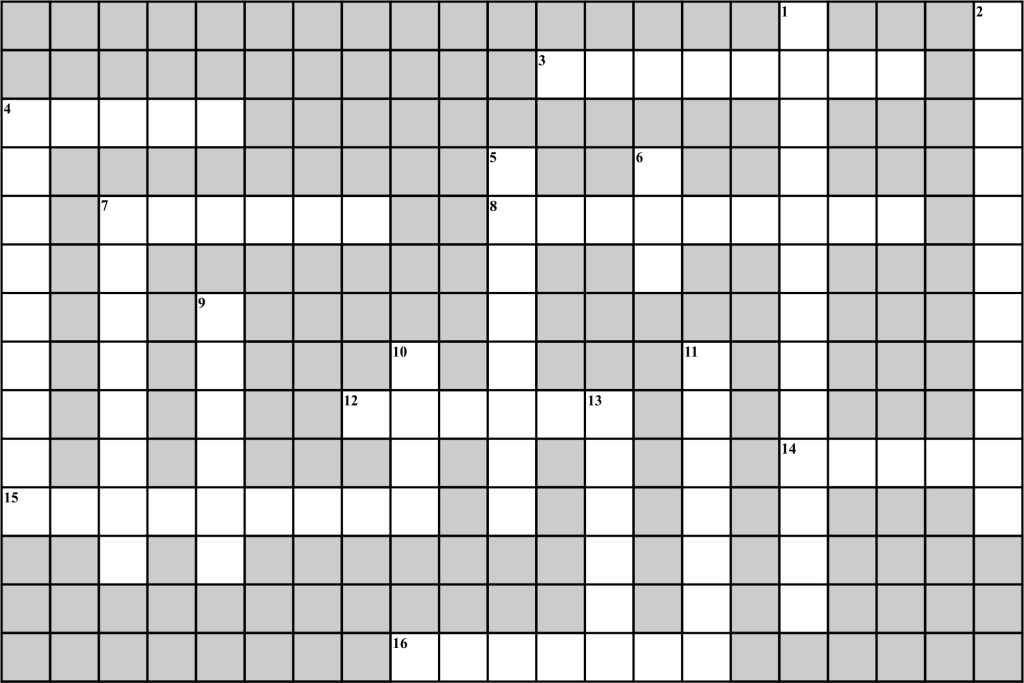 › “And God created great whales, and every living creature that moveth, which the waters brought forth abundantly, after their kind, and every winged fowl after his kind: and God saw that it was ____.” Genesis 1:21—10 Down 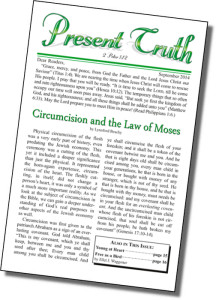 › “And God ____ the seventh day, and sanctified it: because that in it he had rested from all his work which God created and made.” Genesis 2:3—11 Down

› “This shall be written for the generation to come: and the ____ which shall be created shall praise the Lord.” Psalm 102:18—7 Across

› “Lift up your eyes on high, and behold who hath created these things, that bringeth out their host by number: he calleth them all by ____ by the greatness of his might, for that he is strong in power; not one faileth.” Isaiah 40:26—14 Across

› “Thus saith God the Lord, he that created the heavens, and stretched them out; he that spread forth the earth, and that which cometh out of it; he that giveth ____ unto the people upon it, and spirit to them that walk therein.” Isaiah 42:5—9_Down

› “Drop down, ye heavens, from above, and let the skies pour down righteousness: let the earth open, and let them bring forth salvation, and let ____ spring up together; I the Lord have created it.” Isaiah 45:8—1 Down

› “For thus saith the Lord that created the heavens; God himself that formed the earth and made it; he hath established it, he created it not in vain, he formed it to be ____: I am the Lord; and there is none else.” Isaiah 45:18—8 Across

› “And to make all men see what is the fellowship of the mystery, which from the beginning of the world hath been hid in God, who created all things by ___ ___.” Ephesians 3:9—2 Down (2 words)

› “For by him were all things created, that are in heaven, and that are in earth, visible and invisible, whether they be thrones, or dominions, or principalities, or ____: all things were created by him, and for him.” Colossians 1:16—12 Across

› “Thou art worthy, O Lord, to receive glory and honour and power: for thou hast created all things, and for thy ____ they are and were created.” Revelation 4:11—7 Down 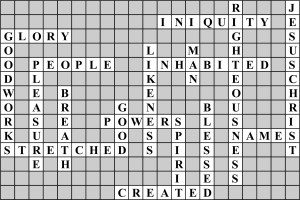