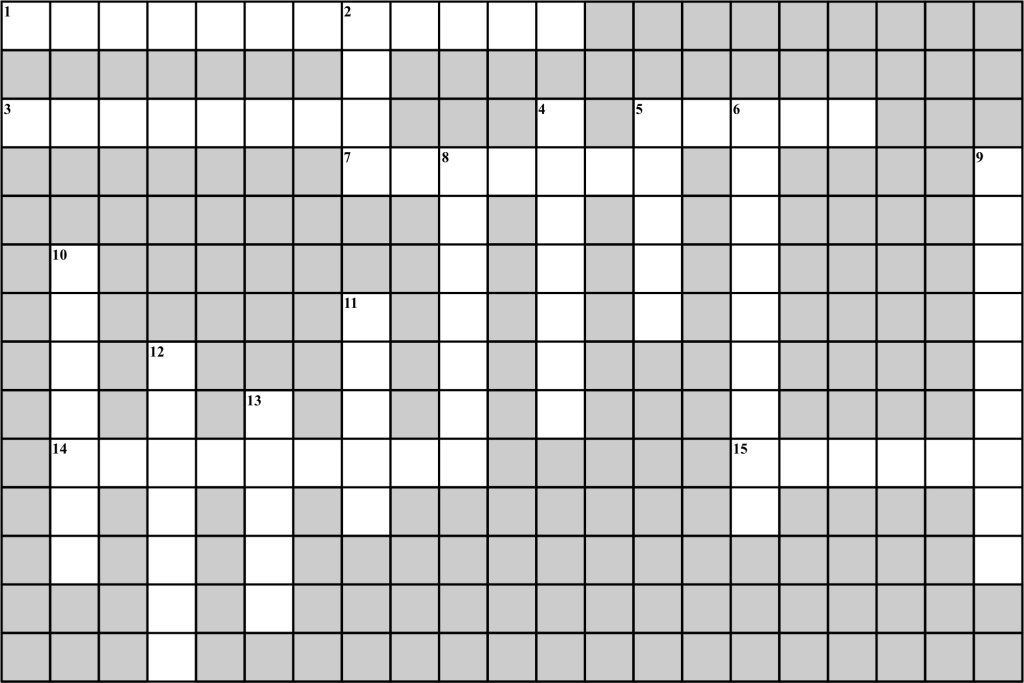 › “Fear and dread shall fall upon them; by the greatness of thine arm they shall be as still as a stone; till thy people pass over, O Lord, till the people pass over, which thou hast ____.” Exodus 15:16—9 Down

› “Pardon, I beseech thee, the iniquity of this people according unto the greatness of thy ____, and as thou hast forgiven this people, from Egypt even until now.” Numbers 14:19—5 Down

› “O Lord GOD, thou hast begun to shew thy servant thy greatness, and thy mighty ____: for what God is there in heaven or in earth, that can do according to thy works, and according to thy might?” Deuteronomy 3:24—2 Down

› “And ye said, Behold, the Lord our God hath shewed us his ____ and his greatness, and we have heard his voice out of the midst of the fire: we have seen this day that God doth talk with man, and he liveth.” Deuteronomy 5:24—13 Down

› “I prayed therefore unto the Lord, and said, O Lord GOD, destroy not thy people and thine inheritance, which thou hast redeemed through thy ____, which thou hast brought forth out of Egypt with a mighty hand.” Deuteronomy 9:26—6 Down 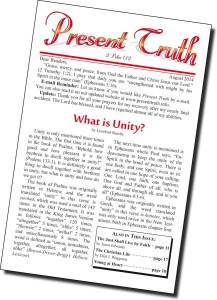 › “And I commanded the Levites that they should cleanse themselves, and that they should come and keep the gates, to sanctify the ____ day. Remember me, O my God, concerning this also, and spare me according to the greatness of thy mercy.” Nehemiah 13:22—4 Down

› “Let the sighing of the prisoner come before thee; according to the greatness of thy ____ preserve thou those that are appointed to die.” Psalms 79:11—11 Down

› “Lift up your eyes on high, and behold who hath created these things, that bringeth out their host by number: he calleth them all by names by the greatness of his ____, for that he is strong in power; not one faileth.” Isaiah 40:26—5 Across

› “It is thou, O king, that art grown and become strong: for thy greatness is grown, and reacheth unto heaven, and thy ____ to the end of the earth.” Daniel 4:22—3 Across

› “And the kingdom and dominion, and the greatness of the kingdom under the whole heaven, shall be given to the people of the ____ of the most High, whose kingdom is an everlasting kingdom, and all dominions shall serve and obey him.” Daniel 7:27—15 Across

› “And what is the exceeding greatness of his power to us-ward who ____, according to the working of his mighty power.” Ephesians 1:19—10 Down 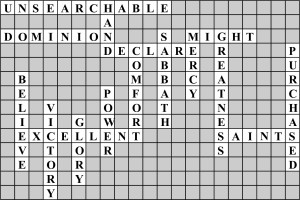