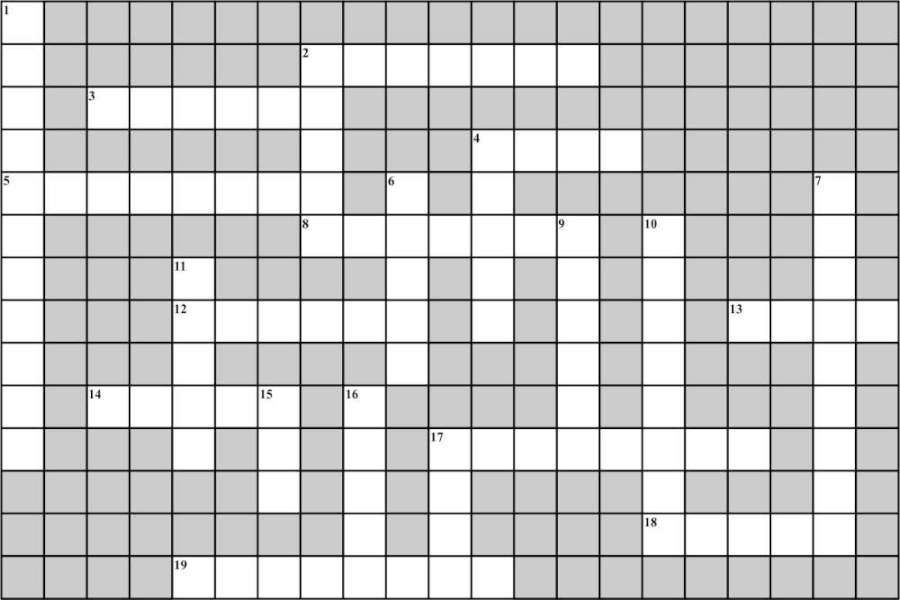 › “Then spake Jesus again unto them, saying, I am the light of the ____: he that followeth me shall not walk in darkness, but shall have the light of life.” John 8:12—14 Across

› “And this is the condemnation, that light is come into the world, and men loved darkness rather than light, because their deeds were evil. For every one that doeth evil hateth the light, neither cometh to the light, lest his ____ should be reproved.” John 3:19, 20—2 Down

› “But all things that are ____ are made manifest by the light: for whatsoever doth make manifest is light.” Ephesians 5:13—5 Across

› “Be ye not unequally yoked together with unbelievers: for what fellowship hath righteousness with unrighteousness? and what ____ hath light with darkness?” 2 Corinthians 6:14—7 Down

› “Who only hath ____, dwelling in the light which no man can approach unto; whom no man hath seen, nor can see: to whom be honour and power everlasting. Amen.” 1 Timothy 6:16—1 Down

› “And there shall be no night there; and they need no ____, neither light of the sun; for the Lord God giveth them light: and they shall reign for ever and ever.” Revelation 22:5—3 Across 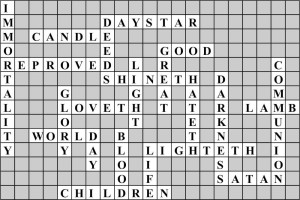