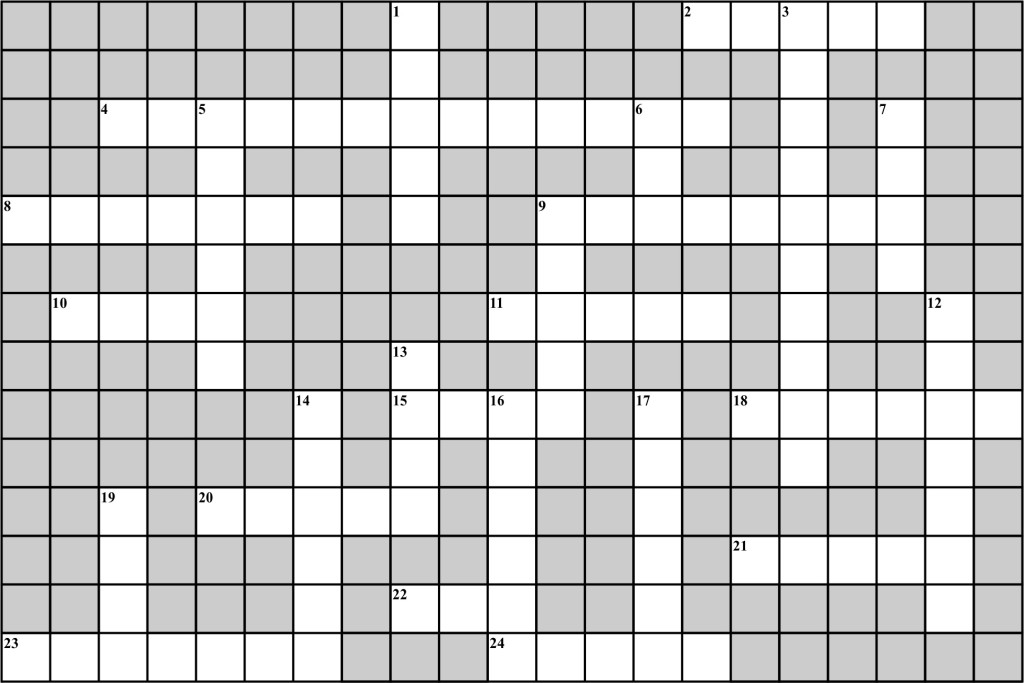 One God – by Zachariah Beachy

› “For they themselves shew of us what manner of entering in we had unto you, and how ye turned to God from idols to ____ the living and true God.” 1 Thessalonians 1:9—21 Across

› “And we know that the Son of God is come, and hath given us an understanding, that we may know him that is true, and we are in him that is true, even in his ____ Jesus Christ. This is the true God, and eternal life.” 1 John 5:20—22 Across 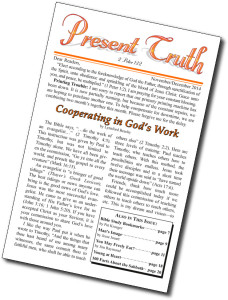 › “Seeing it is one God, which shall ____ the circumcision by faith, and uncircumcision through faith.” Romans 3:30—8 Across

› “Labour not for the meat which perisheth, but for that meat which endureth unto everlasting life, which the Son of man shall give unto you: for him hath God the Father ____.” John 6:27—14 Down

› “And that every tongue should confess that Jesus Christ is Lord, to the ____ of God the Father.” Philippians 2:11—24 Across

› “To Titus, mine own son after the common faith: Grace, ____, and peace, from God the Father and the Lord Jesus Christ our Saviour.” Titus 1:4—9 Down

› “Elect according to the ____ of God the Father, through sanctification of the Spirit, unto obedience and sprinkling of the blood of Jesus Christ: Grace unto you, and peace, be multiplied.” 1 Peter 1:2—4 Across

› “For he received from God the Father honour and glory, when there came such a voice to him from the excellent glory, This is my ____ Son, in whom I am well pleased.” 2 Peter 1:17—12 Down 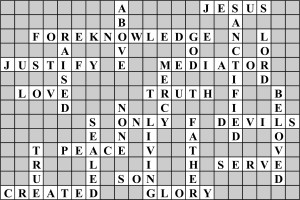