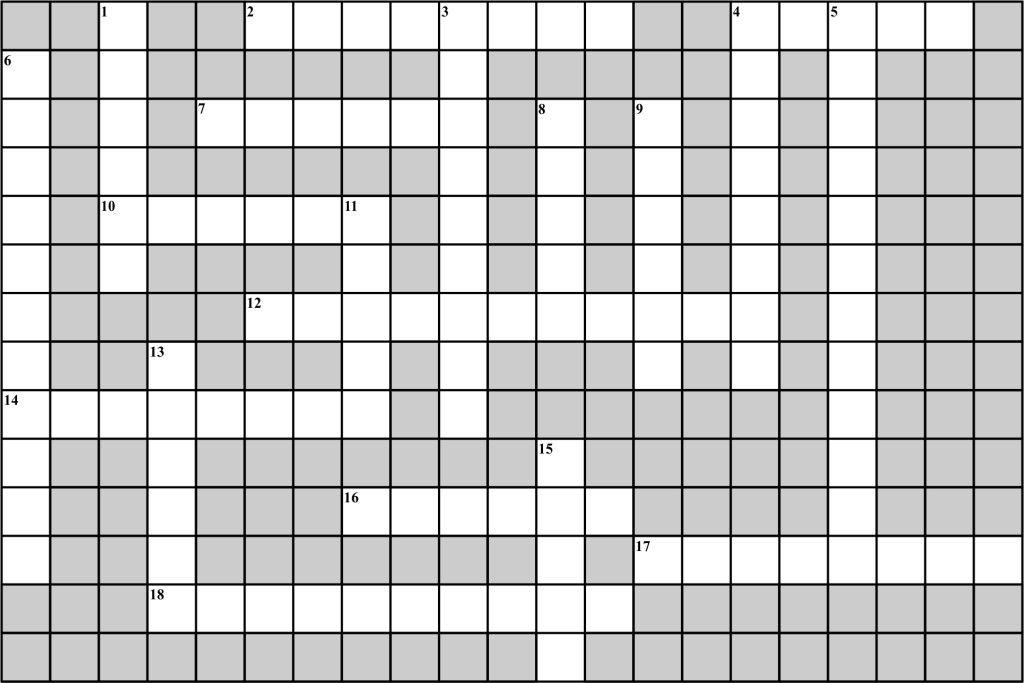 › “For I am not ashamed of the ____ of Christ: for it is the power of God unto salvation to every one that believeth; to the Jew first, and also to the Greek.” Romans 1:16—7 Across 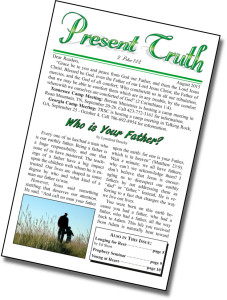 › “Blessed and holy is he that hath part in the first resurrection: on such the second ____ hath no power, but they shall be priests of God and of Christ, and shall reign with him a thousand years.” Revelation 20:6—8 Down

› “And every creature which is in heaven, and on the earth, and under the earth, and such as are in the sea, and all that are in them, heard I saying, ____, and honour, and glory, and power, be unto him that sitteth upon the throne, and unto the Lamb for ever and ever.” Revelation 5:13—2 Across

› “Saying with a loud voice, Worthy is the Lamb that was slain to receive power, and ____, and wisdom, and strength, and honour, and glory, and blessing.” Revelation 5:12— 13_Down

› “Thou art worthy, O Lord, to receive ____ and honour and power: for thou hast created all things, and for thy pleasure they are and were created.” Revelation 4:11—11 Down

› “To open their eyes, and to turn them from darkness to light, and from the power of Satan unto God, that they may receive forgiveness of sins, and ____ among them which are sanctified by faith that is in me.” Acts 26:18—6 Down

› “That I may know him, and the power of his ____, and the fellowship of his sufferings, being made conformable unto his death.” Philippians 3:10—5 Down 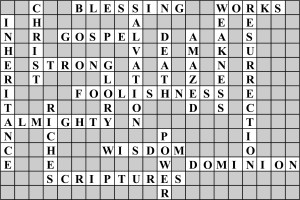