Question: Did Christ begin on the first day of creation? 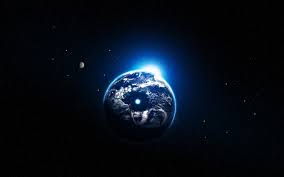 “I was comparing Genesis 1:3, 4 to Genesis 1:14-19 and had to ask myself why did God create light on the earth twice? Then I remembered that Jesus said he was the light of the world (John 8:12) and Christ was the firstborn of all creation (Colossians 1:15). So do non-Trinitarians believe Jesus first comes onto the scene at Genesis 1:3, 4?”

Thank you very much for your question. Christ was “the firstborn of all creation,” which could also be rendered, “born before all creation.” (The New Englishman’s Greek Concordance and Lexicon, by Wigram and Green) The latter seems much more reasonable since the next verse says, “For by him were all things created, that are in heaven, and that are in earth, visible and invisible, whether they be thrones, or dominions, or principalities, or powers: all things were created by him, and for him.” (Colossians 1:16) This verse (along with others, such as John 1:1-3; Hebrews 1:2 and Ephesians 3:9) places Christ before all things created, thus eliminating any possibility that Christ Himself was created.

These texts also show that Christ existed before the time spoken of in Genesis 1:1, which says, “In the beginning God created the heaven and the earth.” Through Solomon, Jesus declared, “When he prepared the heavens, I was there: when he set a compass upon the face of the depth: When he established the clouds above: when he strengthened the fountains of the deep: When he gave to the sea his decree, that the waters should not pass his commandment: when he appointed the foundations of the earth: Then I was by him, as one brought up with him: and I was daily his delight, rejoicing always before him.” (Proverbs 8:27-30)

So, in answer to your question, the Bible declares that Christ did not “first come onto the scene at Genesis 1:3, 4.” I cannot speak for all non-Trinitarians (for there are many different shades), but I can assure you that the Bible does not support the idea that Christ began His existence on the first day of creation, for He pre-existed “all things created.” (Colossians 1:16)