Question:  Did Jesus have a beginning? 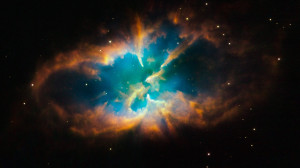 “Did Jesus have a beginning (please let’s not get into the semantics of created versus begotten, either He had a beginning or He didn’t — that’s the question).”

Yes, Jesus had a beginning. The Bible says His “origin” is from the “days of eternity.” (Micah 5:2 RSV and margin)

I am quite appalled that people would conclude that distinguishing between “created” and “begotten” is a matter of semantics. That is as far from the truth as light is from darkness. The Bible defines creation as being made out of nothing by the Word of God. “Through faith we understand that the worlds were framed by the word of God, so that things which are seen were not made of things which do appear.” (Hebrews 11:3) God “spake and it was.” (Psalm 33:9) Not so with Christ, He said that He “came out from God,” “the only begotten Son of God.” (John 16:27; 3:18) Christ was begotten by His Father as the “express image of his person,” thus making Him of the same nature as His Father. If Christ had been merely a creature, then there would be very little sacrifice on the part of God, the Father, in giving up His only begotten Son to die for our sins, because all He would have given is a creature. The difference between created and begotten would be similar to the difference between me giving up my own son, and me giving up something that I created such as a table or a chair or, perhaps, if I could create life, a cricket. Satan would love the world to believe that there is no difference between created and begotten so that he can successfully hide God’s love from the world.