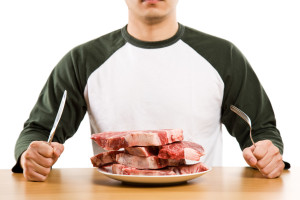 I have to say I disagree with what you wrote [last month, Present Truth, August 2001, page 5] until it is fully understandable. First, before all things let me give all praise and honor to God. Now, I read that man’s life span was shortened because of God’s sons having way with the earthly women, having children by them. That would be in Genesis 6:1-8. As for clean and unclean [animals] that began when God told Noah what was what, not in the wilderness, if you read Genesis 7:1-3. According to Exodus they were not punished because they ate meat (Exodus 16:11-36), it was more because of them being hardheaded or greedy in one point and not listening to the words as so many do today. I would like an answer very soon. Thank you.

Thank you for sharing your concerns. I appreciate it very much. First of all, let me say that I do not have all the answers. I pray and study to seek God’s counsel to give an answer to those who ask. “The heart of the righteous studieth to answer.” (Proverbs 15:28) Yet, I am still an erring mortal, and my opinion is not to be regarded above the Word of God. I endeavor to keep from expressing my own opinions in the answers, and try to let the Word of God speak for itself. However, there are times when my own opinions come across. This is the case with the portion of the answer you are referring to regarding the reduction of man’s life span.

I stated, “God permitted meat eating after the flood due to a lack of other things to eat, and as a means to shorten man’s life span, to keep them from becoming as evil as they were before the flood.” (Present Truth, August 2001, page 5) The reason I made this statement is that it is logical that the fruit and vegetable food supply was very limited immediately following the flood, which can be demonstrated by the fact the the dove Noah sent out had no place to rest its feet. (Genesis 8:6-11) Also, there is no question about the fact that man’s life span was drastically reduced after the flood. I stated my opinion when I said that this reduction of man’s life span was brought about by the introduction of meat into the diet. There may have been other factors involved in this process besides meat eating. However, there is scientific documentation to the fact that meat eating reduces man’s life span by introducing problems into the system that would not exist otherwise.

For example, meat eating causes a higher amount of uric acid in the blood; that does not occur when eating fruits, nuts, grains and vegetables. Meat-eating animals have the ability to rid the body of uric acid through their urine. The human body has a very difficult time disposing of uric acid, therefore it stores it in the body, causing many problems. Notice what the World Book Encyclopedia has to say about uric acid:

“Uric acid is a nitrogen-containing chemical produced in the digestive system during the breakdown of many foods. Birds, land-dwelling reptiles, and some mammals discharge uric acid as waste matter called guano (see GUANO). Some animals, including amphibians and most fishes, convert uric acid into urea, a compound removed mostly in the urine (see UREA).

“Some babies are born with a defect in body chemistry that leads to an excess of uric acid in the body. This hereditary disorder is called Lesch-Nyhan syndrome, and it can result in mental retardation.” (World Book Encyclopedia, article: Uric Acid)

If meat eating was not the only cause for man’s life span to be decreased, I believe it was the primary cause.

Thank you for pointing out that the distinction between clean and unclean animals existed long before Moses’ time. I am sorry that I did not make that clear last month. The way it is worded in Noah’s time indicates that this distinction existed before Noah’s time, and must have existed since creation.

God provided the flesh of quail for the Israelites to eat, but He only did this after they complained for the flesh pots of Egypt. (Exodus 16:3) The book of Numbers indicates that this provision of quail meat was not permanent. In Numbers 11:4-34 is the account of the Israelites receiving more quail than they could eat, and it was a curse to them, rather than a blessing.

Thank you for your insight on these things. I hope this helps to answer your questions and concerns.