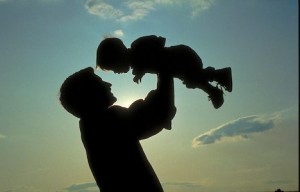 “Do you believe the Father loved us more than the Son? To me it seems like they both love us equally. Could you please explain?”

I believe they both love us infinitely more than we will ever comprehend. I believe that the Father revealed more love to us than the Son by giving up His “beloved,” “only begotten,” “holy child.” (Matthew 3:17; John 3:18; Acts 4:27) I am not saying that the Father loves us more, but that the Father revealed more love to us by giving His Son. Two people can each have $1,000,000, and one can reveal to you all $1,000,000, while another reveals to you $900,000. They both have the same amount but you can see more of the money of one person than you can of the other. In a similar way I can see more love on the part of the Father because I can see the immense struggle it would take to willingly give up my own beloved son to die. I see this as even more of a struggle than if I would die myself. I like to think of the story of Abraham and Isaac, when Abraham was asked to sacrifice his son Isaac. I believe it was a greater struggle for Abraham to go through than it was for Isaac, revealing more dedication and love to God on the part of Abraham than on the part of Isaac. That is not to say Isaac was any less dedicated, but that His test was less severe than that of Abraham.

Many parents would give their own life for their child, proving that they value the life of their child above their own life. God loves His Son more than any earthly parent has ever loved their child, yet He gave Him up for us. Paul expressed it this way, “He that spared not his own Son, but delivered him up for us all, how shall he not with him also freely give us all things?” (Romans 8:32) What Paul is saying here is that if the Father gave up what was most valuable to Him, it proves that He is willing to give up everything for us. For this argument to be true, the Father had to value His Son’s life above His own, therefore making a greater sacrifice by giving up His Son, than if He had given His own life.

It is likely and probable that the Son of God loves us just as much as the Father, yet the Father revealed more of His love to us by giving up His Son, than the Son revealed by dying for our sins. The exceeding love of the Father is the primary focus of Christ and the apostles throughout the New Testament. This is a fact that many people overlook, because of their preconceived ideas that Christ is not really a true Son of God but either playing a role, pretending to be a son, or else that He is the same being as the Father. The trinity doctrine in all its forms, along with the unitarian doctrine, the Muslim teaching, the Jewish teaching, and the teachings of countless other religions, purposely and expressly denies the fact that Jesus Christ is truly the Son of God, the very foundation upon which Christ said He would build His church. By doing this, the trinity doctrine limits mankind’s perception of the love of God. Thanks be to God that He has not allowed this truth to be completely lost in this world. He has made it plain in His Word if we will only study it. “Who is he that overcometh the world, but he that believeth that Jesus is the Son of God?” (1 John 5:5)

I hope that this helps to answer your questions.