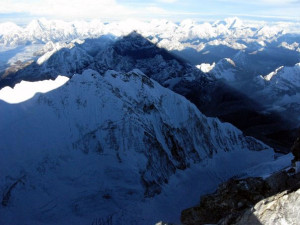 Does Colossians 2:17 say that the weekly Sabbath is a shadow of things to come?

I am glad you pointed out that the sabbath days are “a shadow of things to come.” Notice this verse in context:

“Beware lest any man spoil you through philosophy and vain deceit, after the tradition of men, after the rudiments of the world, and not after Christ… Blotting out the handwriting of ordinances that was against us, which was contrary to us, and took it out of the way, nailing it to his cross;… Let no man therefore judge you in meat, or in drink, or in respect of an holyday, or of the new moon, or of the sabbath days: Which are a shadow of things to come; but the body is of Christ… Wherefore if ye be dead with Christ from the rudiments of the world, why, as though living in the world, are ye subject to ordinances, (Touch not; taste not; handle not; Which all are to perish with the using;) after the commandments and doctrines of men?” (Colossians 2:8, 14, 16, 17, 20-23)

Paul was concerned about men coming to the Colossians and spoiling them “after the tradition of men, after the rudiments of the world.” Do you think Paul could possibly have been referring to the seventh-day Sabbath as “the tradition of men,” “the rudiments of the world,” or “the commandments and doctrines of men?” Certainly not! Paul goes on to say that Christ blotted out “the handwriting of ordinances that was against us” by “nailing it to his cross.” Is the seventh-day Sabbath, which is the fourth commandment, “the handwriting of ordinances that was against us?” If we say “Yes,” we must have some Scriptural basis for making this claim. The Sabbath was never called an “ordinance” nor was it ever said, or could it ever be said, to be “against us.” Jesus said, “The sabbath was made for man, and not man for the sabbath.” (Mark 2:27) The Sabbath was made for man’s benefit not as a hindrance against him.

Notice the list that Paul gives, which he refers to as “rudiments of the world,” “the tradition of men,” and “the commandments and doctrines of men.” He lists “meat,” “drink,” “respect of an holyday,” “the new moon,” and “the sabbath days.” Each one in this list, after the death of Christ, are the traditions of men. The Greek word eorth that was translated here as “holyday” was used 27 times in the New Testament, 26 of which it was translated “feast,” such as the feast of passover, unleavened bread, firstfruits, tabernacles, etc. “The sabbath days” here is linked with the feast days, new moons, and meat and drink, proving that it has reference to ceremonial sabbath days of the sacrificial system. The first and last days of the Jewish feasts were called sabbath days. They were distinct and separate from the weekly “Sabbath of the Lord thy God.” It is these sabbaths that were done away with at the death of Christ. Had the Sabbath here been mentioned along with other of the Ten Commandments it would have been clear that it referred to the weekly Sabbath. But the fact that it is mentioned with ceremonial feasts, new moons, and laws regarding meat and drink offerings proves that Paul must have been referring to the ceremonial sabbaths rather than one of the Ten Commandments of the moral law.

Several Bible commentaries point out this fact as well.

Notice what a few commentaries have to say about this verse:

“Or of the sabbath days. Gr, ‘of the sabbaths.’ The word Sabbath in the Old Testament is applied not only to the seventh day, but to all the days of holy rest that were observed by the Hebrews, and particularly to the beginning and close of their great festivals. There is, doubtless, reference to those days in this place, as the word is used in the plural number, and the apostle does not refer particularly to the Sabbath properly so called. There is no evidence, from this passage, that he would teach that there was no obligation to observe any holy time, for there is not the slightest reason to believe that he meant to teach that one of the ten commandments had ceased to be binding on mankind. If he had used the word in the singular number —‘THE Sabbath’—it would then, of course, have been clear that he meant to teach that that commandment had ceased to be binding, and that a sabbath was no longer to be observed. But the use of the term in the plural number, and the connexion [sic], show that he had his eye on the great number of days which were observed by the Hebrews as festivals, as a part of their ceremonial and typical law—and not to the moral law, or the ten commandments. No part of the moral law—no one of the ten commandments—could be spoken of as ‘a shadow of good things to come.’ These commandments are, from the nature of moral law, of perpetual and universal obligation.” (Barnes New Testament Notes on Colossians 1:16, all emphasis in the original)

“A holy-day—sabbath-days; in the original, a festival—sabbaths. The days referred to are those required to be observed in the ceremonial law—days associated by God with meats, drinks, and new moons. The passage does not refer to the Sabbath of the moral law, associated with the commands forbidding theft, murder, and adultery. This weekly Sabbath was never against men or contrary to them, but was always for them, and promotive of their highest good. The observance of it caused them to ride upon the high places of the earth, and to possess the heritage of God’s people. Isa. 58:13,14; Jer. 17:21-27.” (Family New Testament Notes on Colossians 1:16)

“The sabbath—Omit ‘THE,’ which is not in the Greek (compare Note, see JFB on ‘Ga. 4:10’). ‘SABBATHS’ (not ‘the sabbaths’) of the day of atonement and feast of tabernacles have come to an end with the Jewish services to which they belonged (Le. 23:32, 37-39). The weekly sabbath rests on a more permanent foundation, having been instituted in Paradise to commemorate the completion of creation in six days. Le. 23:38 expressly distinguished ‘the sabbath of the Lord’ from the other sabbaths. A positiveprecept is right because it is commanded, and ceases to be obligatory when abrogated; a moral precept is commanded eternally, because it is eternally right.… the sabbath is still needed and is therefore still linked with the other nine commandments, as obligatory in the spirit, though the letter of the law has been superseded by that higher spirit of love which is the essence of law and Gospel alike (Ro. 13:8-10).” (Jamieson, Fausset, Brown Commentary on Colossians 1:16, all emphasis in the original)