Question: Does the Hebrew word echad prove that God is a pluralit 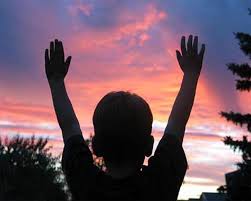 “I would like to know more about the Hebrew words echad and yachad. Some say these words show that God is a ‘plurality in unity’ whatever that is!”

Yachad was only used three times in the Bible (Genesis 49:6; Psalm 86:11; Isaiah 14:20), and it means, “to be (or become) one:—join, unite.” (Strong’s Hebrew Dictionary) Yachad is never used in reference to God, so this word could not possibly lend any weight to the idea that God is a “plurality in unity.”

Many Trinitarians use this verse to attempt to prove that God is made up of three individuals. They claim that the word echad means a group, or a unit, rather than just one, and only one. To support this assertion they quote from Numbers 13:23, which says, “And they came unto the brook of Eshcol, and cut down from thence a branch with one [echad] cluster of grapes, and they bare it between two upon a staff; and they brought of the pomegranates, and of the figs.” Some Trinitarians assert that because the word echad is used here, referring to a cluster of grapes, that the word echad means “one made up of parts, a unit or a group.”

Another verse that Trinitarians sometimes refer to for support for their assertion that echad means more than one is Genesis 2:24, where it says, “Therefore shall a man leave his father and his mother, and shall cleave unto his wife: and they shall be one [echad] flesh.” Trinitarians sometimes use this verse to try to prove that echad does not mean one. However, the verse did not say that a man and a woman would become one human, nor did it say that they would become one person or one being. Though the man and the woman would become one flesh, they would still be two persons, two beings, and two humans. Neither would they be joined together to become one body of flesh. Rather, this verse refers specifically to the marriage relation that, once consummated, makes a man and woman joined to each other. We know that this verse has this meaning because a man can even be “joined to an harlot.” (1 Corinthians 6:16)

Please read the following verses where the word echad is used, and see for yourself whether it means a plurality. “Two are better than one [echad]; because they have a good reward for their labour. For if they fall, the one [echad] will lift up his fellow: but woe to him that is alone [echad] when he falleth; for he hath not another to help him up. Again, if two lie together, then they have heat: but how can one [echad] be warm alone? And if one [echad] prevail against him, two shall withstand him; and a threefold cord is not quickly broken.” (Ecclesiastes 4:9-12) “And his offering was one [echad] silver charger, the weight thereof was an hundred and thirty shekels, one [echad] silver bowl of seventy shekels, after the shekel of the sanctuary; both of them were full of fine flour mingled with oil for a meat offering.” (Numbers 7:13)

It is very obvious from the above verses that the Hebrew word echad means one. When the Bible says, “Hear, O Israel: The LORD our God is one [echad] LORD,” it means just that. There is one, and only one, “LORD our God,” and not a unity of three gods.