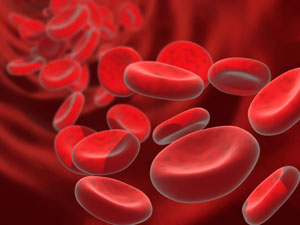 I began writing this series on health because of an article the editor wrote on the eight laws of health [see the December 2001 issue]. I thought it would be good to expand some of the concepts he had only briefly covered. It turned out to be a more extensive project than I had imagined at first.

Now that the series on the eight principles of good health is finished, I need to go over it and see if there are any loose ends that need to be tied off. Also, as I read, I sometimes find information that is important or interesting enough to receive wider circulation. This is what will be included in any future articles.

This article is about the aging process and ways to slow it down. There are many theories as to the cause of aging. Some of these are:

If you are not familiar with these you can look them up on the Internet. These actually turn out to be the consequences of aging and not the cause.

Please read Genesis 2:16, 17 and Genesis 3:22, 23. As you read the following facts, realize that something happened to man, in his physical being, to cause him to begin to die. I believe researchers have found what this is. If man had been able to eat of the tree of life after sinning, he would have lived forever. It seems that the tree of life contained something to activate the gene for an enzyme called telomerase.

About 40 years ago a researcher named Leonard Hayflick discovered by chance that cells grown in culture would only divide about 50 times and then slow down and stop. Today it is known that cells can divide a maximum of about 80 times. Hayflick’s cells had already divided about 30 times before they were taken from the subjects. This limit is called the “Hayflick Limit.” At the time, it was not understood why this is so.

The cause of cell aging is now known. The DNA strands in the nucleus of each cell have a section on the ends called the telomere (from the Greek, meaning end part). The telomere was once thought to serve no useful purpose, but it is now known to be the determinant for cell aging.

Most of the cells in the body have the ability to reproduce themselves when necessary. When we need new cells to replace damaged or diseased cells, a cell divides to create two new cells. In the process, the cell copies its DNA and passes it on to each daughter cell. However, it is now known that each daughter cell does not receive a complete copy of the parent cell’s DNA. Each time a cell divides, a tiny portion of the telomere is lost. Each new generation of cells has slightly shorter telomeres. When the telomere gets sufficiently short, the cell dies.

Thus the telomere serves as a clock for the cell. It determines its life span. It makes the cell mortal. However, we don’t die because we run out of cells. Even if we die of old age, we still have billions of functioning cells with cell divisions remaining.

Something more than the Hayflick Limit is at work in aging. As the telomere shortens, it changes the behavior of the cells. Cells with shorter telomers begin to slow down. They stop contributing to the function of the tissue, organ or gland. When enough cells act old, our bodies can no longer defend themselves from the destructive forces of the environment (such as free radicals), and they become more susceptible to disease.

Two types of cells do not shorten the telomere when they divide: germ cells (ova and sperm, not bacteria) and cancer cells. These cells can divide without limit. Given an adequate environment, they will go on forever. They are ageless.

The key for both cancer cells and germ cells is an enzyme called telomerase. Telomerase rebuilds the telomere back to its original length each time the cell divides. Without it, a cancer couldn’t survive beyond 80 cell divisions and would die off while still very small. Without telomerase, egg and sperm cells couldn’t survive through generations.

There are ways in which anyone can slow the effects of aging on the body. These strategies can help slow the shortening of the telomeres.

Homocysteine is an amino acid that has been implicated in heart disease. It contributes to the development of hardening of the arteries. Researchers have found that high levels of homocysteine triple the amount of telomere length lost during cell division. Homocysteine can be changed by the body into cysteine, but adequate amounts of vitamin B12, vitamin B6, and folic acid are required. Japanese researchers have found that raising the level of vitamin C in human cells slows the loss of telomeres by 52 to 62 percent.

Restricting calorie intake has been shown to extend life. Animals put on restricted diets have increased their life span by about 30 percent. The animals were fed about 30 percent less than they would eat if given free access to food. Recent research is showing that caloric restriction slows the rate of cell division, which slows the loss of telomeres. There are several ways this can be done. Eliminating non-essential dietary items, such as refined starches, sugars and fats, and eating more high fiber foods, such as green vegetables that are low in calories and high in nutrition, would be a good start. Another way would be to fast regularly; one day a week, or even one or two days a month, would benefit most people.

Another means to delay aging is to exercise. As people get older, they lose muscle mass. Many people blame their weakness, fat gain and sluggishness on just getting older, but it is largely due to decrease in muscle and its effects on the body, and that is reversible. There is a medical term to describe this loss of flesh: sarcopenia. Sarcopenia causes weakness. This leads to the loss of the capacity to perform activities of daily living. It is a major reason why so many older Americans are in nursing homes. It is also the biggest cause of falls in elderly people, causing bone fractures and further disability.

Muscle mass can be rebuilt with exercise, even in very elderly nursing home residents. The most effective exercises target the large muscles of the body. These are the muscles of the thigh and the buttocks. The arms, chest and shoulders muscles only contain about 15 percent of the total muscle mass of the body. These are what most people focus on when exercising. The most important anti-aging, muscle restoring exercises must flex and extend the hip joint.

A recent study looked at the effects of exercise on sarcopenia. Twenty-one frail, elderly men took part in resistance training for 11 weeks. Their muscle fiber increased by up to 60 percent and they showed improvement in balance, strength and physical ability, making them less likely to fall.

You only have one life. The one responsible for taking care of that life is you. The time to start making improvements is now.

(George McDaniel is my father-in-law, and has been a registered nurse for many years, which, along with much research, has taught him many useful health principles. Editor)