“I will praise thee; for I am fearfully and w 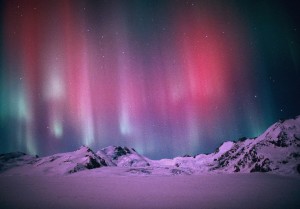 onderfully made: marvellous are thy works; and that my soul knoweth right well.” (Psalm 139:14)

When David wrote these words, he had comparatively little knowledge of how the body is made and how it works. Nevertheless, he could praise God for the wonders of his being. People living a few hundred years ago didn’t know much more than David knew of the wonders of the human body. The knowledge was not available. Even today, most people know little of these things. There is plenty of knowledge now about the workings of the body. It just takes a little effort to find it, and requires some basic knowledge to sort out error from fact.

In this article, and in ones to follow, I hope to present a basic understanding of how the body functions and how to keep it functioning well. I would like to deal individually, and in greater detail, with the eight natural remedies for health as presented by the editor a few issues back, and show how they keep the body in health. I hope to be able to keep things as non-technical and as simple as possible, and yet be thorough and accurate.

The basic structure of all living things, human, animal, plant, bacteria, or whatever, is the cell. Evolutionists tell us that the first living organism on earth was a simple, one-celled organism that somehow evolved from non-living chemicals. We cannot accept this theory. As we look at the structure and workings of a cell, however, we see that it is far from simple. What we see is very complex and well-organized.

We will first examine the way a cell is put together (anatomy). Then we will see a little of how it works (physiology). It is actually so complex that a whole book of several hundred pages could be written on the subject. We are going to look at a “typical” human cell, but much of what is true about this is true of any cell, plant or animal.

The cell is very small. It would take about 1000 of them side by side to measure an inch. It is completely surrounded by a membrane containing three layers: a layer of protein covered on both sides by a layer of fat. Inside the cell membrane is a fluid called cytoplasm. This just means cell fluid. Within the cytoplasm are small structures called organelles (small organs). Some of these are nucleus, nucleolus, endoplasmic reticulum, ribosomes, mitochondria, golgi complex, liposomes and vacuoles. The functions of each of these are as follows:

Nucleus – contains deoxyribonucleic acid (DNA). DNA controls the life of the cell, and the lives of organisms made up of cells, in two ways. First, it passes on all hereditary information from one generation of cells to the next. Second, DNA determines the form and function of the cell by regulating the kinds of proteins it produces. The foundation for every part of the human body is protein. Even the bones, which we think of as being mainly calcium, have an underlying structure of protein to which is added various minerals to provide rigidity, such as calcium, magnesium, boron and many others. Even the blood fluid contains protein, which is what keeps the water inside the blood vessels. DNA molecules lie tightly coiled in the chromosomes of a cell. Each chromosome probably consists of one very long DNA molecule.

The average length of a human chromosome is about 16 inches, but it is a thread so thin that details can’t be seen even under an electron microscope. It’s shape is called a double helix—a double thread held together by crosspieces and coiled like a spring. It looks something like a twisted rope ladder. All DNA looks the same, whether from a tree, an elephant, or a human. Genes are specific units on the chromosomes for making a certain protein.

Nucleolus – a smaller body within the nucleus. It contains ribonucleic acid (RNA), which is involved in the manufacture of protein. It carries out DNA’s instructions. Two of these are: messenger RNA and transfer RNA.

Endoplasmic reticulum – a network of channels throughout the cytoplasm through which protein in various stages of production is transported.

Ribosome – granules of RNA where the linking of amino acids into proteins takes place. They are on the outside of the endoplasmic reticulum.

Mitochondria – membrane-lined structures saturated with complex enzyme systems whose activities result in the production of energy for cell operations; called also the powerhouse of the cell. Glucose is changed into energy here.

Golgi complex – believed to be a storage place for protein.

Vacuoles – membrane-lined containers of various compounds in transit through the cell. They can remove waste matter from the cell.

Lysosome – membrane-lined container of enzymes. Can merge with vacuoles containing debris and disintegrate the contents. This is then ejected through the cell membrane.

We can see from this that the cell is an amazing little factory. The activity of cells in the human body is under the control of the brain. They do not act independently. If an injury occurs, or an enzyme or hormone is needed, or growth is occurring, a message is sent to the brain or to a secondary control center in the central nervous system. A program containing all the needed instructions as to what proteins are needed and how they are to be used is sent back. The DNA in the nucleus opens up at the right place, exposing the blueprint for the needed protein. Messenger RNA from the nucleolus copies the blueprint and carries it out of the nucleus to a ribosome. The ribosome begins moving along the strand of messenger RNA. Another kind of RNA, transfer RNA, collects amino acids and brings them, one at a time, to the ribosome, finds its correct place on the messenger RNA mold, and then builds the protein needed. The last piece of information on the messenger RNA strand tells the ribosome that the program is complete and it can let the protein chain go. The protein chain then goes through the endoplasmic reticulum to a warehouse, the golgi complex, where it awaits transfer to its final destination. It will be used as a building block in the finished product, perhaps a muscle fiber, a cell membrane, or an enzyme.

When a cell divides, everything in the cell is duplicated—all the DNA, RNA, organelles, membranes; everything—so that the new cell is an exact duplicate of the original. An exception to this is in the formation of reproductive cells, sperms and eggs. In the final division of cells for these, the number of chromosomes is cut in half. The human cell contains 46 chromosomes arranged in 23 pairs. When the sperm or egg is formed, it contains only one of each of these pairs. When the sperm and egg join to form a new being, the resulting person contains 46 chromosomes in each cell.

Another exception is in the early stages of the developing embryo. The program these cells receive causes differentiation, so that various systems develop; for instance, bones, muscles, nerves, heart, lungs, arms, legs, head and everything else that makes a body a human, or an elephant, or whatever. All this information is built into the DNA. Every cell in the body contains all the information, but it is controlled so that an earlobe doesn’t start to grow legs or the heart doesn’t produce insulin.

Every moment of our lives, damaged cells are being repaired or replaced, hormones and enzymes are being produced, foreign invaders are being removed. Literally millions of events are taking place all the time and it is all automatic; we don’t have to think about it. The only time we notice it is if something goes wrong and we start to feel sick.

We have an amazing number of cells in our bodies. I have seen estimates ranging from three trillion all the way to 50 trillion cells. These cells are arranged into tissues, which is a group of similar cells; tissues are arranged into organs, organs into systems, systems into the organism.

All this activity requires energy to take place. The energy is provided by the oxidation of glucose in the mitochondria to form adenosine triphosphate (ATP), CO2, and water. Wherever energy is needed, ATP goes. One of the phosphate bands is broken, releasing energy and forming adenosine diphosphate (ADP). ADP can be broken down even more into adenosine monophosphate and energy. This energy is essentially electric energy. The body runs on electricity. It is not just a chemical factory, which if given the right chemicals will function well. The importance of this observation will become clearer as we progress with this series.

From this we can see that even a “simple one-celled organism” is very complex. In order to have a living cell, every factor making up that cell and causing it to be a functional organism has to be in place at the same time. If it has gaps in its cell membrane, it will die. If it can’t process food into energy or rid itself of wastes, it will die. If it can’t duplicate itself and form a new generation, it will die out. A dead cell contains all the qualities and characteristics of a living cell except for one thing-there is no electrical activity present. Hitting it with a lightning bolt won’t start it up. In fact, it will probably destroy its structure. Evolution is impossible. We are indeed, “fearfully and wonderfully made.”