(This is the seventeenth in 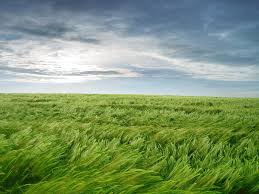 a series of health articles that are designed to help you gain a deeper appreciation for God’s amazing handiwork of the human body and a better understanding of how it works and how it can be better maintained by simple methods. George McDaniel is my father-in-law, and has been a registered nurse for many years, which, along with much research, has taught him many useful health principles. I pray that you are being blessed by these articles.     Editor)

Air consists of a little less than 80% nitrogen, about 20% oxygen, 1% carbon dioxide, and traces of other substances, such as water vapor. As far as humans are concerned, the most important constituent of air is the oxygen it contains. The nitrogen is important to the formation of protein by plants, and also to dilute the oxygen. If the oxygen content in the atmosphere were much higher, fires would be a very great danger, and very difficult to control. You may remember the fire that occurred during a test of the American space capsule, Apollo I. The oxygen level inside the capsule was 100%. A fire occurred, apparently due to an electrical spark, and burned very intensely, killing the astronauts. Premature infants used to be given 100% oxygen to try to compensate for their underdeveloped lungs, until it was found that it caused them to become blind.

Oxygen is essential to life but, used in improper amounts, it can also be highly toxic. It is the major driving force in many aspects of human metabolism. It is the most potent antibiotic and the most efficient scavenger and detoxifying molecule. However, it can pick up one electron and become superoxide, which is a very potent oxidant (free radical) but also a deterrent to infectious agents. Free radicals can destroy unsaturated fats, proteins and other large molecules. The body has antioxidant defense mechanisms, including cellular antioxidants and antioxidative enzymes, which help protect us from the dangerous effects of oxygen.

This is one reason why a good diet is so important. Fresh fruits and vegetables contain substances that act as antioxidants and free radical scavengers, such as vitamins A, C and E, and phytonutrients too numerous to mention. A good diet also eliminates refined carbohydrates and refined oils, which can contribute to the production of free radicals.

Oxygen is the most essential ingredient for life. We can live for several weeks without food, several days without water, but only a few minutes without oxygen. We need air for life and we need good quality fresh air for health.

Fats and glucose from the food we eat combine with oxygen from the air to give us energy. If you feel tired most of the day and lack energy, one of the things to consider is that you have a lack of oxygen due to poor breathing habits.

Breathing is natural and automatic. It is something we don’t have to think about. It is controlled by nerve centers in the medulla at the base of the brain. There are monitoring areas in the body that sense the levels of oxygen and carbon dioxide. If oxygen gets too low, and/or carbon dioxide gets too high, a stimulus will be sent to the diaphragm to contract and initiate a breath.

If we had to consciously control every breath, it would be impossible to sleep because when we sleep we would stop breathing and soon die. When we are awake, we do have some conscious control of our breathing, but it is impossible for us to hold our breath for very long. Even if we could hold our breath to the point of losing consciousness, it is not possible to kill ourselves in that way because as soon as we become unconscious, the breathing control center in the medulla would take over and we would begin breathing.

Because breathing is not under voluntary control, we may think that we get enough oxygen into our systems, but this is not necessarily so. Improper breathing techniques can result in inadequate ventilation. We get enough air to sustain life, but not enough to be really healthy.

Most of us were born with proper breathing techniques. If you watch a baby breathe, you will notice that his chest expands slightly, the lower ribs flare out, and the abdomen bulges out with every breath. This is normal breathing. Many adults do not breathe correctly. Because of emotional constraints or other forms of stress the muscles tighten, which causes their breathing to be too shallow. Therefore, they don’t get enough oxygen.

Many adults have very little abdominal movement; when breathing, only the chest moves. Shallow and restricted breathing reduces vitality and causes the metabolism to be lower. It leads to fatigue, exhaustion, and depression. It can affect every area of life-memory, creativity and concentration. It also can dull the fine points of mental activity such as will power, discernment and judgment. It can also affect our feelings, making us prone to develop negative feelings such as pain, anger, low self-esteem and guilt.

If you have some of the above symptoms, there is a good possibility that they can be helped by learning to breathe correctly.

It is important to become conscious of the way we breathe. By consciously practicing correct breathing techniques, we can overcome the bad habits and develop good habits of breathing. When good breathing becomes habitual, many of the symptoms it caused will go away and the stress that underlies it all can be relieved.

Several times a day, take a few minutes to breathe correctly. Breathing should be deep and balanced. Slowly take a full, deep breath, expanding the abdominal muscles. This should take four or five seconds. Then slowly exhale for about five or six seconds. The abdomen should be relaxed. Remember that the lung tissue is mostly in the sides and back and less in the front. There is very little in the high chest. Most of the expansion should be in the abdomen and lower ribs. There should be little or no movement in the high chest. If you get dizzy or spacey, stop and begin again later. This is something that takes little time, is easy to do and costs nothing. It may also be very beneficial.