(This is the eighteenth in a series of hea 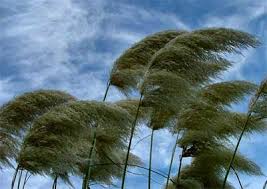 lth articles that are designed to help you gain a deeper appreciation for God’s amazing handiwork of the human body and a better understanding of how it works and how it can be better maintained by simple methods. George McDaniel is my father-in-law, and has been a registered nurse for many years, which, along with much research, has taught him many useful health principles. I pray that you are being blessed by these articles.     Editor)

The body can compensate for a lack of food intake in several ways. 1) It slows down the metabolism rate of cellular activity. 2) It uses stored reserves of carbohydrate, protein, and fat. 3) It recycles nutrients made available by the breakdown of cells. When forced to use body tissue for energy production, it first uses non-essential tissues. It does all it can to preserve vital tissues. A person can live for several weeks without eating.

The body also has mechanisms to compensate for a lack of water intake. 1) Urinary output decreases. 2) The urine becomes more concentrated. 3) The circulatory system reduces blood flow to less vital areas of the body. A person can live for several days without drinking.

The body has no way to compensate for a deprivation of oxygen. Cells deprived of oxygen die in a few minutes. Brain cells, which have the highest energy level of all the cells in the body, die after being without oxygen for only eight minutes in most circumstances. There have been instances where people who drown in cold water have been revived after being without oxygen for up to 30 minutes and have suffered no apparent loss of brain function. This is due to the slowing down of metabolic activity by the cold water. Cells need a continuous supply of oxygen to enable them to produce energy and, as soon as this stops, the cells die very quickly.

In last month’s article, proper breathing technique was mentioned. What happens to the air we inhale? It is filtered, warmed, and moisturized as it passes through the nose and throat. It then passes through the larynx, down the trachea, and into the branching bronchial tubes. These tubes continue to branch, getting smaller and smaller and more numerous. Finally the air passes through the terminal bronchiole into a cluster of about 20 tiny air sacs, called alveoli. This terminal bronchiole with its air sacs is called a respiratory unit. There are about 200,000 of these units in each lung. If the alveoli in the lungs were stretched out flat they would cover about 750 square feet (about 70 square meters).

Each sac in a respiratory unit is surrounded by a network of tiny blood vessels. These vessels are separated from the air sacs by a very thin membrane. Here is where the basic function of the lung occurs. Oxygen from the air in the sacs passes through the membrane into the red blood cells and carbon dioxide passes from the red blood cells into the air sacs. The oxygen is then taken to every cell in the body, and exchanged once more for carbon dioxide. Once inside the cell, the oxygen goes to the mitochondria where it plays an important part in the reactions which change the glucose and fat from the diet into energy. Every step in the process is mediated by an enzyme. Anything that interferes with any step in this whole process causes the body to operate less efficiently and can result in disease and death.

Some examples of conditions that can cause a decrease in oxygen to the cells:

All of these things mentioned so far only involve one end of the system that gets oxygen to the cells. Anything that hinders circulation of the blood also impedes the intake of oxygen and the release of carbon dioxide. Arteriosclerosis causes not only a hardening, but also a narrowing of the arteries and thus restricts blood flow. This can cause symptoms such as angina pain of the heart and cramping pain of leg muscles, known as intermittent claudication. This pain becomes more severe during exercise. As the condition worsens, even mild exercise will cause pain. The pain is due to a lack of oxygen in the cells involved.

At the cellular level there are also many things that can interfere with oxygen uptake. Dehydration is one cause. Another is heavy metals. Heavy metals such as lead, mercury and arsenic disrupt the enzymes needed for the utilization of oxygen.

Here is a list of some factors that can put us at risk for decreased oxygen to the body:

This list is not complete but it shows that there are many factors that can lead to dysfunctional oxygen metabolism which results in illness and premature aging. You will notice that some of these risk factors are physical, some are psychological, and some are spiritual. Our relationships with one another and with God are at least as important to our health as are the purely physical factors.

Paul tells us in 1 Corinthians 10:31, “Whether therefore ye eat, or drink, or whatsoever ye do, do all to the glory of God.” This tells us that everything we do, even our eating and drinking, has a spiritual side to it. If we have a spiritual emptiness in us it causes stress. We learned last month that stress causes the muscles to become tense and affects our breathing. It also depresses the immune system and makes us more liable to become sick. J. I. Rodale, who founded and served as editor for many years of the magazines Organic Gardening and Prevention, noted the relationship between mood and health in a book entitled Happy People Seldom Get Cancer.

Poor health doesn’t usually strike all at once, like lightning out of a clear blue sky. It comes on gradually, little by little. Many people don’t even notice their health is gradually worsening until some catastrophic event occurs, such as a heart attack or cancer. Then they become interested in health, but it is a long and difficult process to regain the health they have lost. Many never do because they don’t know how and don’t know where to go for help.

Many people also accept, without question, statements from friends or health care providers that aches and pains and physical and mental weakness are to be expected as one grows older. Unfortunately, because of the lifestyle they have lived all their lives, this is all too true for too many people.

How much better it would be to follow correct lifestyle practices from the time one is young and remain strong and active well past 100 years of age. There are many things that I wish I had known forty or fifty years ago. We can’t go back in time and make changes but we can make changes now that will affect the future.

There is still more to say about air, but it will have to wait until next time.