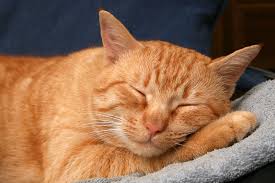 is the twentieth in a series of health articles that are designed to help you gain a deeper appreciation for God’s amazing handiwork of the human body and a better understanding of how it works and how it can be better maintained by simple methods. George McDaniel is my father-in-law, and has been a registered nurse for many years, which, along with much research, has taught him many useful health principles. I pray that you are being blessed by these articles.     Editor)

Our entire being, physical, mental and spiritual, requires periodic rest. There are many kinds of rest. There is the rest that occurs in sleep that we all require for about one-third of every day. There is a kind of rest we get from recreational activities when we take time off from our work. There is also the Sabbath rest that comes at the end of every week. Related to this is the rest we obtain by accepting Christ’s invitation where He says, “Come unto me, all ye that labour and are heavy laden, and I will give you rest. Take my yoke upon you, and learn of me; for I am meek and lowly in heart: and ye shall find rest unto your souls.” (Matthew 11:28, 29)

The first type of rest we will consider is sleep. Probably most people believe that the main purpose of sleep is to rest the muscles and brain. This is only part of what happens during sleep. During some of the stages of sleep the brain is very active. Many muscles do not need rest. For example, the heart and diaphragm work continually. In this article I will present some things I have learned, not only about sleep, but also about how the brain makes itself alert and reactive to the external environment; and why and how it periodically turns its attention inward and becomes unaware of surroundings in the phenomenon we call sleep. There is much that is not yet known about the how and why of sleep, but scientists who study sleep are learning more and more about it.

Also included is some information about how certain chemicals can stimulate the brain into being more alert and energized. Knowing how these things work helps us to understand how the brain turns itself on every morning.

Sleep touches nearly every aspect of our physiology and psychology, of our interaction with the world and with others. Hundreds of biological processes go on during sleep, making it impossible to separate sleep from the processes of living. For our health and happiness, we need to learn as much as we can about what kind of sleep we need for physical and psychological health.

Sleep releases the natural vitality we have in us, but it doesn’t directly create it. The thing that makes us feel bad when we don’t get enough sleep is sleep debt. Sleep debt is the accumulated amount of lost sleep. What sleep does to make us feel better is to erase sleep debt. Anything that gets rid of sleep debt, or covers it up, can lift our mood. This is true whether sleep debt is paid off through sleep or covered up with coffee or amphetamines.

There is also another factor besides sleep that affects our mood on a daily basis: the alerting effect of the biological clock. Everyone’s biological clock is set differently. Some people wake up early and are alert and ready to go. They are then ready for sleep early in the evening. Others don’t become alert until later in the day and stay up late into the night. These two classes are sometimes referred to as “larks” and “owls.” Young people tend to be owls; as they age they turn into larks. It may be possible to reset the biological clock. If a person consistently forces themselves to rise early, soon they will be alert early in the morning, and ready to sleep early in the evening.

The biochemistry of wakefulness and sleep is closely tied to the state of the emotional part of the brain. The waking brain naturally excites and primes itself for interaction with the external world, while the sleep-deprived brain suppresses that natural buoyancy by shutting down the brain’s neuro-chemical activity.

Sleep researchers don’t know exactly how sleep and sleep debt help the brain create good and bad feelings, but they are learning how the brain puts itself in an “up” mood and how addictive drugs create a “high” by stimulating the brain’s pleasure centers.

A brain circuit called the reticular activating system plays a major role in arousal. It is highly likely that the biological clock operates on this system to wake the brain and keep it awake. This system is a small collection of nerves that originates deep in the brain stem. A relatively few cells in the brain stem reach out and touch nearly every cell in the brain. These cells carry neurotransmitters that relay activating signals from the reticular activating system. These neurotransmitters are norepinephrine, dopamine and acetylcholine. Norepi- nephrine is one of the key neurotransmitters for arousal. Dopamine is known to be involved in body movements and pleasure. Acetylcholine also acts as a prime arousal chemical and is known to be important in carrying signals concerning muscle movements. Another neurotransmitter, serotonin, also has a strong effect on mood.

The energized feeling one gets when he obtains enough sleep and wakes up in the morning energized, feels so good that many people try to obtain the same feeling while not complying with the necessary steps to ensure it naturally. Almost every generation throughout history has had stimulants to resist the sleep drive and elevate the mood. Commercial empires have been built through trade in caffeinated foods such as coffee, tea, chocolate and soft drinks. Much of Latin America, India, Indonesia and East Africa were colonized to grow coffee or tea. In the twentieth century, cocaine and amphetamines had their period of legitimacy before their dark side became known.

These chemical stimulants work by modifying the way the nerve cells in the brain send messages to each other. Nerve cells communicate with other nerve cells across a gap called a synapse. They do not touch each other, so cannot directly pass an electrical impulse on. Chemicals called neurotransmitters are released from the end of one nerve into the synapse and are taken into receptors at the end of the other nerve. After the neurotransmitters norepinephrine and dopamine are released into the synapse, and then stimulate the receptors on the adjacent nerve, they are usually quickly recycled back into the cell from which they came, to be reused when needed.

Cocaine blocks the re-uptake of these neurotransmitters, causing them to stay in the synapse longer and continuing to stimulate other nerve cells during this time. Cocaine makes normal brain signals stronger and longer lasting.

Dopamine is the main neurotransmitter involved in the brain’s pleasure centers. When dopamine is released in these parts of the brain, we feel wonderful and want to recreate the events that led to this reward. It seems that all addictive drugs and behaviors are addictive because they cause dopamine release either directly or indirectly.

The brain stimulant of choice in the civilized world is caffeine. Its psychological effects are less intense than cocaine or amphetamine. Every day billions of people around the world use coffee, tea and other caffeinated beverages.

The energy obtained from caffeine is not without its cost. Overuse can make one jittery. If consumed late in the day it can keep one from sleeping. It can cause rapid or irregular heartbeat in some people. Caffeine users become habituated, so that it takes increasing doses to obtain the same effects and can cause headaches, irritability and discomfort if they stop using it. Habituation occurs because the body wants to maintain nerve activity at a normal level. It adapts to the presence of caffeine. I am not sure just how it does it. It may increase the amount of adenosine present or make more adenosine receptors. In order to get the stimulant effect from the caffeine, the dosage has to be increased. If the stimulant is removed, there will be an excessive adenosine effect, resulting in the symptoms mentioned. This happens during sleep. The caffeine level gets low so the habitual user has to have a cup or two to get going in the morning. If someone is serious about quitting the habit, he needs to realize he will have a few miserable days before his body adapts to the new conditions. Keep in mind that it will adapt.

Nicotine is another common stimulating drug. It stimulates brain activity by mimicking acetylcholine, which is another key activating neurotransmitter. This effect of nicotine has been known for a long time. Recently it has been discovered that nicotine also causes release of dopamine in the reward centers of the brain. This is probably the biggest reason that tobacco is addictive. Tobacco also causes a number of health problems, as is well known.

The illegal stimulants, such as amphetamine, are dangerous; in part because they deplete neurotransmitters in the brain. After the drugs wear off, the brain crashes.

All of the drugs mentioned just postpone the inevitable demands of the sleep drive. One may be able to stay up later and drive farther but eventually he will have to sleep extra to pay off the sleep debt that builds up during that time.

More about sleep next time.