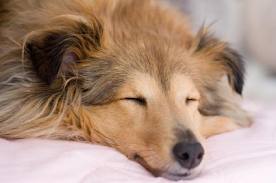 s the twenty-first in a series of health articles that are designed to help you gain a deeper appreciation for God’s amazing handiwork of the human body and a better understanding of how it works and how it can be better maintained by simple methods. George McDaniel is my father-in-law, and has been a registered nurse for many years, which, along with much research, has taught him many useful health principles. I pray that you are being blessed by these articles.     Editor)

What happens during normal sleep? Scientists study the brain during sleep by using a device that measures electrical activity of the brain called an electroencephalograph, EEG for short. The brain of an awake, relaxed person gives off about ten small waves a second. As a person falls deeply into sleep, the brain sends out slower but larger waves.

The different levels of sleep are given numbers, referred to as stage one through stage four. Stage four is the slow-wave sleep. This is also referred to as delta sleep. A person in stage one sleep can be awakened easily. Any noise, such as a door closing or a dog barking, or other stimulus such as a touch or a light being turned on, can awaken one in light sleep. Dreams can also occur during this stage, even though they are more prevalent during a later stage.

After a person has been in stage four, or delta sleep, for awhile, he normally goes into a period of fast brain wave activity during which his eyes move about rapidly. This is called rapid eye movement sleep, or REM sleep. A person awakened during this phase of sleep can usually remember dreaming and will be able to give details of the dream. People normally experience approximately 90-minute cycles of non-REM and REM sleep. Non-REM, which includes the deep or delta sleep that provides for daily physical and mental rest and renewal, dominates the first part of a night’s sleep, while REM or dreaming sleep is more prevalent in the second half.

The amount of delta sleep tends to decrease with age. Children experience the most delta sleep and older people experience little or none. Anyone who has ever cared for children knows how hard it is to rouse them once they are soundly asleep. The two most important stages of sleep for health are delta sleep and REM sleep. Stages one through three are just transition stages.

Possibly the most important aspect of rejuvenation during sleep occurs when a substance called growth hormone (GH) is released. It is released in delta sleep just preceding the entry into REM sleep. GH, in turn, is believed to help regulate sleep during the REM stage. The value of adequate levels of GH is so great that loss of REM sleep, during which GH apparently exercises control, can be a serious threat to health. Certain drugs, including most sleeping pills, alcohol, and even sugar, can disrupt normal GH activity and REM sleep.

GH is usually secreted in a series of pulses. In normal young adults, a major release occurs in the first cycle of delta sleep. In men this first release represents about 70% of the daily GH output. In women, the GH release is more variable, but early sleep is the primary determinant of GH release for both men and women.

The decline of both early phase, slow-wave sleep and GH release are age-related. This raises the possibility that too little GH at the most propitious time may speed aging and its associated conditions, including sleep disturbance. Too much GH at the wrong time may also be detrimental. This is why GH injections can be harmful, since they come at the wrong time physiologically speaking.

Other studies have shown that the diminishment of REM sleep is connected to the decline of memory functions including recognition, recall, spatial memory and other cognitive activities.

Sleep, Longevity and the Immune System

Related to longevity, sleep may be more important than most people think. In the 1950s the American Cancer Society did a study of factors involved in longevity. Volunteers surveyed over one million Americans from every county and parish in the country. The survey asked about exercise, nutrition, smoking, sleep and other health-related habits. Six years later, the survey was repeated, clearly identifying the respondents who had died since the original survey. Out of all the factors in this study, stated habitual sleep time had the best correlation with death.

The highest mortality rates at all age levels occurred for those who said they slept four hours or less and also for those who said they slept for nine or ten hours or more. The lowest death rates were those who reported that their habitual nightly sleep time was around eight hours. Other studies have shown similar results. When scientists studying these results eliminated those suffering from painful illnesses such as cancer, the results remained the same. Those who sleep seven to eight hours live longer.

For those who sleep longer, the possibility is that they suffer from an undiagnosed sleep disorder such as sleep apnea. Even though they spend more time in bed, their sleep is repeatedly disrupted by short, unremembered awakenings that severely cut down on real sleep time. Sleep disorders can create excessive daytime sleepiness that can be life-threatening.

These studies don’t prove a causal relationship between amount of sleep and life span but the results are very suggestive. One possible answer to the question of the relationship of the length of sleep to the length of life lies in the immune system. There seems to be a connection between sleep and the maintenance of our bodies through immune function and cell repair.

Our bodies keep harmful organisms in check through the action of special cells that recognize whether other cells are part of the body or foreign. The immune system also recognizes and destroys mutant cells, those that are or can become cancerous. When the body detects invaders, immune cells release substances called interleukins. These chemical messengers are a call heard throughout the body, mobilizing many kinds of immune cells. Special proteins called immunoglobulins are sent out to intercept foreign matter. If a cell is found to be foreign, cancerous, or infected with a virus, the body calls in the destroyers: immune cells like T-cells, macrophages, and natural killer cells. Natural killer cells attack cancers and viruses in particular. They come up next to the mutant or infected cells and release enzymes that make holes in the enemy’s cell membrane.

Once we fall prey to an infectious disease, all the elements of the immune defense network come into play. Interleukins and other immune molecules cause a massive mobilization among the immune cells. One result is fever. Scientists have found that if they inject interleukin into a healthy person it raises the body temperature a few degrees.

When we are sick, in addition to getting a fever, headache and aching muscles, we get very sleepy. All we want to do is find a place to lie down. Even a cold not bad enough to give us a fever will make us feel tired. This also seems to be the effect of interleukins, which act to increase our brain’s pressure to sleep. Test animals given interleukin-1 will pass more quickly into slow-wave sleep. However, increased sleepiness doesn’t always mean more sleep. People tend to sleep more at the start of an infection and less as the illness continues. During the peak stage of sickness people tend to sleep fitfully, being awake for a few hours and asleep for a few hours, then awake again for several hours. This resembles the pattern seen in animals when the biological clock is disabled. It seems that interleukins and other immune messengers also may act directly on the body clock, even turning it off or blocking its alerting impact.

Some researchers have wondered, since being sick increases our desire to sleep, whether sleep can help the body fight infections once we succumb. It was found that rats, totally deprived of sleep, died after about 40 days. Autopsies done on these rats showed greatly enlarged lymph nodes and a large amount of bacteria in the blood. This shows that the immune system must have broken down as a result of sleep deprivation. One researcher, studying sleep deprived rats, found live E-Coli bacteria in abdominal lymph nodes after as few as four or five days of sleep deprivation. The rats still appeared perfectly healthy. This researcher, comparing sleep deprivation with food deprivation, made the following observation: If you deprive someone of food for a short time, they get hungry, but you don’t see any nutritional problems. Only when someone has a restricted diet for a long time do you see nutritional problems becoming obvious.

Certain immune system chemicals, such as interleukin, and tumor necrosis factor, increase during sleep and then decrease in the morning as one wakes up. Both of these substances act like sleep medication when injected.

Natural killer cells are particularly affected by lack of sleep. Researchers in one study found that people who stayed up until 3:00 a.m. before falling asleep had a 30 percent reduction in the number of natural killer cells the next day and depressed activity in the ones still present.

This suppression of immune function could result in greater susceptibility to viruses such as those that cause colds. Since these immune cells also protect against tumors, it is possible that chronic sleep deprivation increases cancer risk.

A related aspect of sleep deals with repair and growth of cells. Cells in the body are constantly wearing out and being injured. They need constant replenishment. The concentration of growth hormone released during the night’s first period of stage four sleep suggests that deep sleep is important for this repair process and that the disappearance of deep sleep may contribute to the physical decline experienced in old age.

Growth hormone is released into the blood stream through the action of another hormone called growth hormone releasing hormone (GHRH). GHRH induces sleep. When levels of GHRH are artificially increased in the body, sleepiness increases.

In animals, administering drugs that block the release of GH tends to keep them awake longer, even after they have been sleep deprived and are very sleepy. The process of releasing GH into the blood stream is not just a response to sleep but seems also to foster sleep, through the action of GHRH.

Growth hormone, growth factors and immune regulators seem to work with each other to produce sleep, which is the best state for doing their job. As we fall asleep, our bodies turn to the task of energy and tissue conservation. Body temperature decreases, conserving energy, sugars are stored away, growth hormone fosters the repair of tissue and the immune system is bolstered.

As we wake up and work through the day, our bodies are prepared for action. Stress hormones rise mobilizing stored sugars to make energy available and raising our adrenaline levels and general excitability. Stress hormones also work against interleukin-1 and other immune factors, further encouraging wakefulness. GH levels drop, probably because cells switch from reproduction to other functions such as processing food or muscular action. Added to this are the psychological stresses in our lives, which tend to interfere with sleep and also help suppress the immune system.

Hormones, immune chemistry, the metabolic machinery and sleep are all tied together in a complex web of biochemical interaction. Our bodies oscillate between the needs of waking life—to work, to use energy, to expose ourselves to wear and tear—and the necessities of renewal, when energy is stored, tissue repaired and the immune system prepared to fight another day.

In the next article we will provide more information about sleep, including steps to take to improve your sleep patterns.