(This is the third in a series of health articles tha 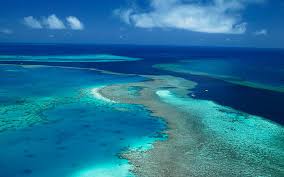 t are designed to help you gain a deeper appreciation for God’s amazing handiwork of the human body and a better understanding of how it works and how it can be better maintained by simple methods. George McDaniel is my father-in-law, and has been a registered nurse for many years, which, along with much research, has taught him many useful health principles. I pray that you are being blessed by these articles.    Editor)

Good health—something we all want, at least to the extent that we feel good and don’t have pain. However, most don’t pay any attention to health until they become sick. This frequently happens as we grow older and the cumulative effects of years of poor choices begin to be felt. The earlier in life we begin to put good health principles into practice, the better off we will be. However, it is never too late to begin learning and practicing right ways of living, as long as we still have the ability to reason and are able to make decisions for ourselves.

The body is an amazing organism. It can suffer years of abuse and mistreatment, and begin to break down; but if proper lifestyle changes are made, it can recuperate and regain much, if not all, of its proper function. Even people who have been given up by the medical profession, and told death is certain and imminent, have recovered their health by learning to assist the body’s innate ability to heal itself. One prominent example of this is Dr. Lorraine Day, MD. She is an orthopedic surgeon and was for 15 years on the faculty of the University of California, San Francisco, School of Medicine, as associate professor and vice-chairman of the Department of Orthopedic Surgery. She was also Chief of Orthopedic Surgery at San Francisco General Hospital.

About 10 years ago she developed breast cancer. At the time of diagnosis, it had already invaded the muscles of her chest wall. The outlook was grim. She states, “The doctors told me, ‘You have cancer. You’re going to die.’ But they were wrong. I refused chemotherapy, radiation, and mutilating surgery, the treatment methods all surgeons are taught, and got well by using natural remedies.” (Note that she did have surgery twice to remove the tumor itself—but no radical mastectomy or lymph node removal.) Over the years, she had seen many cancer patients die from their treatment, rather than from their disease, because chemotherapy and radiation suppress the immune system, which is the same system that a cancer patient needs to get well. Instead, she chose to rebuild her immune system, using the simple natural therapies designed by God and outlined in the Bible, so her body could heal itself. These therapies are the same ones we are going to investigate in future articles.

Anyone who is currently under a doctor’s care for health problems should not make any changes in the program without consulting the doctor. It is very important to know the reasons for everything one does. Remember that “a little knowledge is a dangerous thing.” It is a matter of good vs. better or best and one must prayerfully do much study to discover the best.

By the way, Dr. Day has made some videotapes on her experience. Two of them are: “Cancer Doesn’t Scare Me Anymore,” and “You Can’t Improve on God.” Incidentally, she also made two videos on AIDS in 1992, at the time she was struggling with the cancer. It is very informative to note the difference in her appearance at that time and four years later when she made the videos on cancer. In the earlier videos, she looked exhausted, haggard, and possibly in her mid-sixties. (Actually, she was mid-fifties.) Four years later, she appears 15-20 years younger, full of energy and very much alive. That, in itself, reveals much about the benefits of the program. Check out her web site at www.drday.com to learn more about her.

The major cause of disease is a weakened immune system. This should be obvious, since a healthy immune system will enable the body to fight off disease and quickly repair any damage done. There are many factors that can cause a weakened immune system, but they can be summed up in one word, stress. Stress can be physical, mental or emotional. It can come from outside the body or from within. Stress is the body’s reaction to a stimulus that upsets its natural balance, its normal function, and disturbs mental or physical health. Any illness that results adds to the stress. Some people are able to handle stress well, while others are easily affected by it.

One example of things that cause stress is toxins, both those produced by the body and those present in the environment. Our body’s defenses are being overwhelmed by ever increasing amounts of toxins in our air, water, food, medicine, etc. Other stressors include: family problems, death or serious illness of loved ones, pressures at work, financial pressures, crowds, noise, traffic, pain, temperature extremes, lack of sleep, substance abuse, smoking, nutritional deficiencies, dehydration, terrorism or the threat of it, uncertainty about the future, etc. The list could go on almost endlessly. Even though we can’t totally eliminate stress from our lives, we can minimize it and learn to deal with what we can’t avoid.

In trying to understand how to keep ourselves in good health, it is helpful to know what constitutes life itself, in so far as it is possible for us to do so. To state it very simply, the difference between a living organism and a dead one is that the living organism is electrically active. Not just the brain cells, but also every cell in the body produces electricity and functions by electricity. Whatever we can do to maintain that electric current will result in health. Whatever lessens that current will result in sickness.

It is my understanding that some researchers have actually probed living cells, trying to determine what it is that constitutes “life.” They were looking for some spark of life or some living entity that could explain life. Nothing has been found, and probably never will be.

The understanding of most scientists today is that life is merely the result of certain complex biochemical reactions. This is the reason why one frequently hears or reads statements that someday soon a scientist will create living matter in a test tube. A Christian who believes that the Bible is the divinely-inspired Word of God, knows that life is the result of divine action. Genesis 2:7 says, “And the Lord God formed man of the dust of the ground, and breathed into his nostrils the breath of life; and man became a living soul.” That being that God formed was just an inert, although very complex, statue until God gave it life. God is life. (See John 5:26) He gave it to Adam and Eve. From them it passed down to their descendants. The life we each possess came originally from God. The life force is, of course, much weaker in us than in Adam. This is the truth of the origin of life. It is infinitely more than just the result of a series of biochemical reactions.

As we continue to study the topic of health in future articles, and as we contemplate the other issues that are dealt with in this publication, it would be well to remember the words of Jesus as written in Matthew 6:13, 14: “Enter ye in at the strait [difficult] gate: for wide is the gate, and broad is the way, that leadeth to destruction, and many there be which go in thereat: Because strait is the gate, and narrow is the way, which leadeth unto life, and few there be that find it.”

The way that leads to life, to God, is neither easy nor popular. In order to enter that way, we have to give up our wants, our thoughts, our ambitions, and seek the will of our Heavenly Father. If we don’t want to meet those conditions, our lives may be easier for awhile, but then we will have entered the way that leads to failure and eventual destruction and will have no one to blame but self.