(This is the fourth in a seri 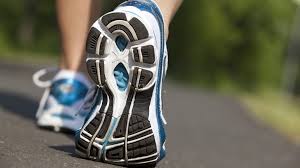 es of health articles that are designed to help you gain a deeper appreciation for God’s amazing handiwork of the human body and a better understanding of how it works and how it can be better maintained by simple methods. George McDaniel is my father-in-law, and has been a registered nurse for many years, which, along with much research, has taught him many useful health principles. I pray that you are being blessed by these articles.    Editor)

In 2 Kings chapter 5, an incident is recorded that has an important lesson for us, relating to every aspect of our lives. We see detailed here the experience of Naaman, who was a very important Syrian leader. He was actually the general in command of the Syrian army. Naaman was a valiant man, but he had leprosy. This was equivalent to a sentence of death, because no cure was known; quite similar to many kinds of cancer today. He learned from an Israelite slave girl that there was a prophet in Israel who could cure him. The king of Syria sent him to the king of Israel with a valuable reward and a letter that said, “I have sent Naaman my servant to you, that you may recover him of his leprosy.” (2 Kings 5:6)

The king of Israel was very distressed at hearing this. He tore his clothes, which was a sign at that time of great grief, and said: “Am I God, to kill and to make alive, that this man sends unto me to recover a man of his leprosy? Wherefore consider, I pray you, and see how he seeks a quarrel against me.” (2 Kings 5:7)

When Elisha, the prophet, heard that the king of Israel had torn his clothes, he sent word to the king to send Naaman to him “and he shall know that there is a prophet in Israel.” (2 Kings 5:8)

So Naaman came with all his retinue and stood at the door of Elisha’s house. Elisha didn’t even come out to see the great man. He sent a message by his servant, telling him to go wash in the Jordan River seven times and he would be healed. This made Naaman very angry. He went away and said, “Behold, I thought he would surely come out to me and call on the name of the Lord his God, and wave his hand over the place, and recover the leper. (v. 11, margin) Are not Abana and Pharpar, rivers of Damascus, better than all the waters of Israel? May I not wash in them and be clean? So he turned and went away in a rage.” (2 Kings 5:11, 12)

It appears, from these words of Naaman, that there must have been “faith healers” in Syria much as there are today and using the same techniques. He may even have gone to one, without success. Many today are seeking shortcuts to physical healing that don’t involve obedience to God’s commands.

His servants reasoned with him with these words, “If the prophet had bid you do some great thing, wouldn’t you have done it? How much rather then, when he says to you, wash, and be clean?” (2 Kings 5:13)

Naaman appears to be a man who could be reasoned with. He calmed down, saw the logic of his servants, and went to the Jordan and dipped under seven times, and it is recorded that his flesh came again as the flesh of a little child, and he was clean.

Read the account in 2 Kings 5. Learn what happened to Gehazi, Elisha’s servant, when he yielded to the temptation to obtain riches to which he had no right.

As we review this story, certain things stand out. Naaman did not have much faith that he could be healed. He was desperate and grasping at any straw he could find that offered the slightest hope. The king of Israel, probably Joram, son of Ahab, didn’t have any faith in God to heal. He didn’t even suggest that Naaman go to Elisha; Elisha had to send a message. The one with the strong faith was the little slave girl. God honored her faith by healing Naaman. However, Naaman had to respond by obeying the command from God through Elisha. His obedience shows he did have some faith.

This story also shows how much influence one person with strong, unshakable faith, can have. Think about this young girl, taken away from home and family, made to serve foreigners who hated her race and her God, and yet she was concerned about the one who was her master and wanted to share something about the true God with him. There also must have been something very positive about her character that showed in her day-to-day life or her words would not have been believed, but rather ridiculed. That’s something to think about and meditate on.

Do we want good health, physically and spiritually? Then we have to learn God’s commands (or laws or desires) in this regard and obey.

In the December, 2000, issue, the editor wrote an article on health in which he introduced the acronym NEW START. These letters help us to remember eight basic principles for good health. They stand for Nutrition, Exercise, Water, Sunlight, Temperance, Air, Rest, and Trust in God. None of these works independently of the others. They all work together to produce the desired effect of good health. The one named last is the most important one of all. Anyone who practices the first seven will have improved health of the body, but even more essential is a connection with the Eternal One and the development of spiritual health. Good physical health is a great help in developing spiritual health. Everything is interrelated. As we continue with this series, and take up these eight rules for good health one by one, I am going to try to show how they all work together. I am going to try to present general principles that can be applied to specific conditions without getting too much involved in specific details, except by way of illustration.

One final thought: There is a function of the human spirit that, as far as I know, is not possessed by lower animals, which can help us in our search for truth. That is the will. We have to decide that when we find truth in any area, if we are sure that it is God’s desire for us, we will obey. Even if no one else around us sees it as we see it, and even if they oppose and ridicule us, we have to decidein advance that we will follow where God leads. The power of the human will, when yielded to the will of God, is limitless. We just need to put it to the test and see what God can accomplish in and through us to His glory.