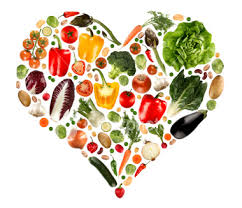 s is the seventh in a series of health articles that are designed to help you gain a deeper appreciation for God’s amazing handiwork of the human body and a better understanding of how it works and how it can be better maintained by simple methods. George McDaniel is my father-in-law, and has been a registered nurse for many years, which, along with much research, has taught him many useful health principles. I pray that you are being blessed by these articles.     Editor)

This month we continue the subject of nutrition; what happens to the food after it has been digested and taken into the body from the small intestine. Before it can be used by the cells of the body for energy, growth, carrying on of normal activities and repairs, it has to be processed even further. The digested food compounds go into the portal vein and are taken first to the liver. The liver is the largest gland of the body and one of the most complex of human organs. It weighs about three pounds and is located in the right upper part of the abdomen. It is the body’s central processing factory and one of its major storehouses of food.

The liver performs many essential functions. It aids in digestion by producing bile and discharging it into the small intestine where it assists in the digestion of fat. It produces bile continuously, even when there is no food in the stomach. Bile is stored in the gallbladder for use when needed. Someone who has had their gallbladder surgically removed will have to eat a low-fat diet the rest of their lives.

The liver stores food obtained from digestion and releases it into the blood when the body needs it. The chief fuel for the body’s cells is glucose, which is sometimes referred to as blood sugar. The liver stores excess glucose in the form of glycogen, which is a starch-like compound. If the blood sugar gets too low, the liver will change some glycogen into glucose and release it into the blood. Glycogen is also stored in muscle tissue. If the store of glycogen gets low, the liver can change fatty acids and amino acids into glucose. In this way the liver ensures a constant supply of glucose for the needs of the body.

The liver also changes other sugars, such as fructose, which is obtained from cane and beet sugar, into glucose, which can then be used by the body for producing energy. The body cannot use any other sugar than glucose.

The liver also stores vitamins; especially A, D, E and K, and the B Complex group. The liver makes various blood proteins such as albumin, globulin and fibrinogen. Albumin is the major protein of the blood plasma. It raises the osmotic pressure of the plasma and helps keep fluid inside the blood vessels. A person in the late stages of starvation has a lower amount of albumin in the blood. Fluid leaks out into the tissues and the person will swell up all over. Globulins are part of the immune system. They help fight infections. Fibrinogen helps to seal off a broken blood vessel by forming a clot.

Another function of the liver is detoxification of poisons. The liver makes poisons less toxic and rids the body of them, either through the bile or the kidneys via the blood stream. This function of the liver was originally designed to deal with metabolic wastes and substances produced by the death and breakdown of body cells. For example, when the liver changes an amino acid into glucose, ammonia can be formed. This is toxic. The liver changes it into urea, which is less toxic and which is then eliminated through the blood to the kidneys. When a cell dies, because of normal wear and tear or because of injury, white blood cells called macrophages clean up the debris and it is taken to the liver for processing; what can be recycled is saved, the rest is eliminated.

The liver also has to deal with unnatural toxins to which it is exposed daily. This includes such things as food additives, (preservatives, coloring agents, flavorings), agricultural poisons (insecticides, fungicides, herbicides), alcohol, and drugs, both illegal and legal. Every doctor’s office has a copy of a large book called The Physician’s Desk Reference, commonly referred to as the “PDR.” This book is provided by the pharmaceutical industry and lists all currently used prescription drugs. These are what doctors prescribe as medicine. Many of these “medicines” have liver toxicity listed as a potential side effect. The liver tries to detoxify these substances and, frequently, is itself poisoned by them. Long term exposure to toxins can result in the death of liver cells and the formation of scar tissue. This is called cirrhosis of the liver. Alcoholism is the most common cause of cirrhosis. Cirrhosis is the sixth leading cause of death in the USA. Because of the liver’s role in the body, it is also frequently involved in infections and cancer.

Another role of the liver is the manufacture of amino acids. There are ten amino acids, needed by the body for making proteins, that cannot be made by the liver. These have to come from the food we eat. These are called “essential amino acids.” As a result of the work of the liver in processing the raw materials obtained from the digestion of food, nutrients are made available to the cells in a form that can be easily assimilated by them for their needs. As long as everything is working well, we have good health. When the process slows down at some point, we begin to suffer.

Another organ that assists the body in using nutrients is the pancreas. It is located just under the liver. We read in the previous article of its role in producing digestive enzymes. It produces two other substances that are essential for carbohydrate usage. Within the pancreas are small groups of cells called Islets of Langerhans. These consist of two types of cells, Alpha and Beta cells. Alpha cells produce glycogen; Beta cells produce insulin. When blood sugar gets low, the Alpha cells produce glycogen, which signals the liver to change glycogen to glucose and release it into the blood. When the blood sugar goes up the Beta cells produce insulin. Insulin has several actions to help lower blood sugar. First, it enables the cells to take glucose in through the cell membrane. Glucose has to be actively transported into the cell, and insulin helps in this process. Second, any excess glucose is changed into fat and stored in specialized fat cells for future use. Insulin is necessary for this also.

So far in this series we have mainly considered the primary nutrients: fats, proteins and carbohydrates. There are also other essential nutrients needed by the body.

Enzymes: These are essential chemicals that are the foundation of all bodily functions. They are catalysts in the chemical reactions that continually occur in the body. Every action of the liver, for instance, is mediated by enzymes. Enzymes are made up mainly of protein. There are at least 20,000 different enzymes at work in the body. Life could not exist without enzymes.

Each enzyme has a specific function in the body that no other enzyme can fill. The shape of an enzyme is so specialized that it will initiate a reaction only in certain substances.

Vitamins:  Vitamins are essential to life. They help regulate the metabolism and assist in the processes that release energy from digested food. It is believed that vitamins act as coenzymes to carry on the activities necessary to life. In other words, the enzyme will not function without the vitamin to assist it and the vitamin is useless without the enzyme.

Some vitamins are water soluble and some are oil soluble. Water soluble vitamins must be taken daily as they cannot be stored and are excreted within a few days. These include Vitamin C and the B Complex. Oil soluble vitamins can be stored for longer periods of time in the body fat and the liver. These include Vitamins A, D, E and K. Both types are needed for proper function of the body.

Minerals: Minerals are naturally occurring elements found in the earth. Rocks are made up of mineral salts. The soil is formed of small mineral particles and decaying organic matter. Plants take up the minerals for their own use and they are then passed on to people when they eat the plants.

Macro minerals are used by the body to form strong bones and teeth and to serve as electrical conductors in and around the cells. Micro minerals become part of the structure of enzymes or function as coenzymes.

Vitamins and minerals should both be taken in balanced amounts. Too much of one can sometimes cause reduced intake of others. For instance, too much zinc can cause a deficiency of copper. The best source of nutrients is food grown in soil which contains all the elements needed for health of plants and people. Supplements should preferably be from whole food sources, and should be balanced, not isolated nutrients. Deficiencies of specific nutrients in an individual need to be dealt with knowledgeably.

In discussing the work of the liver, I have mentioned how it detoxifies harmful substances. There are other organs of the body that assist in the elimination of toxins. This work is also essential to health and will be covered in the next issue.