(This is the ni 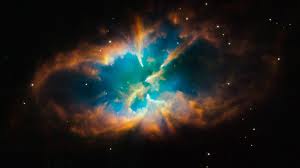 nth in a series of health articles that are designed to help you gain a deeper appreciation for God’s amazing handiwork of the human body and a better understanding of how it works and how it can be better maintained by simple methods. George McDaniel is my father-in-law, and has been a registered nurse for many years, which, along with much research, has taught him many useful health principles. I pray that you are being blessed by these articles.     Editor)

“For bodily exercise profiteth little (for a little time—margin): but godliness is profitable unto all things, having promise of the life that now is and of that which is to come.” (1 Timothy 4:8 KJV)

“For physical training profits only for a little while; but righteousness is profitable in all things, having promise of the life that now is and of that which is to come.” (1 Timothy 4:8—Lamsa translation)

Paul is not saying that physical exercise is not important. However, he is putting it in a proper perspective. The Greek civilization in which the Jewish nation existed at that time was similar in many ways to western culture today. Much importance was placed on beauty of form, and physical training and competitive sports were emphasized. This had the same unfortunate influence on Jewish society then that neo-paganism has on Christianity today.

The world in Paul’s day was also much different from the world we live in now, especially in the highly industrialized, electronic western nations that I am familiar with. In Paul’s day, if one wanted to go somewhere, he walked. Paul probably walked several thousand miles every year. In order to provide for the basic needs of food, shelter and clothing, one worked hard physically. In our modern world this is not true and we suffer physically and spiritually because of it. Paul didn’t have to be concerned about including regular daily exercise into his program. It just happened as a normal part of his life. With most of us it is different. We have to schedule time for exercise in our list of things that need to be done. Many people will say they don’t have time in their busy life to exercise regularly, but everyone finds time to do what seems important to them. We just have to realize that regular exercise is as important as eating and sleeping. Exercising on a regular basis requires discipline. It is hard work and can become boring, but it doesn’t have to be. It just involves breaking old habits and establishing new ones.

Youth is the best time for one to begin a program of regular exercise. It is particularly hard for one who is young and in good health and full of energy to get involved in regular exercise. It doesn’t seem important to a young person. But youth is just the time when one will reap the most benefits of exercise. If one starts life physically fit and remains fit, he can avoid the physical problems that otherwise occur when he gets older.

Exercise is even more important to an older person, especially when the energy level begins to dwindle and one gets out of breath climbing a flight of stairs or even just walking across a room. Exercise now becomes treatment; and to restore the heart and lungs to a high level of performance one must deliberately energize them with activity. No one is too old or too out of shape to benefit from regular exercise. It may not be possible for someone in their 70s or 80s to completely regain their youthful strength and flexibility, but even these can obtain benefits in increased strength.

As an example of what regular, vigorous exercise can do for a person, consider Hulda Crooks. She describes herself in her teen years as being nervous, anemic and perpetually tired. She was also overweight. In her 40s she had a serious bout with pneumonia and, following the advice of her physician husband, she began hiking to help in her recovery.

In 1962, at the age of 66, she first climbed meeting Whitney, which is 14,495 feet in elevation. The trail to the top is about 11 miles long. She continued to climb meeting Whitney almost yearly; 23 times during the ensuing years, the last time was at age 91. In addition to this, she climbed 86 different California mountains, each over 5,000 feet, between 1977 and 1983. When she was 72, she started jogging and running because she said it made climbing much easier. She held eight world records for women over the age of 80, including senior Olympic events in marathon and road races. She died in 1977 at the age of 101.

A good, nutritious, live food diet, faithfully followed, cannot in and of itself create good health. Strangely though, one who eats a diet of meat and processed foods and who exercises vigorously every day, and gets enough rest and sleep to compensate for such activity, can be fairly healthy. I observed this years ago while living in rural west Tennessee. The older generation, who worked hard all their lives on the farm, were living in fairly good health into their 80s and 90s. The traditional diet of the rural south is not conducive to health. It centers on meat, mainly pork, with biscuits and gravy, supplemented with whatever vegetables can be grown in the garden. Two of the most common are turnips and collards. These peoples’ children, eating the same diet but supplementing it with refined and highly processed foods, working in offices and factories and spending their evenings in front of the television, were succumbing to disease in their 40s and 50s. The main difference was the lack of exercise in the younger generation. Exercise was able to compensate to a great degree for the effects of a less than ideal diet.

Here are some benefits of exercise:

The best way to obtain exercise is to combine it with useful work such as on the farm and in the garden.

There are other occupations that require hard physical work, such as construction and mining. People who engage in these types of labor have different recreational requirements than someone whose occupation is sedentary.

There are three main types of exercise which can be used by those wanting optimum health: 1) stretching—aids in flexibility and ease of movement, 2) aerobics—uses oxygen continuously for a period of time, assisting in cardiovascular fitness and endurance, and 3) weight lifting or resistance exercise. A combination of these is good. Someone who works hard physically might want to spend some of his free time with stretching and aerobic exercises. Someone whose work is sedentary would find benefit in all three. A well-balanced physical exercise program results in agility, coordination, good muscle tone, poise and a feeling of health and well-being.

There are people with certain medical conditions who should not begin an exercise program without consulting a medical doctor to supervise their activity. Some of these are obvious:

Anyone starting a program of regular exercise needs to start out slowly and gently. Many people start out sincerely but go too fast and push too hard. Then they get sore muscles and blisters, wear themselves out physically and quit after a week or so. It is much better to start out slow and easy and increase the activity gradually. It won’t be possible to avoid all soreness and tiredness, but one can avoid becoming discouraged to the point of quitting before he gets a good start.

One kind of exercise that is not recommended for a health seeker is competitive sports where the emphasis is on winning. The stress this causes counteracts much of the physical benefit of the activity, not only for the loser, but for the winner as well.

There is another kind of exercise that needs to be considered, and that is exercise of the mental faculties. If one exercises the body and neglects the mind he can’t have optimum health. Likewise, the reverse is also true. We are all familiar with the stereotypes of the person who is “all brawn and no brain”; the one with a “strong back and a weak mind.” There is also the scientific genius who is very weak physically and whose mind is unbalanced. Neither of these extremes will reach their potential physically or mentally.

Development of both mental and physical faculties strengthens the entire system to be able to avoid disease. There are several aspects of the mind that need exercise. Memory, reasoning and problem-solving are three that come to mind. There may be more. One of the best ways to develop the powers of the mind is to study the Word of God. Commit parts of it to memory. With the aid of the Spirit of God, dig deeply into the treasures concealed there. Do more than just skim the surface. As you do this, you will be rewarded with increased vigor of intellect. As you coordinate the development of body and mind, you will receive an increase in electrical activity of all cells of the body. You will then be on your way to possessing superior health.

Next time we will discuss the benefits of water.