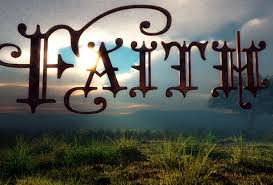 ble in the hope and courage which it contains for the Christian. In Abraham we have an example of righteousness by faith and we have set before us the wonderful inheritance promised to those who have the faith of Abraham. And this promise is not limited. The blessing of Abraham comes on the Gentiles as well as on the Jews; there is none so poor that he may not share it, for “it is of faith, that it might be by grace; to the end the promise might be sure to all the seed.” (Romans 4:16)

The last clause of the seventeenth verse is worthy of special attention. It contains the secret of the possibility of our success in the Christian life. It says that Abraham believed “God, who quickeneth the dead, and calleth those things which be not as though they were.” (Romans 4:17) This marks God’s power; it involves creative power. God can call a thing which is not as though it existed. If a man should do that, what would you call it? A lie. If a man should say that a thing is, when it is not, it would be a lie. But God cannot lie. Therefore when God calls those things that be not, as though they were, it is evident that that makes them be. That is, they spring into existence at His word. We have all heard, as an illustration of confidence, the little girl’s statement that “if ma says so, it’s so if it isn’t so.” That is exactly the case with God. Before that time spoken of as “in the beginning,” there was a dreary waste of absolute nothingness; God spoke, and instantly worlds sprang into being. “By the word of the Lord were the heavens made; and all the host of them by the breath of his mouth.… for he spake, and it was; he commanded, and it stood fast.” (Psalm 33:6-9) This is the power which is brought to view in Rom. 4:17. Now let us read on, that we may see the force of this language in this connection. Still speaking of Abraham, the apostle says:

“Who against hope believed in hope, that he might become the father of many nations, according to that which was spoken, So shall thy seed be. and being not weak in faith, he considered not his own body now dead, when he was about a hundred years old, neither yet the deadness of Sarah’s womb; he staggered not at the promise of God through unbelief; but was strong in faith, giving glory to God; and being fully persuaded that, what he had promised, he was able also to perform. And therefore it was imputed to him for righteousness.” (Romans 4:18-22)

Here we learn that Abraham’s faith in God, as one who could bring things into existence by His word, was exercised with respect to His being able to create righteousness in a person destitute of it. Those who look at the trial of Abraham’s faith as relating simply to the birth of Isaac and ending there, lose all the point and beauty of the sacred record. Isaac was only the one in whom his seed was to be called, and that seed was Christ. (See Galatians 3:16.) When God told Abraham that in his seed all nations of the earth should be blessed, He was preaching the gospel to him (Galatians 3:8); therefore Abraham’s faith in the promise of God was direct faith in Christ as the Saviour of sinners. This was the faith which was counted to him for righteousness.

Now note the strength of that faith. His own body was already virtually dead from age and Sarah was in a like condition. The birth of Isaac from such a pair was nothing less than the bringing of life from the dead. It was a symbol of God’s power to quicken to spiritual life those who are dead in trespasses and sins. Abraham hoped against hope. There was no human possibility of the fulfillment of the promise; everything was against it, but his faith grasped and rested upon the unchanging word of God, and His power to create and to make alive. “And therefore it was imputed unto him for righteousness.” Now for the point of it all:

“Now it was not written for his sake alone, that it was imputed to him; but for us also, to whom it shall be imputed, if we believe on him that raised up Jesus our Lord from the dead; who was delivered for our offenses and was raised again for our justification.” (Romans 4:23-25)

So Abraham’s faith was the same that ours must be, and in the same object. The fact that it is by faith in the death and resurrection of Christ that we have the same righteousness imputed to us that was imputed to Abraham, shows that Abraham’s faith was likewise in the death and resurrection of Christ. All the promises of God to Abraham were for us as well as for him. Indeed, we are told in one place that they were specially for our benefit. “When God made promise to Abraham, because he could swear by no greater, he sware by himself.” “Wherein God, willing more abundantly to show unto the heirs of promise the immutability of his counsel, confirmed it by an oath: that by two immutable things, in which it was impossible for God to lie, we might have a strong consolation, who have fled for refuge to lay hold upon the hope set before us.” (Hebrews 6:13, 17, 18) Our hope, therefore, rests upon God’s promise and oath to Abraham, for that promise to Abraham, confirmed by that oath, contains all the blessings which God can possibly give to man.

But let us make this matter a little more personal before leaving it. Trembling soul, say not that your sins are so many and that you are so weak that there is no hope for you. Christ came to save the lost, and He is able to save to the uttermost those that come to God by Him. You are weak, but He says, “My strength is made perfect in weakness.” (2 Corinthians 12:9) And the inspired record tells us of those who “out of weakness were made strong.” (Hebrews 11:34) That means that God took their very weakness and turned it into strength. In so doing He demonstrates His power. It is His way of working. For “God hath chosen the weak things of the world to confound the things which are mighty, and base things of the world, and things which are despised hath God chosen, yea, and things which are not, to bring to naught things that are; that no flesh should glory in his presence.” (1 Corinthians 1:27-29)

Have the simple faith of Abraham. How did he attain to righteousness? By not considering the deadness and powerlessness of his own body, but by being willing to grant all the glory to God, strong in faith that He could bring all things out of that which was not. You, therefore, in like manner, consider not the weakness of your own body, but the power and grace of our Lord, being assured that the same word which can create a universe and raise the dead can also create in you a clean heart and make you alive unto God. And so you shall be a child of Abraham, even a child of God by faith in Christ Jesus.