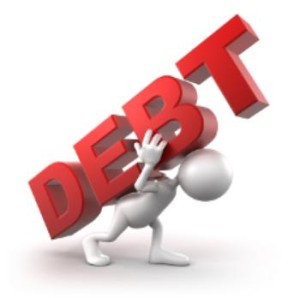 “For I testify again to every man that is circumcised, that he is a debtor to do the whole law.” (Galatians 5:3)

“Debtor to do the whole law.” It is curious that many, in considering this statement, have made it mark a distinction between two laws, and have made it exclude the law of God from the subject under consideration, by allowing to the word “debtor” only the sense of “obligation.”

They know, by the scripture, that it is the whole duty of man to fear God and keep His commandments. (Ecclesiastes 12:13) They know that there cannot be any other scripture to contradict that. They know that every man is under obligation to keep the whole law of God, whether he is circumcised or uncircumcised. And, allowing that this term implies only obligation,—that if he is circumcised, he is under obligation to do the whole law,—they conclude that this must exclude the law of God; they conclude that it must be some law that no person is under any obligation to do unless he be circumcised; and that therefore the “whole law” here under consideration must be only the whole ceremonial law of sacrifices and offerings.

But both of these are wrong: both of them fail to see the thought that is in this verse. And the cause of this failure is in their allowing to the word “debtor” only the sense of “obligation.”

This word “debtor” in Galatians 5:3 is precisely the word that is used in Luke 13:4,—“Those eighteen, upon whom the tower of Siloam fell, and slew them, think ye that they were sinners above all men that dwelt in Jerusalem?”—where the word “sinners” in the text is “debtors” in the margin.

It is the word used in the Lord’s prayer (Matthew 6:12), “Forgive us our debts as we forgive our debtors,” and which, in Luke’s version of the prayer plainly, expresses the thought of sin, in the words: “Forgive us our sins, for we also forgive everyone that is indebted to us.” (Luke 11:4)

It is the same word also that is used by the Saviour in Luke 7:41, 42: “There was a certain creditor which had two debtors: the one owed five hundred pence, and the other fifty. And when they had nothing [with which] to pay, he frankly forgave them both.”

It is the same word also that is used in the parable in Matthew 18:23-35. Indeed, from the verse, Luke 13:4, where the word “sinners” is used in the text and “debtors” in the margin, the reference is direct to this parable in Matthew 18. That is the parable in which it is said that when a certain king “had begun to reckon” with his servants, “one was brought unto him, which owed him ten thousand talents,”—about fourteen million four hundred thousand dollars,—and he had nothing with which to pay. Then the Lord “forgave him the debt.” But when the servant found one of his fellow servants who owed him about fifteen dollars, he would not forgive him the debt, but cast him into prison until he should pay the fifteen dollars. Then the king called up his debtor “and delivered him to the tormentors, till he should pay all that was due unto him. So likewise shall my Heavenly Father do also unto you, if ye from your hearts forgive not every one his brother their trespasses.” (Matthew 18:23-35)

That thought of delivering the debtor to the tormentors until he should pay all that was due to his lord, belongs with the word; for “the use of the word involves the idea that the debtor is one that must expiate his guilt.” And “sin is called ‘opheilema,’ because it involves expiation and the payment of it as a debt, by punishment and satisfaction.”

From these scriptures the attentive reader can begin to see that in the words of Galatians 5:3,—“he is debtor to do the whole law,”—there is far more suggested than that he is merely under obligation to accept the claims of the law upon him, and do his best to meet them. All this shows that he is not only under obligation to recognize the binding claims of the law of God, but that he is actually debtor to render to that law all the claims that it has upon him. And in this it is further shown that, of himself, he must everlastingly be debtor; because he has absolutely nothing wherewith to pay, and of himself has no means of acquiring anything with which to pay.

And this indebtedness lies not only in his obligation to do the law from this time forward; it also lies in obligation to make satisfaction for all that is past,—for all the accumulations of the past, up to the present time.

Accordingly, of himself, every man is everlastingly a debtor in all that is implied in this thought in Galatians 5:3 and the kindred texts that we have here cited; because “all have sinned and come short of the glory of God.” (Romans 3:23) And whosoever would be circumcised in order to be saved, and thus seek to be saved by works of self-righteousness, thereby takes upon himself the obligation to pay to the law of God his whole debt, from the beginning of his life unto the end of it. And in that, he also takes upon himself the obligation to expiate all the guilt attaching to his transgressions and accumulated thereby.

Now it is true that every man in the world is, of himself, that kind of a debtor. It is also true that any man today who seeks justification by his own works, even in the doing of the ten commandments, or of anything else that the Lord has commanded, does thereby assume, and bind himself to pay, all that is involved in the indebtedness. But he cannot pay. There is not with him the first element of any possibility, in himself, to pay any of the debt. He is overwhelmed and lost.

But, thanks be to God, whosoever has the righteousness of God which is by faith of Jesus Christ, whosoever depends only on the Lord Jesus and that which Jesus has done, though he be of himself debtor just like any other man, yet, in Christ, he has wherewith abundantly to pay all the indebtedness. Christ has expiated, by punishment and satisfaction, all the guilt of every soul; and by the righteousness of God which he brings, Christ supplies abundance of righteousness to pay all the demands that the law may ever make in the life of him who believes in Jesus.

Thanks be unto God for His unspeakable gift of the unsearchable riches of Christ. Oh, believe it! Oh, receive it! Poor, overwhelmed, lost “debtor,” “buy of me gold tried in the fire, that thou mayest be rich; and white raiment, that thou mayest be clothed.” (Revelation 3:18 “Yea, come, buy… without money and without price.” (Isaiah 55:1)

(This article was first printed in the August 8, 1900 issue of The Review and Herald . It is also found on pages 127-131 of the book Lessons on Faith by A. T. Jones and E. J. Waggoner. I italicized Bible verses, capitalized some pronouns and added some verse references that were left out in the original.    Editor)