Point:  God and the plural nouns and pronouns 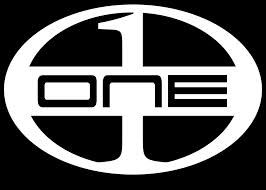 “There are so many instances in Jesus’ preaching, even in the Old Testament, where God uses the plural to speak of Himself [to prove that God is three in one]. (He also uses the singular at times, so it is not a ‘royal’ we.)”

I am glad that you brought up this subject.

Some people suppose that we can find the Trinity doctrine in the first chapter of the Bible. They make this claim because the Hebrew word elohim, that was translated “God,” is plural, and they believe the plural pronouns in Genesis 1:26 help to support the Trinity doctrine as well.

Furthermore, the word elohim is used in the Bible in places where it could not possibly be referring to a plural being. For example, God said to Moses, “See, I have made thee a god [elohim] to Pharaoh: and Aaron thy brother shall be thy prophet.” (Exodus 7:1) Was God saying that He was going to turn Moses into a trinity? Obviously not! God would not have us believe that Moses is a plural being. For other examples read 1 Samuel 5:7; 1 Kings 11:5, 33; 18:27, etc.

Those who promote the idea that Gods said, “Let us make man,” run into a big problem in the next verse, because all of a sudden the pronouns switch to singular, both in Hebrew and in English, while the plural elohim is still used. Why was there a change? The next verse says, “So God [elohim] made man in HIS own image, in the image of God [elohim] created HE him.” If we are expected to believe that Gods are speaking in verse 26, to be consistent we must believe that Gods are being referred to in verse 27, but instead of plural pronouns the Bible changed to singular pronouns as if only one person was referred to.

Now, there’s a very simple explanation for this. The use of plural pronouns after a singular noun does not indicate that the singular noun should really be plural. For example, let’s suppose the president said to the attorney general, “Let us make a law.” This wouldn’t indicate that there are two presidents just because he used a plural pronoun. The plural applies to the two who will be involved in making the law rather than to the president. In like manner, the “us” and “our” in Genesis 1:26 applies to the Two who were involved in the creation of the world rather than to the one who was speaking.

Now, we can know for sure who is speaking in Genesis 1:26, and whom He is speaking to. God, the Father, said to His Son, “let us make man in our image.” Remember, Christ is “the express image” of the Father, so anyone created in the Father’s image is automatically created in His Son’s image.

I am glad you mentioned the use of the plural by Jesus in the New Testament. Jesus used the Greek word, theos, in the singular form, many times in the New Testament. Every time He used this word in the singular form He was referring to one person, and one person only, God, His Father. Also, every time He was referring to God, He used the singular pronouns which were translated, He, Him, His, Thy, Thine, and Thee. Every time Jesus included Himself when He was speaking of God, He used the plural pronouns, we, us, and our. Here are some examples: John 14:23; 17:11, 21; etc.

So, to the best of my knowledge, God never referred to Himself using plural pronouns, or nouns with a literal plural meaning.

I hope this helps to clarify this issue.