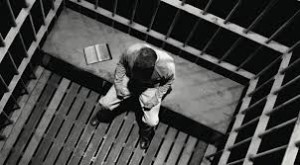 uestion:  How can I honor the Sabbath in prison?

“Now that I’m aware of the true and correct Sabbath, what would be the best way for me to honor it in this environment of incarceration. I don’t want to miss out on the church worshipping service that’s held on Sunday, but I want to be, in every way, correct in God’s order.
“Needless to say, the Holy Spirit has confirmed all the reading material you have sent me, but what do I do, here in prison?”

Praise the Lord that He has led you to understand the truth regarding the Sabbath. I am sure there are many struggles ahead for you. Remember that Jesus said, “Ye shall be hated of all men for my name’s sake: but he that endureth to the end shall be saved.” (Matthew 10:22) I pray that you will endure unto the end.

You really asked two questions. First you asked, “How can I honor the Sabbath in prison?” There are definitely circumstances in prison that can make it more difficult to honor the Sabbath than if you were on the outside, yet God has promised, “There hath no temptation taken you but such as is common to man: but God is faithful, who will not suffer you to be tempted above that ye are able; but will with the temptation also make a way to escape, that ye may be able to bear it.” (1 Corinthians 10:13)

The commandment prohibits us from doing any work on the Sabbath including buying and selling. I have read many stories of people who were in prisons and their captors tried to force them to work upon the Sabbath. Yet, they refused to work on God’s holy day and were persecuted for it. They were faithful to God, however, and after some trials, they were left alone to worship their God on Sabbath in peace.

God requires strict obedience to His laws regardless of circumstances. Some people are fair-weather Christians, choosing to serve God when it suits them, but as soon as troubles arise they get offended and forsake God. Jesus described these people when He spoke of the sower sowing the seed in stony ground. He said, “These are they likewise which are sown on stony ground; who, when they have heard the word, immediately receive it with gladness; And have no root in themselves, and so endure but for a time: afterward, when affliction or persecution ariseth for the word’s sake, immediately they are offended.” (Mark 4:16, 17) Let us take heed that persecution does not turn us away from God.

In prison you must refuse to work upon the Sabbath and cease from any secular activities that you may engage in on other days of the week. God said that on the Sabbath we must “honour him, not doing [our] own ways, nor finding [our] own pleasure, nor speaking [our] own words.” (Isaiah 58:13) God desires us to cease from worldly cares and concerns on the Sabbath and completely devote that time to fellowship with Him by prayer and the study of His Word. This can be done by yourself, or you can share this time with others who are seeking the same communion with God. You can do this no matter where you are.

The second question you asked was regarding attending worship services on Sunday. That is a decision between you and God. In your decision-making consider the following points:

The fourth commandment prohibits work upon the Sabbath day and commands that all work must be done on “the six working days.” This does not mean that all religious services must be avoided on Sunday, just as there is no prohibition against religious services on any other day of the week. Yet, in your religious gathering on Sunday, let nobody suppose that you regard Sunday to be honored above any other day, or that work should be ceased on that day.

From my studies in the Bible and history I have found that Sunday observance will again be used by the governments of this world to persecute God’s people. [For a thorough study on this subject, please contact us and request the booklet entitled “A Time to Choose.”]

“Let all the judges and town people, and the occupation of all trades, rest on the venerable day of the sun: but let those who are situated in the country, freely and at full liberty, attend to the business of agriculture; because it often happens that no other day is so fit for sowing corn and planting vines; lest the critical moment being let slip, men should lose the commodities granted by Heaven.” (Encyclopedia Britannica, article Sunday)

Notice what one historian has to say about this:

“Centuries of the Christian era passed away before the Sunday was observed by the Christian church as a Sabbath. History does not furnish us with a single proof or indication that it was at any time so observed previous to the Sabbatical edict of Constantine in A.D. 321.” (Sir Wm. Domville, Examination of the Six Texts, page 291 as quoted in History of the Sabbath and First Day of the Week, page 344, by John N. Andrews, Steam Press 1873)

Today, there is a large movement pushing for more Sunday laws. Even today, in the United States, we have many Sunday laws on the books—called blue laws. Have you ever wondered why many businesses are closed or have shorter hours of operation on Sunday? In many cases it is not because of choice, but because laws restrict their businesses on Sunday. In most states it is illegal to buy or sell alcohol until noon on Sunday. In the state of Indiana it is illegal to buy or sell a car on Sunday. There are many other such Sunday laws in effect all over the country. All of these Sunday laws are religious laws and are in direct violation of the First Amendment to our Constitution which says, “Congress shall make no law respecting an establishment of religion, or prohibiting the free exercise thereof.”

According to the Bible, Sunday is one of the “six working days.” (Ezekiel 46:1) God said, “Six days shalt thou labour, and do all thy work.” (Exodus 20:9) Honoring one day of the week above another is strictly religious in nature, directly relating to our worship of God. There can be no other reason for honoring a day of the week than that of worship. Seeing that Sunday observance can only relate to worship, the government has no right to regulate what I may or may not do on Sunday, if it is lawful any other day of the week. Yet, this is precisely what the government sought to do in the time of Constantine, and it was used to persecute God’s people, and it is what the so-called “Christian Coalition” is seeking to do again.

I speak on behalf of many of my brethren when I say, we are completely opposed to any Sunday law because it is, and can be, only religious in nature, and only relates to worship, which the government has no right to enact. We would be just as opposed to a Sabbath law enacted by a worldly government as we are opposed to a Sunday law.

The government of Babylon asked their subjects to render to the government that which must be rendered only to God—worship. We read the story in the third chapter of Daniel.

“To you it is commanded, O people, nations, and languages, That at what time ye hear the sound of the cornet, flute, harp, sackbut, psaltery, dulcimer, and all kinds of musick, ye fall down and worship the golden image that Nebuchadnezzar the king hath set up: And whoso falleth not down and worshippeth shall the same hour be cast into the midst of a burning fiery furnace.” (Daniel 3:4-6)

This command by the government forced people to worship or face death. In such circumstances God requires His people to continue serving Him as if the law did not exist. This is exactly what the three young Hebrews did when they were faced with this command to worship. The king was furious when he learned of their decision to disobey his command.

“Nebuchadnezzar spake and said unto them, Is it true, O Shadrach, Meshach, and Abednego, do not ye serve my gods, nor worship the golden image which I have set up? Now if ye be ready that at what time ye hear the sound of the cornet, flute, harp, sackbut, psaltery, and dulcimer, and all kinds of musick, ye fall down and worship the image which I have made; well: but if ye worship not, ye shall be cast the same hour into the midst of a burning fiery furnace; and who is that God that shall deliver you out of my hands? Shadrach, Meshach, and Abednego, answered and said to the king, O Nebuchad- nezzar, we are not careful to answer thee in this matter. If it be so, our God whom we serve is able to deliver us from the burning fiery furnace, and he will deliver us out of thine hand, O king.  But if not, be it known unto thee, O king, that we will not serve thy gods, nor worship the golden image which thou hast set up.” (Daniel 3:14-17)

God rewarded the faithfulness of these three Hebrews by performing a miracle to protect them in the fiery furnace, thus endorsing their decision and showing that God has no consideration for a man-made law requiring worship. We also must be faithful in the face of a similar crisis if we expect to be found worthy to enter the kingdom of God. God has warned us that, again, a crisis will come upon this earth and, again, it will revolve around worship.

The mark of the beast crisis will revolve around worship and the government legislation of worship. It is certain that the governments of this world will pass a universal law regarding worship. They will follow the example of Constantine and enforce religious observance of Sunday.