Question: How could Christ’s soul be in the grave? 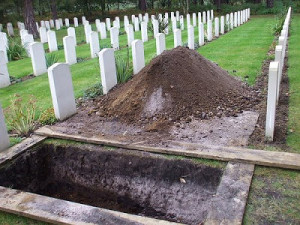 “I was reading the book, God’s Love on Trial, and it states, ‘The soul of Christ rested with His body in the tomb.’ Acts 2:31 states that Christ’s soul was not left in hell (the grave). Now my understanding of a soul is that the only way it can exist is by the spirit (breath) of God and the body combined to make a living soul. The spirit goes back to where it came from, God, and the body goes to the dust. I know Acts 2:31 does say that Christ’s body did not see corruption.

“How do you get a dead soul when it takes a combination of two things to make a living soul? A dead person does not possess this combination.

“If Christ’s spirit was in the tomb with Jesus, we have to take for granted they were separated from each other until the Father resurrected Jesus or we would have had a living soul in the grave instead of a dead person. And we know by Scripture that Christ’s soul died. Isaiah 53:10-12: ‘He hath poured out his soul unto death.’”

This is a very good question. You are right that Christ’s soul died as it is written in Isaiah 53. Part of the problem with understanding what happens to a soul at death stems from the difficulty of defining the words spirit and soul. They are a little hard to define because they have various meanings, and at times are used interchangeably. For example: “His soul was grieved for the misery of Israel.” (Judges 10:16) Compare with Daniel 7:15: “I Daniel was grieved in my spirit in the midst of my body.” Both a soul and a spirit are the part of a person that can be grieved. Gesenius calls both, “the vital principle… The seat of the senses, affections, and emotions.” (Gesenius’ Hebrew Lexicon) The Hebrew word nephesh (soul) was translated “mind” (15 times). The Hebrew word ruach (spirit) was also translated “mind” (5 times). Some people have the idea that the spirit of man is simply the vital power of God that sustains life. This definition can apply to “spirit” sometimes (i.e. Job 27:3), but certainly not all the time.

Jesus said, “And fear not them which kill the body, but are not able to kill the soul: but rather fear him which is able to destroy both soul and body in hell.” (Matthew 10:28) Here Jesus said that when a person dies his soul is not killed. This does not happen until the time when God will destroy both the soul and body in hell. (This is called the “second death”—see Revelation 20:14.) The word “soul” in the above text signifies a part of man that is not destroyed at the first death, even though it remains in an unconscious condition. “The dead know not any thing.” (Ecclesiastes 9:5)

The Bible uses the word soul in a similar way in the verses mentioned above. While the body is living the soul can learn, and function, but when the body dies the soul can no longer function. At the resurrection, God can create a new body, and put the same soul or spirit in it, and the same person will come forth. At the second death, when God will destroy both the soul and body of the wicked, that is like destroying the tape, with no chance of recovering it. “They shall be as though they had not been.” (Obadiah 1:16)

The Bible says, when a person dies, “Then shall the dust [body] return to the earth as it was: and the spirit shall return unto God who gave it.” (Ecclesiastes 12:7) Some people read this and suppose that only the life force—the power of God that keeps a person alive—returns to God at death, and nothing more. However, the same author tells us: “All go unto one place; all are of the dust, and all turn to dust again. Who knoweth the spirit of man that goeth upward, and the spirit of the beast that goeth downward to the earth?” (Ecclesiastes 3:20, 21) The same life force that sustains a man’s life also sustains a beast’s life. If this is all that goes back to God, then the spirit of the beast would go upward to God as well. But the Bible says the spirit of the beast goes down to the earth, while the spirit of man goes upward to God. There is obviously something more that goes back to God than just the force that keeps him alive. It is like the cassette tape mentioned earlier. The complete record of a man’s existence, his person, his identity, goes back to God in an unconscious condition, awaiting the resurrection when it will be reunited with a body to live, breath and function again. The very same person that dies will come back in the resurrection even though his body will be changed.

When Stephen died, he said, “Lord Jesus, receive my spirit.” (Acts 7:59) He was not asking the Lord to receive the power that sustained his life, but his very person, his identity. When Jesus died upon the cross, He cried out, “Father, into thy hands I commend my spirit.” (Luke 23:46) Jesus was not commending His life force into His Father’s hands, but His very identity, His existence.

I do not know how God retains the soul or spirit of a person after death, other than the fact that it is unconscious. I do not envision God literally collecting tangible souls, marking them, and storing them in a storehouse. This may be figurative language to signify the reality that God will bring the same person back to life at the resurrection. When the Bible says where the soul or spirit goes at death it signifies whether it will be resurrected or not. The spirit of a beast goes down to earth, signifying that it will not come back to life. The spirit of a man goes upward to God, signifying that each man will live again, and God will retain the record of that man so he can come forth at the resurrection.

The Bible is clear that when a soul is destroyed the entire being is destroyed. (Matthew 10:28; Ezekiel 18:20; Obadiah 1:16) Yet, that does not take place until the second death, after the 1,000 years of Revelation 20. According to Jesus, the soul is not killed until that time. (Matthew 10:28) Between the time of death and the resurrection, the body is dead, but the soul is kept in an unconscious state until the resurrection. I do not know how God does this, because we are not told. Somehow God retains it, and when it says that Christ’s soul was not left in the grave, I believe that it indicates what type of death he suffered. His soul was in the grave with His body, not united in life, but resting in death, a death so complete that only His Father could raise Him from the dead. (Hebrews 5:7)

The Bible says, “The wages of sin is death.” (Romans 6:23) The wages of sin is not the first death, but the second. That is what Christ came to save us from. His soul died, something that does not occur for man until the second death. Remember, Christ came to “taste death for every man.” (Hebrews 2:9) If Christ had only tasted the first death for us, He could only save us from the first death. But he came to save us from the second death, and must have tasted that for us. When Christ “poured out his soul unto death,” He was yielding up His eternal life. He made this conscious decision when He cried out, “Father, into thy hands I commend my spirit.” (Luke 23:46)