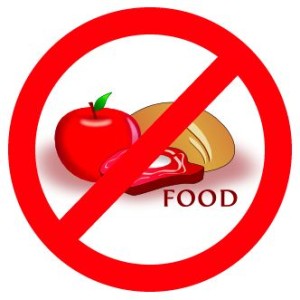 In last month’s article, we discussed ways to decrease the body’s insulin resistance. Another way this can be done is by fasting. Going for one or two days without eating any food at all will quickly restore insulin sensitivity. This can be done regularly once or twice a month as part of the program to improve your health, along with regular exercise and appropriate dietary changes. Fasting has many benefits, including detoxification. Most people can fast for one or two days without any problems. Anyone fasting for more than three days needs to be under the supervision of someone experienced in it. There are many books available on the subject for anyone who is interested in learning more.

The spice, cinnamon, has been shown to increase insulin sensitivity. The compound most active in this regard is called methylhydroxy chalcone polymer (MHCP). It was found in one test to increase glucose metabolism twenty fold in fat cells in a test tube. Before you begin taking large amounts of cinnamon, you need to be aware that cinnamon can be toxic in large amounts, more than one teaspoon per day. The toxic compounds are found in the oil of cinnamon. MHCP is water soluble. If you want to take cinnamon in large amounts, first put it in water to dissolve the water soluble compounds. It can then be poured through a coffee filter or other similar filter. This will separate the oil from the water soluble substances. MHCP has also been found to be a good anti-oxidant.

Several years ago, I read that the trace mineral, vanadium, will increase glucose metabolism in cells. The form used was vanadyl sulfate. I don’t remember the recommended dosage. Cinnamon extract is available for sale at certain health product stores.

There is another harmful effect of glucose, and that is glycation. Most people are aware of the damage oxygen causes through the process of oxidation. Oxygen is essential to life, but it can also kill us. The same is true of glucose. Glycation is the same as oxidation, but is caused by glucose. When glucose combines with something else it is called glycation. Glucose has an affinity for proteins. It combines readily with proteins. Oxygen, on the other hand, has a affinity for fats. Fats are readily oxidized. Proteins are readily glycated. There are anti-oxidants that can protect fats from oxidation. The only thing that can reduce glycation is to take in less glucose in the diet.

The end result of glycation is called advanced glycation end products. This is abbreviated as AGEs. It is one of the causes of the damage that produces aging in the body. If the protein affected can be re-manufactured, the process is not so harmful. One example of this would be hemoglobin. Hemoglobin is found in red blood cells. Everyone has a small amount of glycosolated hemoglobin in their bodies. Red blood cells are replaced about every three months. This is a case where glycation has no harmful effect. In fact, doctors use a lab test that measures this to determine how well a diabetic’s blood sugar has been controlled.

The problem with glycation occurs when a protein is damaged that can’t be replaced readily, such as nerve tissue or collagen. This includes the collagen that makes up the matrix of the arteries. AGEs are destroyed by white blood cells called macrophages. Macrophages have receptors for AGEs When a macrophage combines with an AGE product, it sets up an inflammatory reaction. Inflammation is the basis for many diseases, including cardiovascular disease and arthritis.

Inflammation is part of the body’s natural response to injury. It is a part of the healing process, but in the process, surrounding tissues can be damaged. One of the substances the body produces as part of its defense mechanism to inflammation is C-reactive protein (CRP). A rise in CRP levels indicates inflammation. Researchers have found that CRP is a better predictor of heart disease then LDL cholesterol.

There is another source of AGEs: that is protein containing food that is cooked at high temperatures. Overcooked food becomes dry, wrinkled, hard, blistered, and discolored. The same process occurs in the body, whether it happens by having elevated glucose levels or by consuming food containing glycated proteins which occur as a result of improper preparations of the food.

Eating a food that has been fried to a crisp may taste good, but that food contains abnormal proteins and these proteins can be transferred to body structure. If these abnormal structures can’t regenerate, premature aging and disease occur. If you want to retain youth and health avoid frying and microwaving and cook foods at lower heat. Stay away from refined prepackaged foods with preservatives. These often contain AGEs even before you cook them. Instead, choose choice fresh fruits and vegetables and eat them raw or slow-cooked.