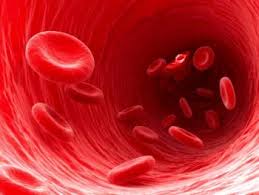 (Insulin resistance is caused by exposing the cells of the body to high levels of insulin. When this happens they become unable to respond normally to insulin. This is a recent development due to the modern diet of large amounts of refined carbohydrates. It is an important health issue because insulin has many functions in the body. As the cells become resistant, the pancreas puts out more insulin to compensate, and the cells respond by becoming more resistant. Eventually disease symptoms occur. If possible, read the previous article, in the September 2004 issue of Present Truth, for the introduction to this topic.)

So far we have seen that insulin helps transport glucose into the cell for use as fuel for energy. It also takes excess glucose and turns it into a readily available storage form called glycogen and stores it in the muscle tissue and in the liver. Only a small amount can be stored as glycogen. The rest of the excess is turned into fat and stored in the fat cells.

Most animals are able to make vitamin C in their livers. It is a process that requires several steps, each step requiring a specific enzyme to accomplish it. Only humans and a couple of other species are not able to do this. One of the others is the guinea pig. Vitamin C is made from glucose. Humans lack one enzyme needed for this process. Since vitamin C and glucose have a similar chemical structure, they compete with one another to enter the cells. If glucose levels are high, there will be less vitamin C allowed into the cell. Also, many people have very low vitamin C levels. The same thing that mediates the entry of glucose into the cell is what also mediates the entry of vitamin C. That is, of course, insulin.

A function of insulin that was mentioned earlier is the storage of excess nutrients, not just glucose. Minerals, such as magnesium and calcium require the assistance of insulin to be taken in. Magnesium is known as a natural calcium channel blocker. Excess calcium causes muscle cells to contract. Magnesium counteracts this action of calcium. There needs to be a balance. Many people take calcium supplements to help prevent osteoporosis. Very few are aware that they should also take extra magnesium to balance the calcium. Magnesium in the muscle cell helps the muscle relax. Without adequate magnesium, blood vessels constrict, which raises blood pressure.

Insulin also causes the retention of sodium, which results in fluid retention, which also contributes to high blood pressure. High levels of insulin also strongly stimulate the sympathetic nervous system, which will raise the blood pressure.

Another effect of high insulin levels on the cardiovascular system was mentioned earlier when it was stated that arterial endothelium, the cells lining the inside of the arteries, does not become insulin resistant. One of the actions of insulin is that it causes cells to divide. A doctor in the early 70s was doing insulin experiments with dogs. He accidently inserted an intravenous catheter into the femoral artery of a dog, instead of putting it into the vein. After about three months of dripping insulin into that artery, he found that it was almost totally occluded with plaque. The artery in the other leg was clear. High levels of insulin in the blood can cause occlusion of arteries. With high insulin levels, due to insulin resistance affecting the heart in so many ways, it is no wonder that heart disease is the main cause of death in this country.

Insulin helps control the activity of other hormones. For instance, growth hormone (GH). The pituitary gland produces GH. It goes to the liver, which then produces IGFs. This stands for insulin-like growth factor. These are the major growth factors of the body. Their molecular structure is almost identical to insulin. Insulin can cross-react with IGF receptors on the cells to promote cellular proliferation. Body builders use insulin to help develop their muscles. Some actually inject insulin, but most simulate the body’s own insulin with supplements.

Insulin helps control the production of cholesterol. Cholesterol is the substance the body uses to produce the sex hormones estrogen, progesterone and testosterone. There is an intermediate hormone called DHEA, which the body can change into estrogen or testosterone. Studies have shown that high levels of insulin resistance cause low levels of DHEA. It is likely that the age-related decline in DHEA is due to increasing insulin resistance.

Diseases result from a lack of communication among the body’s cells. Most of us are familiar with athletes’ use of what are called anabolic steroids. This term means hormones that build body tissue. The most common is androstenedione, called andro for short. Andro is changed in the body to testosterone. The testosterone is what causes the development of muscle. Most people are also aware that misuse of such substances as androstenedione can have dangerous effects on the health of the user.

Hormones are inter-cellular messengers. There are many hormones that result in building up the body. We have mentioned some of these—growth hormone, IGF, the sex hormones testosterone, progesterone, and estrogen are major ones. There has to be a balance among them, and the receptors for these substances have to be in good working order. There are also hormones that tear down the body, such as cortisol and adrenaline. These are referred to as catabolic hormones. They are also necessary to the proper function of the body. They are produced mainly while we are awake. Anabolic hormones are produced predominately while we are asleep.

Catabolic hormones are also called stress hormones. They are produced to help us deal with stresses. If we are constantly under stress, they are over-produced and we become ill. Insulin resistance is itself stressful and interferes with intercellular communication.

Even a condition such as osteoporosis is related to insulin control. Calcium does not have a homing device that tells it to go to a bone. Bone growth and maintenance are controlled by anabolic hormones, just as is every other aspect of body growth and maintenance. If the cells are insulin resistant, some of the calcium that is taken in may go to the bone, but a lot of it will go to where it is not needed, such as joints, soft tissues, and artery linings.

From all this, we can see how insulin resistance is one of the main causes of disease, since it interferes with the body’s ability to respond to hormonal signals in addition to some of the more direct actions on body systems.

Solutions to this problem will be discussed in upcoming articles in this series.