“In Jesus Christ neither circumcision availeth anything, nor uncircumcision; but faith which worketh by love.” (Galatians 5:6) With those who 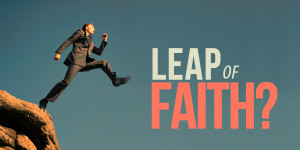 were in mind when this scripture was originally written, circumcision was everything; and it was everything simply because of what it represented.

And what circumcision represented to those people was works and works only. It was the greatest of all works—greater than creation itself—because, as the rabbis put it, “So great is circumcision, that but for it the Holy One, blessed be He, would not have created the world.” “It is as great as all the other commandments,” “equivalent to all the commandments of the law.”—Farrar’s “Life of Paul,” chapter 22, para. 5, note; chapter 35, para 4, note.

Then to all the others who, in view of this, might be inclined to boast in their lack of works and thus excuse sin, the word is given with equal force: “And uncircumcision is nothing.” (1 Corinthians 7:19) “In Jesus Christ neither… uncircumcision… availeth anything,” which, in its connection, was simply to say that the absence of works is nothing and in Christ Jesus the absence of works avails nothing.

So then works are nothing and the absence of works is nothing. In Christ Jesus neither works nor the lack of works avails anything.

This word of the Lord, therefore, utterly and forever excludes both classes from all merit and from all ground of merit in themselves or in anything they ever did or did not do.

And this is all as true today as ever. Today, whether persons are out of Christ or in Christ, neither works nor no works avail anything.

What then? Is everybody left in utter emptiness? No, no! Thank the Lord there is something which avails for all and avails forever. Though it be the everlasting truth that “in Jesus Christ neither circumcision availeth anything nor uncircumcision, neither works nor no works avail anything; yet it is also the eternal truth that “in Jesus Christ… FAITH WHICH WORKETH” does avail. (Galatians 5:6)

Notice that it is not faith and works that avail; it is “faith WHICH worketh.” It is faith which itself is able to work and does work—it is this and this alone that avails for anybody anywhere at any time.

Faith is only of God and working; it works only the works of God. Thus he who, in Christ Jesus, has the “faith which worketh,” has that which avails to show God manifest in the flesh, working the works of God. And thus “this is the work of God, that ye believe on him whom he hath sent.” (John 6:29)

And so, while you are in Christ, if there is any good in you, it is wholly attributable to the mercy of the compassionate Saviour. Your connection with the church, the manner in which your brethren regard you, will be of no avail unless you believe in Christ. It is not enough to believe about Him; you must believe in Him. You must rely wholly upon His saving grace.

(This is an edited version of an article that was first printed in the March 28, 1899 issue of The Review and Herald. It is also found on pages 41-43 of the book Lessons on Faith by A. T. Jones and E. J. Waggoner.    Editor)