The knowledge of what the Scripture means when 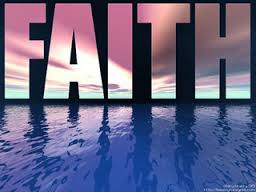 urging upon us the necessity of cultivating faith is more essential than any other knowledge that can be acquired.

There is not much said in the Scriptures about any necessity of our having faith, while very, very much is said about our cultivating faith.

The reason of this is that to all people there is given faith to begin with, and all they need to do is to cultivate faith. Nobody can have more faith than is already given him without cultivating the faith that is already given. And there is nothing known to man that will grow so fast as faith, when it is cultivated—“faith groweth exceedingly.”

Faith is “the gift of God” (Ephesians 2:8), and that it is given to everybody is plainly stated in the Scriptures. “God hath dealt to every man the measure of faith.” (Romans 12:3) This measure of faith which “God hath dealt to every man” is the capital with which God endows and starts “every man that cometh into the world,” and every man is expected to trade upon this capital—cultivate it—to the salvation of his soul.

There is no danger of ever lessening this capital when it is used; as certainly as it is used at all, it will increase. It will grow exceedingly. And as certainly as it grows, the righteousness, the peace, the joy, of the Lord, are assured to the full salvation of the soul.

Again, faith comes by the word of God. Therefore, it is written, “The word is nigh thee, even in thy mouth, and in thy heart: that is, the word of faith, which we preach.” (Romans 10:8) Thus faith, the very word of faith, is in the mouth and in the heart of every man.

How is this? Thus: When the first pair sinned in the garden, they wholly believed Satan. They gave themselves wholly to Satan. They were taken completely captive by him. Then there was perfect agreement and peace between them and Satan. But God did not leave it so. He broke up this agreement; He spoiled this peace. And He did it by His word, saying to Satan, “I will put enmity between thee and the woman and between thy seed and her seed.” (Genesis 3:15)

It is God alone that can continually put enmity between the seed of the woman and the serpent’s seed. After the transgression of man, his nature became evil. Then was peace between Satan and fallen man. Had there been no interference on the part of God, men would have formed an alliance against heaven, and in the place of warfare among themselves, carried on nothing but warfare against God. There is no native enmity between fallen angels and fallen men. Both are evil and that through apostasy, and evil, wherever it exists, will always league against good. Fallen angels and fallen men join in companionship. The wise general of fallen angels calculated that if he could induce men, as he had angels, to join in rebellion, they would stand as his agents of communication with men to league in rebellion against heaven. Just as soon as one separates from God, he has no power of enmity against Satan. The enmity on earth between man and Satan is supernaturally put there. Unless the converting power of God is brought daily to bear upon the human heart, there will be no inclination to be religiously inclined, but men will choose to be the captives of Satan rather than to be free men in Jesus Christ. I say God will put enmity. Man cannot put it. When the will is brought into subject to the will of God, it must be through man’s inclining his heart and will to be on the Lord’s side.

This enmity against Satan, this hatred of evil, which God puts in every person by His word, causes each soul to long for deliverance, and the deliverance is found alone in Jesus Christ. (Romans 7:14-25)

Thus this word of God, which plants in each soul enmity against Satan, this hatred of evil that calls for deliverance which is found alone in Jesus Christ, this is the gift of faith to men. This is “the measure of faith” (Romans 12:3) which God has dealt to every man. This is the “word of faith,” (Romans 10:8) which is in the mouth and in the heart of every person in the world.

This “is the word of faith, which we preach: That if thou shalt confess with thy mouth the Lord Jesus and shalt believe in thine heart that God hath raised him from the dead, thou shalt be saved. For with the heart man believeth unto righteousness; and with the mouth confession is made unto salvation.” (Romans 10:8-10)

Therefore say not in thine heart, Who shall ascend into heaven, to bring faith to us? Neither say, Who shall descend into the deep, or, Who shall go far off to find faith and bring it to us? For “the word is nigh thee, even in thy mouth, and in thy heart; that is, the word of faith, which we preach.” (Deuteronomy 30:11-14; Romans 10:6-8)

Say that—and exercise the faith which God has given to you, as to every other person in the world, for understanding how to exercise faith, this is the science of the gospel.

(This article was first printed in the January 10, 1899 issue of The Review and Herald. It is also found on pages 21-23 of the book Lessons on Faith by A. T. Jones and E. J. Waggoner. I added some verse references that were left out in the original and made some editorial changes.    Editor)