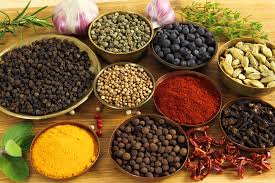 This article will briefly cover some basic aspects of three medical theories that are prevalent today: homeopathy, chiropractic and allopathy.

Homeopathy was originated by Samuel Christian Hahnemann. His original paper, published in 1796, states that the basic tenet of homeopathy is “like cures like.” If a person is vomiting, for example, homeopathy would recommend a substance that causes vomiting. Hahnemann came to this conclusion by observing that Peruvian bark, a crude form of quinine, when given to a normal person, produces a fever similar to that caused by malaria. When Peruvian bark was given to a person with malarial fever, the person would improve. He concluded that this method would work in all diseases. Unfortunately, in that day, neither the cause of malaria nor the action of quinine was understood.

This kind of erroneous reasoning, based on inadequate information and mystical mindset, led Dr. Hahnemann to believe that disease was not caused by physical agents, but by spirits (miasms). In his own words: “The natural disease is never to be considered as a noxious material situated somewhere within the interior or exterior of man, but as one produced by an inimical spirit-like agency which, as a kind of infection, disturbs in its instinctive existence the spirit-like principle of life within the organism, torturing it as an evil spirit, and compelling it to produce certain ailments and disorders in the regular course of its life.” (From Organon of Medicine p. 215, quoted in Mystic Medicine by Warren Peters, MD)

This type of mystical thinking was common at that time. A good example is Franz Anton Mesmer, a German who studied medicine in Vienna. His graduating thesis in 1766 was “The Influence of the Planets in the Cure of Diseases.” It promulgated the theory that the sun and moon act on living beings by means of the subtle fluid known as animal magnetism, similar in effect to the properties of the lodestone (a natural magnet). Mesmer claimed he could magnetize trees so that every leaf would contribute healing to all who approached. Mesmer’s theories greatly influenced many in his day. The idea of animal magnetism was developed and refined by the mid 19th century into what we call hypnotism. Hahnemann’s mystical views of the body’s mechanics and health were in support of Mesmer’s ideas of animal magnetism.

Homeopathy’s most astonishing feature is that the effectiveness of a potion is inversely proportional to the quantity of the active ingredient. This is explained by Dr. Hahnemann with another mystical principle called “succussion.” In this procedure, an agent is mixed in such a way that causes energy to be transferred to the solution. As the solution becomes more and more dilute, the potency is increased. The further removed the material becomes, the greater the power of the pattern.

The following quotation contains the views of some homeopathists that show where they believe the healing power of homeopathic remedies comes from:

“The concept of the ‘life force’ is predominant in both holistic health and homeopathy. Margutti relates homeopathy to Burr’s L-fields (for life). Dr. Gray refers to generalized life force that does the healing and states it has many names—chi, prana, spirit, etc. He gives the force almost a god-like power, providing, of course, it is stimulated by homeopathy.… Also of concern is the emphasis in homeopathy upon matching treatment to personalities, not disease, and here we come into a more clearly discernible possibility for occultism. Michaud states: ‘In homeopathy, we try to do that, which is why we have to put more stress on individual differences, and that leads to an interest in such things as astrology and acupuncture.’” (From John Weldon and Clifford Wilson, Occult Shock and Psychic Force pp. 234-235. Quoted in Mystic Medicine by Warren Peters, MD)

The best that can be said for homeopathy is that its remedies are nontoxic or with low toxic potential. The body will usually heal itself if given the chance. As we have seen, homeopathy is rooted in the occult. I could not recommend it for Christians.

Chiropractic – Another practitioner that was deeply influenced by Anton Mesmer and animal magnetism was D. D. Palmer, the founder of chiropractic therapy. He was a magnetic healer in his own right, and was associated with Phineas Quimby who developed the “New Thought Movement” of the mid 19th century. It was this mystical association that led Palmer to develop the thought that “life force” is communicated through the nerves of the spinal cord, which exits from the vertebral column. A misalignment of the spine would, therefore, block the flow of vital force according to this theory. It is true that nerves with electric potential do indeed exit from the spine, but not a “life force” or “spirit.”

B. J. Palmer, the son of D. D., did the most to develop his father’s observations into a system of health care. He was able to articulate the function of the “innate,” a mystical spirit guide. In his words, “While trying to find my way out of these dilemmas, I took a new look at the basic chiropractic concept of ‘innate.’ This philosophy insisted that the primal source of energy or vital force (innate) is directed through the nervous system,… innate was that power which kept the complicated autonomic nervous system functioning. Innate was Infinite Life expressing itself through an individual for a specific period in time and space.”

We should be careful not to label all chiropractic therapy as occult. To many chiropractors, the practice begins and ends with manipulation and body mechanics. There seems to be two schools of thought in chiropractic today. However, since there is the potential of occultic training and therapy, it would be wise to know the philosophy of your practitioner.

Allopathy is the name given to western medicine today. It means treating symptoms with a medicine that has the opposite effect.

Up through the first half of the 19th century, physicians routinely used such things as arsenic, mercury, strychnine, and opium for medicines, and treatments such as bleeding and purging. The benefits of sanitation were largely unknown. A doctor named Ignaz Semmelweis was ridiculed and hounded out of the profession for recommending that doctors wash their hands with an antiseptic solution before attending to childbirth. Other doctors were offended by the idea that a gentleman could carry death on his hands. At this time, doctors routinely wiped their hands on their coats, wearing the blood as a badge of honor; a witness to their labors.

A change came in the late 19th century when certain German physicians turned away from mystical medicine and developed the rational school of medical thinking. The basis of western medicine became science. Medical studies included anatomy, physiology, pathology and chemistry. Strict standards were established. Not just anyone could become a physician. If someone wanted to become a doctor of medicine, he had to go to an accredited school and pass licensing exams. Upholding stricter standards for medical practices is a good thing. However, western medicine became very mechanistic and almost totally free from anything involving spirit. The attitude was, Let the clergy deal with spiritual issues, we will treat physical matters.

This is a radical departure from most cultures where the medicine man was also the spiritual leader. The shaman was the one who interceded for the people with the spirits. There is still a split between religion and medicine.

Orthodox medicine in America, headed by the AMA and joined by the FDA, in their effort to gain control of medical practice and eliminate competition, attained great political influence. They were even able to use the courts and police powers to enforce their dogma and eliminate “quackery.” Many alternative practitioners, such as Royal Rife, were forced out of business; some, such as Max Gerson, moved to Mexico, or the Caribbean. More recently some, such as Stanislaw Burzynski, MD, who developed an anti-cancer therapy, and Jonathan Wright, MD, who treats disease with diet therapy, have successfully defended themselves in court, due to loyal patient support and sympathetic juries, and are still in business. They have undergone much harassment, however, and have had their offices raided by armed marshals and their records seized.

The AMA has the same hold on medical practice here that the Vatican had on religion during the middle ages. But even as a reaction set in against the Vatican’s excesses, a reaction is setting in against the excesses of the AMA. Partly because of this and partly because of the failure of orthodox medicine to deal with spiritual issues, many people are turning to alternative medicine for help. We are hearing more and more such terms as alternative medicine, holistic medicine and integrative medicine.

Holistic means dealing with the whole person, physical, mental, emotional and spiritual. Integrative means integrating the best of American medicine with Hindu Ayurveda, traditional Chinese medicine, native American medicine, and others. We see men like Harvard graduate, Andrew Weil, MD, integrating spiritualistic Hindu concepts and Chinese concepts with American medicine; and men like Deepak Chopra, MD, who was born and raised in India and studied and taught at American medical schools, who has written half a dozen books explaining Hindu concepts in scientific terms to make them more acceptable to western minds. Some of these books have become best sellers. We see American schools of nursing teaching required courses in healing touch and medical schools investigating things like prayer and its effect on healing. We see American hospitals offering complementary and alternative therapies such as acupuncture, biofeedback, imagery, and visualization. I believe we are seeing the beginning of a movement which is going to change the philosophy of western allopathic medicine.

Next month’s article will be about holistic health.

(George McDaniel is my father-in-law, and has been a registered nurse for many years, which, along with much research, has taught him many useful health principles.