Light and darkness in healing methods 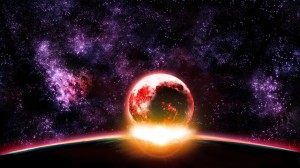 Second Kings chapter one tells the experience of Ahaziah, son of Ahab, king of Israel. He suffered a fall that left him severely injured. He then sent messengers to Baalzebub, the god of Ekron, to try to learn whether he would recover.

God sent Elijah to intercept the messengers with a message of His own to give the king, “Is it not because there is not a God in Israel, that ye go to enquire of Baalzebub the god of Ekron?” (2 Kings 1:3) God went on to say that because of this he would not leave the bed he was lying on, but would certainly die.

Ahab was a wicked king. First Kings 16:30 says that he “did evil in the sight of the Lord above all that were before him.” However, he considered himself also to be a worshiper of the true God of Israel. One indication is the names he gave his son. Ahaziah means “held by Jah,” and Jehoram means “exalted by Jehovah.” Ahab and his sons combined the worship of the true God with the superstitious beliefs of the pagan nations around them.

We can see a lot of the same thing happening in the world around us today. This has had a significant effect on health care. Interest in pagan religions and medicine is no longer limited to a few discontented radicals. Traditional Chinese medicine, Ayurveda (the healing arts of ancient India), and Native American medicine have their advocates and practitioners everywhere. Even many orthodox medical doctors are integrating some of these traditions into their practices.

One can see more frequently terms such as “holistic medicine,” or “integrative medicine.” These practitioners claim to treat the whole person (holistic), not just the part that seems to be sick. They also utilize techniques from orthodox medicine and some of these other areas (integration). Is there anything wrong with this?

Let’s start with a few facts: Traditional Chinese medicine (TCM), Ayurveda, and Native American medicine are the ones with the most influence in America. We don’t hear much of tribal African or Polynesian medicine. In these three traditions, the practice of medicine is integrated into the life with the religion of those people. In many cases the priests are the healers. Some other names for these people are “medicine man,” “shaman” or “witch doctor.” These people intercede with the spirits on behalf of the people. As these traditions have moved into modern-day America, some of these features have been downplayed.

One of the reasons for the rapid growth in the popularity of these ancient traditions is the failure of orthodox western medicine to effect lasting cures with its emphasis on treating symptoms with pharmaceutical chemicals. There is also the high cost of such treatment. Orthodox medicine has been successful in crisis intervention. I have two young grandchildren who became very ill recently with viral diseases. They might not be alive today if there hadn’t been a place they could go to receive IV fluids and oxygen. Where orthodox medicine falls short is in the treatment of chronic, degenerative diseases and diseases of the mind or spirit. It is in these areas that holistic, integrative methods have become popular.

In order to evaluate the appropriateness of any proposed treatment, whether orthodox or holistic, we need to prepare in advance with knowledge. First of all, we need knowledge of our Creator’s purpose for us. We need to know who made us, how we are constructed, and what will best keep us in good health. We also need to know what to do for minor illnesses and emergencies. We need to be able to separate facts from propaganda.

The so-called New Age movement has adopted many of the beliefs of holistic medicine. They also reject Christianity and adopt some of the beliefs of eastern religions. At the same time, it seems to me that conservative Christians are more likely to stick with orthodox western medicine with all its problems.

Another reason we are seeing more intrusion of eastern philosophies into America is that we are nearing the end of the conflict between the powers of light and of darkness. Satan is doing all he can to deceive people. He has a deception specifically made for everyone.

Following is a short list of commonly used techniques and substances used by TCM, Ayurveda and Native American medicine, along with some comments:

1.    Herbs – Herbs have formed the basis for the materia medica of all healers for most of human history. Herbs have many beneficial effects on the body, too numerous to mention here. Some herbs can alter brain functioning, and even cause hallucinations. We need to avoid anything that takes away our reasoning ability or otherwise brings harm or puts us in touch with evil spirits.

2.    Accupuncture – This comes from TCM and is based on the belief that there are energy meridians in the body that can be strengthened or balanced by accupuncture. I think it should be avoided because of its connection with the religion of ancient China. I can see a parallel here with “going to the god of Ekron” and not to the God of Israel.

3.    Applied Kinesiology – Many practitioners use this method, including many Christian doctors. The method can be used to to determine if a substance is good for one or harmful. Just hold some in your hand. If it is good for you, your strength will remain normal. If harmful, your muscles will be weaker. The tester uses the resistance of one’s arm to being moved to determine this. Those who use it say it works. More on that argument in the next item.

4.    Intuitive diagnosis – Someone using this method doesn’t use any biophysical measurements. He doesn’t even have to be in the presence of the patient. It can be done over the phone. As he talks to the patient, a picture of the problem comes to his mind. A local doctor that I know has a friend who does this. This man is well-known in the holistic health field. He has a Ph.D. in toxicology and worked at NIH in Maryland before going into TCM and other things. The doctor who uses his services for help in puzzling cases says he has never known him to be wrong. He has found things that were not discovered by lab and x-rays. The local doctor thinks his friend has a gift from God. It works, but how? Some intuitive diagnosticians go into a trance. Can you see the groundwork being laid here for the final battle for men’s minds by evil forces?

5.    Iridology – This is diagnosis of body problems by changes in the iris of the eye. The practice of iridology is not new. The oldest records available show that a form of iris interpretation was used in central Asia nearly 3,000 years ago. It is more than coincidence that eye chart zones are divided into 96 compartments. The third eye chakra of Ayurveda has 96 divisions. We can see that iridology has roots in Hinduism.

6.    Hypnotism – Some people, under hypnosis, have been regressed in time to prior lives. This is obviously unbiblical. Hypnosis is dangerous and shouldn’t be used.

7.    There are many other things to beware of. Some of these are: mind-altering drugs, meditation that results in a trance state, communication with spirits.

One of the major themes of New Age is based on Satan’s lie in the Garden of Eden: “Your eyes shall be opened, and ye shall be as gods.” This theme says that we all have divinity within us and we need to get in touch with that divinity within in order to progress. It claims that God is not some transcendent being out there, He is in each of us and in everything.

Everything we do for our health, physical, mental and spiritual, needs to be judged on its own merit, not on who believes in it or who is promoting it. Before any of us gets involved in anything, stop and think: Where does this lead? Does it lead to Baalzebub, god of Ekron, or to the God of Israel?