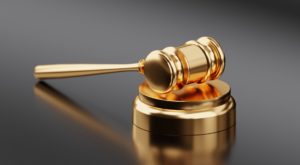 As God is the only moral governor, as his is the only moral government, as his law is the only moral law, and as it pertains to him alone to punish immorality, so likewise the promotion of morality pertains to him alone. Morality is conformity to the law of God; it is obedience to God. But obedience to God must spring from the heart in sincerity and truth, or it is not obedience; for the law of God takes cognizance of the thoughts and intents of the heart. But “all have sinned, and come short of the glory of God” (Romans 3:23). By transgression, all men have made themselves immoral. “Therefore by the deeds of the law [by obedience] there shall no flesh be justified [accounted righteous, or made moral] in his sight” (Romans 3:20). As all men have, by transgression of the law of God, made themselves immoral, therefore no man can, by obedience to the law, become moral; because it is that very law which declares him to be immoral. The demands, therefore, of the moral law, must be satisfied, before he can ever be accepted as moral by either the law or its Author; but the demands of the moral law can never be satisfied by an immoral person.

If ever men shall be made moral, it must be by the Author and Source of all morality. For “now the righteousness [the morality] of God without the law is manifested, being witnessed by the law and the prophets; even the righteousness [the morality] of God which is by faith of Jesus Christ unto all and upon all them that believe; for there is no difference; for all have sinned [made themselves immoral], and come short of the glory of God” (Romans 3:21-23). It is by the morality of Christ alone that men can be made moral. And this morality of Christ is the morality of God, which is imputed to us for Christ’s sake; and we receive it by faith in him. Then by the Spirit of God the moral law is written anew in the heart and in the mind, sanctifying the soul unto obedience—unto morality. And there is no other in this world. Therefore, as morality springs from God, and is planted in the heart by the Spirit of God, through faith in the Son of God, it is demonstrated by proofs of Holy Writ itself, that to God alone pertains the promotion of morality. 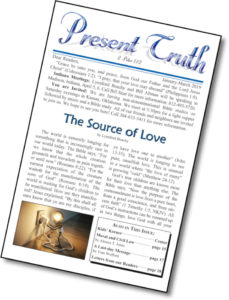 God, then, being the sole promoter of morality, what body has he made the conservator of morality in the world, the church, or the civil power?—The church, and the church alone. It is “the church of the living God” (1 Timothy 3:15). It is “the pillar and ground of the truth” (1 Timothy 3:15). It was to the church that he said, “Go ye into all the world, and preach the gospel to every creature” (Mark 16:15); “and, lo, I am with you alway, even unto the end of the world” (Matthew 28:20). It is by the church, through the preaching Jesus Christ, that the gospel is “made known to all nations for the obedience of faith” (Romans 16:26). There is no obedience but the obedience of faith; there is no morality but the morality of faith. Therefore it is proved that to the church, and not to the state, is committed the conservation of morality in the world. This at once settles the question as to whether the state shall teach morality, or religion. The state cannot teach religion. It has not the credentials for it. The Spirit of God and the gospel of Christ are both essential to this teaching, and neither of these is committed to the state, but both to the church.

But though this work be committed to the church, even then there is not committed to the church the prerogative either to reward morality or to punish immorality. She beseeches, she entreats, she persuades men to be reconciled to God; she trains them in the principles and the practice of morality. It is hers by moral suasion or spiritual censures to preserve the purity and discipline of her membership; but hers it is not either to reward morality or to punish. This pertains to God alone. Morality or immorality have their springs in the secret counsels of the heart; and as God alone knows the heart (1 Kings 8:39), he alone can measure either the merit or the guilt involved in any question of morals.

By all these evidences is established the plain, common-sense principle that to civil government pertains only that which the term itself implies,—that which is civil. The purpose of civil government is civil, and not moral. Its function is to preserve order in society, and to cause all its subjects to rest in assured safety, by guarding them against all incivility. Morality belongs to God; civility, to the state. Morality must be rendered to God; civility, to the state “Render therefore unto Caesar the things which are Caesar’s; and unto God the things that are God’s” (Matthew 22:21).

(This article was taken from the July 15, 1889 edition of Bible Echo and Signs of the Times. Some minor editing was done for this publication.     Editor)