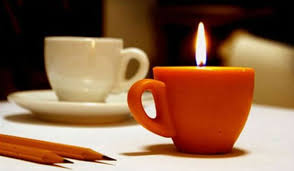 Last month I stated that I believed that a basic change is occurring in the philosophy of traditional western allopathic medicine. This change will occur more rapidly as the old hard-line traditionalists die off and are replaced by young people with new ideas. The article this month has to do with the philosophy of health that is bringing in these changes.

Holistic health means treating the whole person, not just the physical problems. It is a fact that the spirit, the mind and the body are closely connected. What affects one also affects the others. Treating only physical symptoms doesn’t help if the cause is spiritual or mental. If the spiritual or mental condition is not treated, it can resurface as another physical symptom. A doctor who is not aware of the true cause will prescribe another medicine in addition to the first one that the patient is still taking. This is one reason that many older people are taking six or eight, or even more, medicines.

Many of these medicines, in addition to suppressing physical symptoms, are toxic. They can cause actual damage to the liver, kidneys, nerves, immune system, blood-forming organs, and others.  This is one reason each person must understand how the body works and what will keep it in good health. In addition, each person must understand his own body and what keeps him in good health, because everyone is different and responds differently to the environment. This is true holistic health. We shouldn’t have to use the medical profession except for true emergencies.

The “holistic health” that this article focuses on is sometimes referred to as new age holistic health. The term “new age” is based in astrology. For the past 2000 years, it is believed that we have been in the age of Pisces. We have now left the age of Pisces and are entering the age of Aquarius. Pisces was dominated by Christianity. Adherents of new age thinking feel that we are leaving behind the old superstitions and are entering a new enlightened age. The new age movement has adopted holistic health ideas and has helped to expand them and to gain them acceptance.

The counter-culture movement that began in the 1950s provided impetus to the new age and holistic health movement. Adherents of this movement were called by many names: hippies, beatniks, peaceniks, and flower children are among the best known. The Beatles were one aspect of this movement. The use of mind-altering drugs was encouraged, as was also transcendental meditation, another mind-altering technique. Attention was focused on the spiritualistic religions of India, China and native America. These religions include well-developed systems of healing and disease prevention interwoven with spiritualistic religious concepts.

Many young people went on pilgrimages to India to learn from the Hindu masters. The interest was so great that some Hindu sages came to the USA and other western nations as missionaries. As these people become more familiar with our culture, they are able to introduce their beliefs in language that is familiar to us so that we will accept these beliefs more readily.

Some characteristics and concepts of new age holistic health follow:

I am going to close this article with a few quotations from a book by Deepak Chopra, MD, to illustrate these ideas.

Dr. Chopra was born and raised in India. He taught at Tufts University and Boston University schools of medicine, and became chief of staff at New England Memorial Hospital. He is director of the Institute for Mind/Body Medicine and Human Potential in San Diego. He has written at least six books that have become best sellers.

The particular book I am quoting from is, Ageless Body, Timeless Mind. One reviewer states, “Like Chopra’s other fine books on health-related subjects, Ageless Body, Timeless Mind is written in the straightforward upbeat style of a typical American self-help book. When expressed at all, the mystical beliefs at the heart of the Ayurvedic practice are couched in terms of western science.” (William A. Davis, Boston Globe)

Here is some of what Dr. Chopra has to say: “All these examples show that death doesn’t have just one value, either positive or negative. Dying is a form of change, and as such it has to be seen within the larger framework of non-change. ‘People have a wrong idea about death,’ Maharishi once remarked to me, ‘They see it as an end, but it is really a beginning!’ You may call that an article of faith, but to me it’s a realistic statement of fact.” (page 312)

“These feelings are natural, of course; there is pain at the loss of anyone we love. But the pain does not have to be deep and enduring if you have absorbed the reality of life as an eternal flow in which there is no loss or gain, only transformation.” (page 312)

“We are of timeless essence. We were born in the bottomless pool that sends up bubbles of time and space. One bubble is a moment, another is a millennium. But the pool itself is pure spirit, and no matter how many stars and galaxies rise from it and burst on the surface like fragile foam, nothing has been taken away or added. Being is deep, clear, permanent, ever the same. It is amazing to think that our everyday existence springs from this infinitely renewable source, but life has no other basis.

“Unbounded intelligence, freedom, and power are inherent in the unified field that Einstein and the ancient sages shared in their vision. Immortality dawns when you realize that you deserve your place in the eternal flow. Knowing this, you can claim your immortality here and now, in every second, for time is nothing but quantified immortality. Nature waits to lavish this supreme gift upon you. Having nourished us for millions of years, the sea, the air, and the sun are still singing the song we must begin to appreciate once more.” (page 315)

The bottom line of the new age movement is that there is a way to immortality and perfection without a personal God. There is no need to overcome sin. In fact, the concept that sin results in separation from God is seen as a false belief that gives reality to evil, disease, and death and darkens the ability to see one’s true self as an individualization of the “mind of God.”

The great majority of people in the USA don’t concern themselves with learning how to stay healthy, either physically or spiritually. They let the “authorities” tell them what to do. They go to work all day, and then in the evenings and on weekends allow themselves to be passively entertained by television. Their choices of what to eat, drink, wear, etc., are made for them by the producers with the biggest advertising budgets. When we realize how deeply our society has been infiltrated by spiritualistic Hindu theories, and that much of what Hollywood produces contains this philosophy, and that most people in this country constantly expose themselves to it, it is not hard to understand Jesus’ words in Luke 18:8: “When the son of man cometh, shall he find faith on the earth?”

God’s people will find themselves differing from the wisdom of the whole world. “As it was in the days of Noah”; eight people against the whole world. Remember, He that endures to the end will be saved. (Matthew 10:22) Let us each one determine to be in that group.