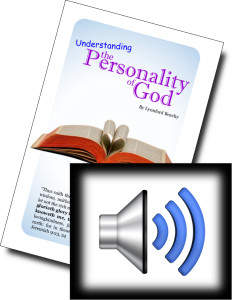 Listen to the Audio Book version

Christ did not raise Himself from the dead or else He would not have been dead to begin with, and His words could not be true, “I can of mine own self do nothing” (John 5:30). When the Son of God was asleep in the tomb, He was as the rest of the dead who “know not anything” and whose thoughts have “perished” (Ecclesiastes 9:5; Psalm 146:4).

Many Christians believe that when Jesus was on earth He was omniscient (all knowing), omnipotent (all powerful), omnipresent (having the ability to be all places at once), and immortal. These misconceptions keep people from being able to appreciate the magnitude of Christ’s sacrifice and suffering in our behalf. If Christ possessed these divine qualities while He was upon this earth, He could not have experienced surprise, terror, or any concern for His future outcome. It would reduce His emotional turmoil to merely reciting words of a play, pretending to be distressed.

Some have been confused by Jesus’ statement: “Therefore doth my Father love me, because I lay down my life, that I might take 2983 it again. No man taketh it from me, but I lay it down of myself. I have power to lay it down, and I have power to take 2983 it again. This commandment have I received 2983 of my Father” (John 10:17, 18).* [Footnote: * The small Strong’s number in this verse represents a Greek word in the original text.]

The Greek word λαμβανω – lambano that was translated “I might take,” (with Strong’s number 2983), can mean take, but also means “to receive (what is given), to gain, get, obtain, to get back” (Thayer’s Greek Lexicon). Please notice that this word is also used in verse 18 but is translated “received.” Christ laid down His life that He might receive it again. The Greek word εξουσιαν – exousia that was translated “power” can mean power, but also means “authority, permission” (ibid.) Christ had permission to lay down His life so that He could receive it again from His Father. 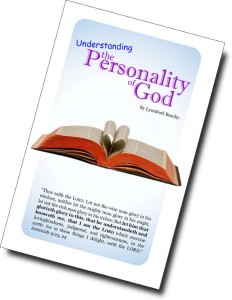 The above translations are correct in the way they render the words “authority” and “receive.” Jesus was not stating that He could raise Himself from the dead. The prophecy in Psalm 88:8 was true of Him, which says, “I am shut up, and cannot come forth.”

Peter wrote, “For Christ also hath once suffered for sins, the just for the unjust, that he might bring us to God, being put to death in the flesh, but quickened by the Spirit: By which also he went and preached unto the spirits in prison; Which sometime were disobedient, when once the longsuffering of God waited in the days of Noah, while the ark was a preparing, wherein few, that is, eight souls were saved by water” (1 Peter 3:18-20). Some people think these verses prove that Jesus was conscious while His body was dead, and that He went down to hell to preach to dead people. This of course would not be possible, for dead people cannot even think, and they certainly could not hear a sermon. Not only that, if these dead people were already lost, as most would agree, no amount of preaching would benefit them. Christ would have been wasting His time on two accounts: they could not hear him, and they could not be benefitted even if they could.

The difficulty is cleared up in verse 20. Peter wrote that Christ “preached [past tense] unto the spirits in [present tense] prison.” It is obvious that Jesus preached to these people through Noah (1 Peter 1:11). The preaching was done long ago while Noah was still alive. There is nothing in the verse that requires that these wicked people who lived before the flood were being preached to while they were in prison, instead they were preached to while they were still alive, and now they are in prison, or dead.

It was an immense sacrifice for Christ to limit Himself by becoming a man to live among us. There was a genuine risk involved. He could have sinned, which would have doomed Himself, along with the entire planet. God’s entire “government” was “upon his shoulder” (Isaiah 9:6). If Christ would have failed, God’s government would have failed.

While Christ was in heaven, He could not die (Hebrews 2:9). But when He laid aside the aspects of divinity that prevented Him from experiencing death, He was wide open for the attacks of the devil. “For we have not an high priest which cannot be touched with the feeling of our infirmities; but was in all points tempted like as we are, yet without sin” (Hebrews 4:15). The Bible says, “God cannot be tempted with evil” (James 1:13). Comparing these two texts demonstrates that while Christ was here He did not retain those qualities of divinity that prevent God from being tempted, such as omniscience. Satan knew that Christ was vulnerable, and he exercised all his energies to get Jesus to fall into sin, with no success.

Christ’s Ability to Save Us

To accomplish our salvation, Christ was obligated to take upon Himself our fallen human flesh. “For verily he took not on him the nature of angels; but he took on him the seed of Abraham. Wherefore in all things it behoved him to be made like unto his brethren, that he might be a merciful and faithful high priest in things pertaining to God, to make reconciliation for the sins of the people. For in that he himself hath suffered being tempted, he is able to succour them that are tempted” (Hebrews 2:16-18). His carnal flesh was just like ours, yet His mind was pure. His mind could not have been carnal, for the Bible says, “the carnal mind is enmity against God: for it is not subject to the law of God, neither indeed can be” (Romans 8:7). Christ “loved righteousness, and hated iniquity” (Hebrews 1:9). He said, through the Psalmist, “I delight to do thy will, O my God: yea, thy law is within my heart” (Psalm 40:8). This was Christ’s experience from his mother’s womb. He was “born again” from the beginning of his life as a man. Yet, for all others Christ declared, “Ye must be born again” (John 3:7).

Some may say that Christ had an advantage over us if He naturally loved righteousness from the beginning, and all others are born with a bent towards sin. This is true, this is a huge advantage over the unrepentant sinner, but Christ gives this advantage to all those who accept Him into their hearts. Love for righteousness and hatred for iniquity is not inherent in fallen man. It is something that must be instilled in us when we are born again. God promises to give us a new heart causing us to walk in His ways (Ezekiel 36:26, 27). This is what the new covenant is all about! God promised, “But this shall be the covenant that I will make with the house of Israel; After those days, saith the Lord, I will put my law in their inward parts, and write it in their hearts; and will be their God, and they shall be my people” (Jeremiah 31:33, also quoted in Hebrews 10:16).

The Bible says, “And because ye are sons, God hath sent forth the Spirit of his Son into your hearts, crying, Abba, Father” (Galatians 4:6). I am glad that Jesus has something better, or else He could not offer us anything more than we already have. I know from experience that I need something better, and that something better is in Christ. It is my prayer that you will experience the blessing of “Christ in you, the hope of glory” (Colossians 1:27).

Jesus said, “For God so loved the world, that he gave his only begotten Son, that whosoever believeth in him should not perish, but have everlasting life” (John 3:16). This great gift of God demonstrates His love for us more than anything else in the universe. Understanding the value of this gift is what enables us to love God with all our hearts, which will naturally result in our lives being changed.

The trinity doctrine was invented for the sole purpose of hiding God’s love. Not only does it hide the fact that Jesus Christ is the literal Son of God, begotten of the Father before anything was created, but it also covers up the reality of Christ’s sacrifice for us. It claims that Jesus Christ was all knowing, immortal and all powerful while He was here on earth, which completely removes any possibility of Him being terrified or troubled while He was on earth. Think about it. If you were immortal and all powerful would there be anything that could terrify you or cause you to be concerned about your well being? Certainly not! Surely you can see how dangerous such an idea is when it is applied to Christ. All that we have seen of His internal struggle and emotional anguish could not possibly have been real if He was immortal and all powerful while He was here. But the Bible says that He was in “anguish,” that His soul was “exceeding sorrowful unto death,” that “He sweat as it were great drops of blood,” that He was struck with terror. All of this took place before a soldier laid a hand upon Him. The extreme anguish that Christ suffered for us was real. The trinity doctrine would have us believe that it was all a fake, that He was just reciting words in a play.

My friends, Jesus Christ truly suffered and died for our sins. May God remove every obstacle that would keep us from beholding “what manner of love the Father hath bestowed upon us” (1 John 3:1).

Christ trusted entirely upon His Father for help in every situation. He yielded up His eternal life into the hands of His Father. This He did, knowing that at any moment He could have called upon His Father to rescue Him from His struggles, and leave all of us rebellious sinners to perish for eternity. (See Matthew 26:53.)

That is how much He loves you and me. When Christ died on the cross, He gave all that He had to give. He offered up His entire being as a sacrifice for sin. His soul was made an offering for sin so that we might live.

My friend, if you have not yet given your life to Christ, if you have not tasted the wonderful joy of knowing that your sins are forgiven and you are at peace with God, I invite you to do it now, before it is forever too late. “Behold, now is the accepted time; behold, now is the day of salvation.” (2 Corinthians 6:2) “O taste and see that the Lord is good: blessed is the man that trusteth in him.” (Psalm 34:8)